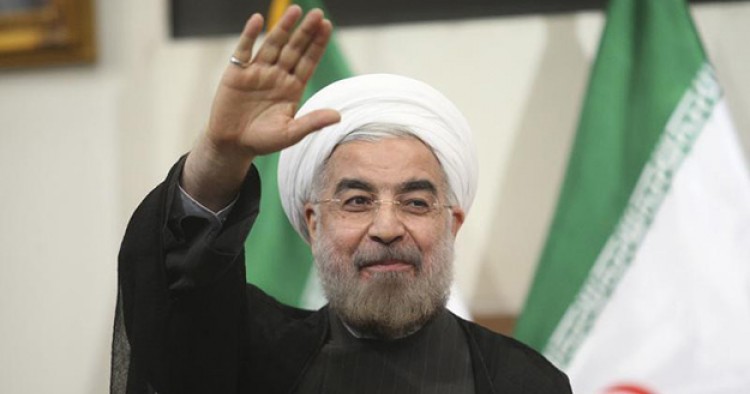 Iranian President Hassan Rouhani has said that all centers of power in Iran should work together to seek the support of European and Asian powers to isolate the United States, the Iranian media reported. “Being a revolutionary means that we isolate America and speak in a way that the world understands our words,” he told a gathering of Iranian judicial officials in Tehran. “Our foreign policy can be such that if American wants to pursue a policy against us, Europe, China and Russia also stand alongside it; or we can act in a way that if they want to confront us, other powers condemn and rebuke them,” he added. “Do we want America to make a statement at the [U.N.] Security Council and 14 other members approve it?” he asked. “Or do we want that if they make a claim, 14 other members either vote against or abstain from it.” The Iranian president further noted that his government, with the support of Supreme Leader Ali Khamenei, managed to remove international nuclear-related sanctions on Iran, but cautioned that Washington might take certain actions that would be in violation of the nuclear agreement. That is why, he argued, it is important for Iran to seek cooperation from other world powers to confront the United States and its allies, particularly Israel and Saudi Arabia.

Comment: As the Trump administration is ratcheting up economic sanctions on Tehran and working with Washington’s Arab allies to push back against Iran’s growing influence in the region, Iranian officials are reaching out to potential allies around the world to minimize the impact of U.S.-led efforts to contain the Islamic Republic. Tehran, in particular, is trying to drive a wedge between the United States and major European powers. And in that effort, the Rouhani government appears to have had some success.

Last week, for example, Iran’s Foreign Minister Javad Zarif blasted the Trump administration’s travel ban and new U.S. sanctions on Iran in a meeting with his German counterpart Sigmar Gabriel in Berlin. The foreign minister of Germany, which is a signatory to the Iran nuclear accord, agreed with Zarif that the deal should be fully implemented by all parties involved. "We stand behind this agreement and want to support all the parties in their efforts to fulfill it," Gabriel said. "As the Federal Republic of Germany and as Europeans we would oppose any attempts to call it into question."

Similarly, at the Security Council on Thursday, European leaders did not join U.S. Ambassador to U.N. Nikki Haley in condemning Iran’s ballistic missile or support for terrorism.