Rouhani: Home-Made Satellites Are Not Enough 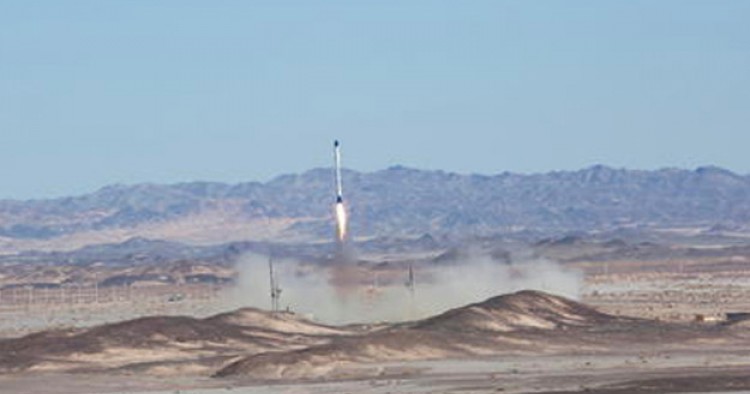 Rouhani has not been as keen as his predecessor, Mahmoud Ahmadinejad, in publicizing Iranian space projects. However, on this occasion he made sure to distinguish between space programs that can be implemented in Iran and at the hands of Iranian scientists versus importing advanced technologies that Iran otherwise would not have a capacity to indigenously produce.

“Complete reliance on exports or putting aside the world’s vast reservoir of experience are both wrong. We need to put our domestic capacities and scientists together with global knowledge and technology,” Rouhani said. The Iranian president, always careful to cast his policy arguments in nationalist terms that are harder for his hardline critics to denounce, linked Tehran’s growing space programs to its achievements in the realm of nuclear industry. “Before, we had to purchase [nuclear plants] from Russia, but today we have made a deal with [Moscow] under which Iran will build 20 per cent of the plant and Russia the rest 80 per cent of it. For the next power plant, we will take over 40 per cent of the construction project.”

The unveiling of the latest satellites came on the back of Iran’s latest controversial ballistic missile tests, which has been strongly condemned by Washington. Furthermore, critics of Iran argue that there is only a thin line between Iran’s space programs and its development of ballistic missiles. Tehran maintains that both its satellite and its ballistic missile efforts are legitimate and not even the moderate President Rouhani sees fit to do more about lessening regional anxieties in this context.