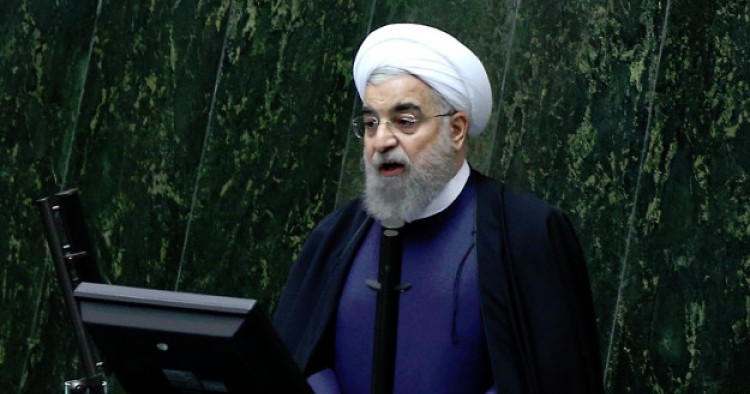 On Sunday, Iran’s President Hassan Rouhani pledged support for Qatar in its latest standoff with Saudi Arabia and its regional allies and called for the expansion of bilateral ties between Tehran and Doha, the Iranian media reported. In a telephone conversation with Qatar's emir, Sheikh Tamim bin Hamad al-Thani, Rouhani reportedly emphasized that Tehran rejected “all forms of pressure, threats and sanctions” and added that “the siege of Qatar is unacceptable.” According to Hamid Aboutalebi, the deputy chief of staff for political affairs at Rouhani’s office, the Iranian and Qatari leaders also stressed the expansion of economic and commercial ties, particularly in the private sector. Rouhani further promised the Qatari leader that Iran’s airspace, land and sea will always remain open to Qatar. Al-Thani, according to the Iranian media, also hailed “historical and strong” bonds between Iran and Qatar and noted that he had called on all relevant government authorities to expedite efforts to expand Doha-Tehran relations.

Comment: On June 5, Saudi Arabia and its regional allies – including Egypt, United Arab Emirates and Bahrain – severed diplomatic and commercial relations with Qatar, accusing the latter of cultivating close ties with Iran and supporting terrorism. The Saudi-led bloc recently submitted a list of 13 key demands to Doha to end the crisis, including shutting down Qatar’s Al Jazeera media network, closing Turkey’s military base in Qatar and downgrading Doha’s ties with Tehran. But the Qatari leader’s phone call with Rouhani indicates that Doha is unlikely to oblige and instead seeks to improve its ties with the Islamic Republic.

The intra-Arab dispute has provided Tehran a sense of relief to Tehran, which has been worried about the creation of a U.S.-supported regional security alliance to counter Iranian ambitions in the Middle East. However, while the Iranian government has tried to capitalize on the Gulf crisis to undermine Arab unity and Riyadh’s role in the region, it has acted with caution. That is because Tehran distrusts Qatar and Doha’s regional ally Turkey, and also fears that Tehran’s all-out support to Qatar might provoke a strong reaction from Washington and Riyadh.

There is, though, a consensus in Iran that the government as well as the private sector should take full advantage of the Gulf dispute to boost Iranian exports to Qatar. In recent days, Iran has kept its airspace open for Qatari flights and sent hundreds of tons of food to Qatar to mitigate the country’s food shortage.