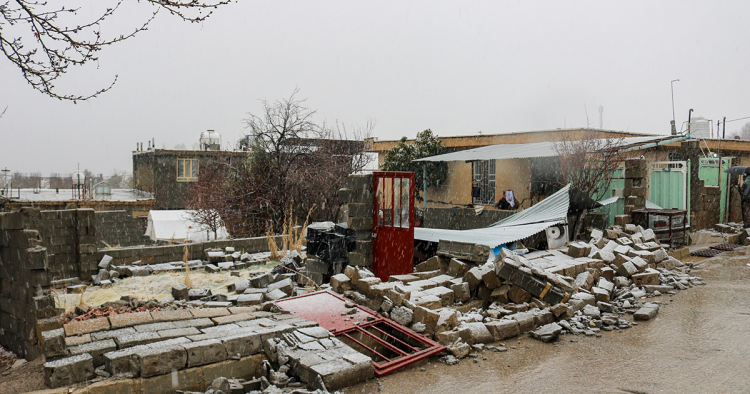 During the National Day of Villages and Nomads in Iran on Oct. 6, President Ebrahim Raisi visited Kohgiluyeh and Boyer-Ahmad Province and spoke about combatting rural deprivation. That day, his minister of agriculture, Seyed Javad Sadati-Nejad, did the same in a rural and nomadic region of Markazi Province that has been plagued by drought. Raisi likely chose Kohgiluyeh and Boyer-Ahmad not only because it suffered from pronounced urban-rural disparities and had been hit by a 5.6-magnitude earthquake on Feb. 17, but also because it was where he had won the presidential election by the slimmest margin.

While official visits and speeches in the provinces and villages on that day are a customary practice, the issue of rural deprivation has become central to Raisi’s domestic agenda. Coinciding with his visit and speech in Kohgiluyeh and Boyer-Ahmad, Raisi ordered his first vice president, Mohammad Mokhber Dezfuli, to form a working group of political officials and development experts to comprehensively study the issue and possibly revive the defunct rural development organization and ministry, Construction Jihad, within 20 days. In 1979, Construction Jihad was established as a revolutionary organization and began delivering projects and services to the provinces and villages in the areas of infrastructure, education, health care, agriculture, and industry. During the Iran-Iraq War, it provided logistical support to Iranian forces on the front. In 1983, Construction Jihad became a government ministry before merging with the Ministry of Agriculture and ceasing to exist independently in 2001.

Politically, Raisi has prioritized the issue of rural deprivation for three reasons. First, he has done so to appease his primary patron, Supreme Leader Ayatollah Ali Khamenei. In 2019, Khamenei reportedly requested the previous government to prioritize rural deprivation and revive Construction Jihad. Second, Raisi is using this issue to secure a second term and maintain popular support after winning an election with a historically low voter turnout and receiving high public approval for his government’s response to the COVID-19 pandemic. Third, Raisi’s focus on rural deprivation is consistent with the campaign and communication strategy of the conservatives. Since losing control of the government in 2013, they have sought to differentiate themselves from the reformists by criticizing them for overfocusing on sociocultural freedoms, catering to wealthy Iranians, and neglecting the economic grievances of the oppressed and dispossessed — popular buzzwords in the Islamic Republic’s revolutionary and religious rhetoric.

Raisi’s prioritization of rural deprivation does not just have socioeconomic and political implications, but also security-related ones involving the regime’s durability and survival. His statements and actions surrounding this issue have sparked a spirited debate among elites and experts that are as much related to alleviating rural deprivation as they are to improving national governance.

In Iran, rural deprivation has remained serious and steadily worsened. According to economist Djavad Salehi-Isfahani, living standards based on real per capita expenditures between 2007 and 2020 declined 39% in rural areas compared with 26% in urban areas and 11% in Tehran. Between 2019 and 2020, the rural poverty rate rose from 22% to 25% and was significantly higher than the urban rate of under 10%. These lower living standards and higher poverty rates have accelerated rural migration and depopulation.

Conservative officials and commentators have argued that prioritizing rural deprivation and reviving Construction Jihad are necessary because rural migration and depopulation undermine Iran’s agricultural production, animal husbandry, and food security. While this argument may seem logical on the surface, the relationship between rural migration and agricultural production in developing countries is not straightforward or unidirectional and has been the subject of multiple studies. One such study on Iran, albeit with outdated data from 1956-1996, found that to reduce rural migration by 1%, agricultural production had to increase by almost 23%. For this reason, elites and experts have stressed the need to curb rural migration through economic diversification in sectors like tourism and technology. During his visit to Markazi Province, Sadati-Nejad promised subsidies, loans, and inputs to farmers and herders, without suggesting tangible ways to diversify its economy or considering how his proposed measures risked further elevating Iran’s budget deficits and depleting its water resources.

Beyond strengthening agricultural production and food security, Raisi and Khamenei probably perceive combatting rural deprivation as a means of promoting sociopolitical stability and regime survival. Since 1979, the rural population has decreased from around 53% to 25% of the total population. In the process, rural youth and other residents have migrated to overcrowded and sprawling slums, squatter settlements, and shanty towns around the cities in search of formal and informal employment. Scholars like Asef Bayat and Ali Kadivar have shown that, contrary to the urban middle class demonstrations of the 2009 Green Movement, the waves of protest and violence that have occurred since 2017 were driven by educated, unemployed, and frustrated lower-middle class and poor youth and other residents of urban slums, settlements, and shanty towns. Without mentioning the politically sensitive topic of the protests and riots, Raisi, Sadati-Nejad, and other conservative officials and commentators have emphasized the need to mitigate rural migration and urban marginalization. Some pundits have advocated doing so through job creation, economic diversification, and vocational or technical training.

For Raisi and Khamenei, reducing rural deprivation is not just necessary to prevent popular protests, but also to pacify ethnic provinces along the periphery. As protests spread across the country between 2017 and 2018, Iran experienced a series of major and high-profile terrorist attacks on its soil. During this period, ISIS attacked Ayatollah Ruhollah Khomeini’s mausoleum and the Iranian parliament in Tehran and a military parade in Ahvaz between 2017 and 2018. While ISIS claimed responsibility for the attacks, allegedly complicit in them were Iranians from ethnic border provinces with lower socioeconomic and developmental indicators and higher urban-rural disparities. While various forms of discrimination have also fueled the grievances in these provinces, a narrative emerged following the attacks in Tehran surrounding the development-security nexus. This narrative validated the efforts of the former president, Hassan Rouhani, and the Islamic Revolutionary Guard Corps (IRGC) to establish and expand employment and development programs in these provinces in 2016. At the behest of Khamenei and despite Raisi’s criticism of his predecessor, his focus on rural deprivation has constituted a continuation of this policy.

Although a consensus exists among elites and experts concerning the urgency of alleviating rural deprivation, differences persist between them regarding how to achieve this objective. These differences get at the heart of not just rural policy, but also national governance in an electoral authoritarian system with bifurcated powers and institutional redundancies. Across the political spectrum, elites and experts recognize that one of the greatest obstacles to combatting rural deprivation is the lack of coordination and integration of at least 20 government agencies and organizations that are responsible for addressing the issue in some way. Some of them are under the purview of the supreme leader while others are under that of the president. To illustrate this point and as alluded to above, rural employment and development programs were separately created between 2016 and 2021 by Rouhani through the bureaucracy and parliament, on one side, and by Khamenei through parastatal entities like the IRGC and the Barakat Foundation/Execution of Imam Khomeini’s Order (EIKO), on the other side. It could be argued that these redundancies are currently less consequential due to Raisi’s proximity and deference to Khamenei as his trusted disciple and potential successor. However, even in this scenario and as in the past, intra-executive tensions and territoriality cannot be completely ruled out.

Raisi’s proposal to tackle rural deprivation by reviving Construction Jihad has generated an intense debate about rural policy and national governance, and triggered three responses. First, some government officials, development experts, and former members of the organization have argued it should be recreated inside the Ministry of Agriculture or another governmental institution. In this capacity, Construction Jihad could ostensibly oversee all the entities involved in rural development and serve as a single trustee for the rural and nomadic areas. Second, other officials, experts, and members have insisted the organization should remain outside a bloated, disjointed, dysfunctional, and corrupt state system. In their view and as an NGO, Construction Jihad could operate more effectively as an intermediary between the Iranian government and rural society and would be better positioned to assess the latter’s priorities and leverage its capacities. Third and finally, another group of these individuals have outrightly opposed the president’s proposal. They would prefer to preserve the reputation of an organization that is generally revered for its revolutionary and religious commitment, altruism, and self-sacrifice, as well as its positive performance and developmental and wartime achievements — even if its reputation has been carefully crafted and the reality is more complicated. As in the past and in a top-down fashion, noticeably absent from this debate are the essential voices of villagers and nomads.

For Raisi, the stakes of his proposal for Iran’s political and socioeconomic stability and future are exceedingly high. In some provinces and villages, government mismanagement has exacerbated climate change and prolonged drought. They, in turn, have caused water and electricity shortages, stymied agricultural production, accelerated rural migration, and precipitated popular unrest, as evidenced by the dire conditions and contentious events in Khuzestan last summer. Already a contributing factor to the protests and riots that have occurred since 2017, any real and perceived failures and unmet expectations surrounding the government’s rural development plans and policies risk reigniting a mass uprising and state repression. And yet, without systemic reform and improved governance, it is difficult to fathom how such suboptimal and tragic outcomes could be avoided.

Eric Lob is an associate professor in the Department of Politics and International Relations at Florida International University. He is the author of the book Iran’s Reconstruction Jihad: Rural Development and Regime Consolidation after 1979 (Cambridge University Press, 2020). The views expressed in this piece are his own.