For Saudi Arabia, what now? 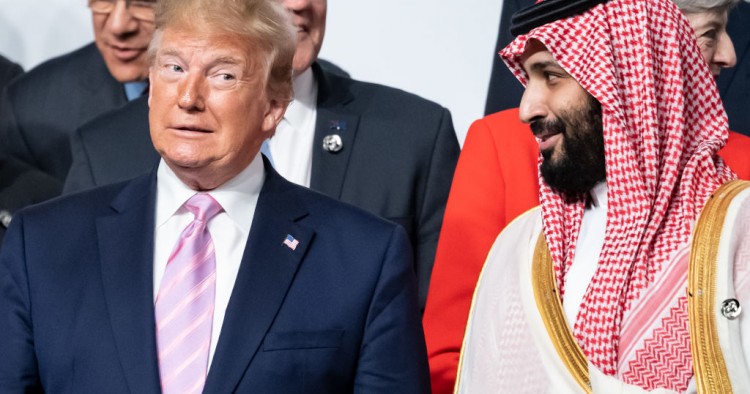 It’s doubtful that U.S. President Donald Trump’s new sanctions against Iran’s Central Bank, along with his commitment to modestly increase U.S. troops and equipment in the Gulf region, will much deter Tehran from attacking Saudi Arabia again. After all, the Iranians’ strategy for pushing back against Washington’s “economic warfare,” as they see it, is to ramp up their violence in the region and, specifically, go after vulnerable U.S. partners. If Tehran responds to these new sanctions by bombing a Saudi palace or a government ministry in Riyadh, it shouldn’t come as a surprise.

Should that happen, and Saudis die as a result, it would constitute a code red in the Kingdom. Saudi Arabia’s options would be limited, given its weak military capacity and suspect diplomatic muscle, but it’s a mistake to say that they don’t exist. The Trump administration should better understand Saudi thinking if it wants to avoid getting dragged into another endless war in the Middle East.

It remains unclear just how much control Crown Prince Mohamed bin Salman, or MBS, has over Saudi foreign policy under his ailing father King Salman, but his influence is significant. MBS’s immediate reaction to another devastating Iranian attack would be to test Trump’s pulse, but if he suspects that the U.S. response would be more of the same – assuming the Iranians avoid killing American soldiers based in Riyadh’s Prince Sultan Air Base – he might go it alone.

Continue reading on Defense One