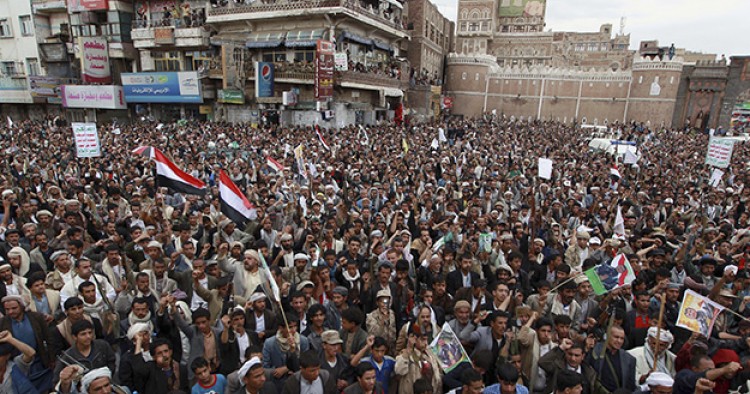 With its bold and public intervention in Yemen’s civil war, Saudi Arabia has cast off a half-century of caution and restraint in regional security affairs.

For decades the Kingdom’s preferred instruments of foreign policy were diplomacy, cash, and religion. The Saudis spent billions on weapons and military facilities, but their armed forces made only cameo appearances in the region’s many conflicts. They have generally avoided deployments that might spark opposition at home or politicize the armed forces. Even in the 1960s when Yemen was the battleground for a proxy war between Saudi Arabia and Gamal Abdel Nasser’s Egypt, the Saudis did not send their own troops. While Saudi Arabia is modestly participating in the coalition waging an air campaign in Iraq against the Islamic State (ISIS), the campaign is under the leadership of the United States and the Saudis have maintained a low profile.

Still, there have been signs for some time that the Saudis have decided to use their own muscle to protect their interests and reduce their long-standing security dependence on the United States. Over the past six years, more or less in parallel with the U.S. military drawdown in the area, the Saudis have undertaken smaller-scale military campaigns in neighboring countries, beginning with a 2009 air war against Yemen’s Houthi rebels who, the Saudis said, had crossed their border and were instigated by Iran. Then came the movement of Saudi troops into Bahrain to shore up the regime there during the Arab Spring uprisings, followed by the anti-ISIS action in Iraq and the conspicuous movement of Saudi troops to the Iraqi border. None of those actions approached the new Yemen intervention in scope or ambition, and none of them carried the same risks.

This time the Saudis took the lead in assembling a ten-nation military coalition in an urgent effort to prevent those same Houthis from seizing control of all of Yemen, and in winning political support for the campaign from the United States and from the Arab League. And they took the extraordinary step of announcing the start of the campaign at a news conference by the Kingdom’s ambassador to the United States, Adel al-Jubeir.

The ambassador said his country acted to protect the “legitimate government” of Yemen, led by President Abdu Rabbu Mansour Hadi. The Saudis were committed to him because they had engineered his assumption of the presidency in place of his predecessor, Ali Abdullah Saleh, whose long autocratic rule crumbled in the Arab Spring. The Houthis, who are mostly Zaydi Shi‘a and who are apparently allied with residual supporters of Saleh, “will not be allowed to take over the country,” Jubeir said.

Hadi had first fled the capital, Sana, after the Houthis seized it, and then Aden, on the southern coast, as the Houthis advanced toward it. He was reported on Thursday to have arrived in Riyadh. For better or worse, the Saudis own this one. It is not entirely clear what they hope to achieve, but there can be little doubt that they have a much larger objective than the restoration of Hadi’s government. They want to cut off the accelerating spread of Iranian influence across the region.

In the Saudi embassy’s official statement announcing the air campaign, and in al-Jubeir’s remarks, the words “Iran” and “Shi‘a” were never uttered. But given the Saudis’ well-known concerns about Iran—their Shi‘i rival for regional dominance—and the Iranians’ increasingly visible support for the Houthis, and the fact that the Saudis assembled an all-Sunni Muslim coalition to intervene, the Iran factor is evident. According to the knowledgeable security analyst Bruce Riedel, “[I]n Riyadh's estimate the Iranian gains are the biggest successes for their Persian rivals since the shah's fall. The Saudis also fear the Iranians with Iraqi help may try to stoke tensions and violence in Bahrain next.”

Saudi Arabia’s decision to act “did not come lightly” and was taken only after extensive discussion, according to al-Jubeir. It represents the first big test on the world stage for King Salman bin Abdul Aziz, who ascended to the Saudi throne in January. The decision to intervene was undoubtedly his, but preliminary reports from Riyadh say he acted after a vigorous policy argument in which the defense minister, his 34-year-old son Prince Mohammed, prevailed over the veteran foreign minister, Prince Saud al-Faisal.

It is understandable if Prince Saud was reluctant, because the list of things that could go wrong for the Saudis is daunting. They could simply fail, enabling the Houthis to take full control of a vital neighbor. That would be a spectacular embarrassment, and it can’t be ruled out because the Saudi armed forces have minimal combat experience. Images of civilian casualties in Sana could provoke a domestic backlash. The air campaign could have the negative effect of strengthening Riyadh’s deadly enemy, al-Qa‘ida in the Arabian Peninsula (AQAP), which is deeply entrenched in Yemen but has been challenged by the Houthis. And by its nature a bombing campaign will inflict physical damage on a country that is already desperately poor, increasing the chance that Saudi Arabia will confront a failed state across its porous southern border.

In fact, whoever emerges on top in Yemen, if anyone ever does, will gain a prize of dubious value. Yemen is the poorest country in the region and getting poorer as its population grows and oil revenue dwindles. It is also running out of water, and much of the water it does have is squandered on the production of the narcotic leaf qat, which has no nutritional content. Yemen also has a long tradition of tribal autonomy and resistance to central government control. The Saudis’ long-term interests might be better served by letting the Houthis take over the country and try to run it.