Sectarianism and ideology: The cases of Iran and Saudi Arabia 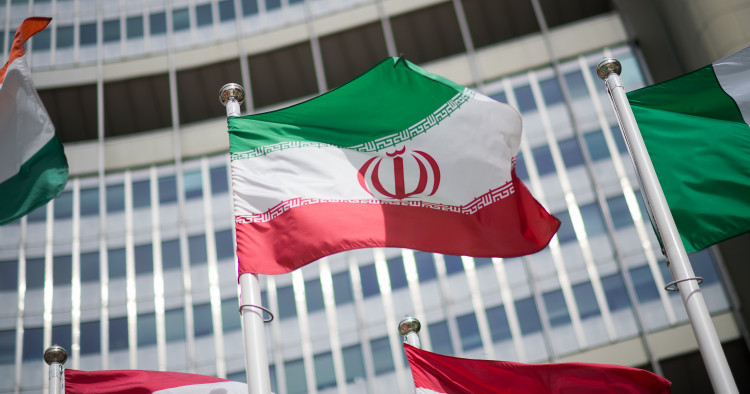 Many analysts oversimplify the political conflict between Iran and Saudi Arabia as one driven by sectarianism or Shi’a-Sunni tensions that has shaped the two states’ outlook and actions in the Middle East. However, their political differences are actually much more complex and deeper rooted.

One of the main differences is that the Saudi regime is not a theocratic regime like Iran, but rather a monarchy with a hybrid structure, neither wholly secular nor wholly religious. The Saudi sectarian movement was a reactionary response to the threats posed by the 1979 Revolution in Iran and the rise of Ayatollah Ruhollah Khomeini’s regime. In contrast, sectarianism is the main component of the revolutionary Khomeini regime and it is magnified in its constitution to assert its own hegemonic geopolitical ambitions. Therefore, when sectarian identity became incompatible with Saudi Arabia’s 2030 Vision and its development, the country embraced Saudi nationalism instead, while Iran shored up its sectarian identity because changing it would mean the collapse of the system.

To better understand the sectarian differences in both countries, it is important to first shed some light on the historical context as well as investigate the ideological and political differences between Iran and Saudi Arabia.

After the 1979 Revolution, the Khomeini regime turned Iran from a secular state into a fundamentalist theocracy, setting the scene for a dark historical period in the region that centered on magnifying sectarian differences. What distinguished the regime, and this is often missed by more sympathetic observers in the West, is that Iran under the Khomeini regime was an Islamic Revolution first, and an Islamic Republic second. The revolution did and does not exist to perfect the state; the state — the republic — is simply a means to support and perfect the revolution. As a result, the revolution is prioritized.

The supreme leader is the leader of the revolution, not of the republic, and the Islamic Revolutionary Guards Corps (IRGC) is sworn to defend the purity of the revolution from enemies both within and without. Therefore, since the establishment of the Islamic Republic of Iran in 1979, the regime has sought to export its revolutionary ideology in an effort to establish Iranian hegemony across the Islamic world. This has prompted the American diplomat Henry Kissinger to remark on several occasions that Iran needs to decide “whether it wants to be a nation or a cause.”

So, the principal theme that unifies Iran’s revolutionary ideology is the rejection of foreign dominion over Iran, especially the influence of the United States. The most popular slogans are Anti-American and anti-imperialist ones that assert Iran’s desire to strike a politically and ideologically independent path — “neither East nor West.” In order to resist American hegemonic power, it sees its duty as supporting vulnerable people, and Iran views the Shiites in Arab countries and the Palestinians as falling into this category.

Thus, there are two pillars of Iran’s foreign policy: Sectarianism and an “Arab Street” strategy that emphasizes Iran’s commitment to the Palestinian cause and opposes Western imperialism — mainly Washington’s hegemonic schemes in the region — although ironically it does so to assert its own hegemonic geopolitical ambitions. Putting its foreign policy into practice, Iran has pursued a two-pronged approach, employing both hard and soft power strategies.

In terms of hard power, Iran has offered financial, ideological, and material support to non-state groups to help promote its strategic interests, notably Shi’a armed militias in Lebanon, Iraq, Syria, and Yemen, as well as Hezbollah, the Popular Mobilization Forces in Iraq, the Houthis in Yemen, and also Sunni groups, such as Palestinian Islamic Jihad and Hamas. As for its soft power, it uses its media empire, universities, charitable organizations, government-sponsored initiatives, and international revolutionary activities. The aim of this is to promulgate Khomeinist and anti-Western ideology at home and abroad in order to compel the masses to rise up in support of Khomeinist revolutionary ideology and against what are considered to be “illegitimate” forms of government.

Since the revolutionary ideology of the Khomeini regime is anti-monarchical, Iran uses its foreign policy to cause unrest and topple Arab Gulf monarchies, but its main focus has been to challenge and undermine Saudi Arabia’s legitimacy as the custodian of Islam’s holiest sites. Saudi Arabia has responded in various ways over the years in the face of these threats.

Saudi’s response and the rise of Sunni fundamentalism

The Khomeini regime did not only upset Saudi Arabia when it criticized and embarrassed its rulers — the country that includes the two holy mosques, in Mecca and Medina — by suggesting they were not sufficiently virtuous to act as the custodians of Islam’s holiest sites, but Iran’s revolutionary message also contributed to an Islamic uprising across the Arabian Peninsula. Khomeini’s call for the abolition of the ruling House of Saud grew ever louder and the Saudi leadership began to fear they would suffer the same fate as the shah.

The siege at the Grand Mosque confirmed the fears among the Saudi elite about the challenges they faced. On Nov. 20, 1979, only 10 months after the revolution in Iran, a Sunni Islamist insurgent or Ikhwan uprising led by Juhaiman al-Utaibi seized the Grand Mosque of Mecca in a direct challenge to the House of Saud’s leadership in the Holy Land. The seizure was motivated by a desire to depose the Saudi monarchs and restore Islamic rule over the birthplace of the Prophet. Utaibi and his men berated the al-Saud family for being corrupt and influenced by the West. To combat this challenge, Islamist fundamentalism was aggressively reinforced in Saudi Arabia.

Moreover, Riyadh also sponsored the production of an expansive array of anti-Shi’a and anti-Iranian tracts, designed to highlight the sectarian aspirations of the Khomeinist regime and mitigate its more universal appeal throughout the region and the world. Saudi Arabia wanted to debunk Khomeini’s vision of Islam by underscoring its Shi’a identity. In addition, Saudi-funded educational institutions and mosques connected Riyadh to religious scholars across the world, from Nigeria to Indonesia. Rather than countering the extremism emanating from Iran’s Islamic Revolution with a moderate brand of Islam, Saudi Arabia decided to beat Khomeini at his own game — a decision the current Saudi leadership has since said was a mistake.

The Saudi regime is not a theocratic regime like Iran but a hybrid structure, neither wholly secular nor wholly religious. The state is in charge of the political arena and the religious establishment oversees culture, society, and religion. Saudi Arabia has taken on different identities over the years and the changes have been driven by political narratives. Firstly, religious nationalism was established after the creation of the state in 1932. Secondly, beginning in the 1960s a pan-Islamic transnational identity was promoted in the context of the Cold War with Gamal Abd al-Nasser espousing a pan-Arab platform. Thirdly, in the aftermath of the Khomeini revolution, the 1980s were dominated by the Sahwa (Islamic Awakening) movement, part of a kind of sectarian bidding war against Iran, strengthened by the importance of Saudi Arabia as the birthplace of the religion and the host of its two most holy sites. Lastly, under the leadership of Crown Prince Mohammed bin Salman (better known as MbS) there has been a retreat into Saudi nationalism to make it compatible with the leadership’s 2030 Vision.

Since the sectarianist Sahwa movement, which flourished in the 1980s due to the threat of the Khomeini regime, was reactionary, it did not last. This is because Saudi Arabia is a Muslim state, not an Islamist revolution, and religion is there to sustain the legitimacy and stability of the country. Saudi Arabia’s priority is the state and nation and when sectarian identity became incompatible with the kingdom’s 2030 Vision and its development, it embraced Saudi nationalism, which has unified the country. “Saudi First” foreign policy puts the interests of the state and nation first and means the nation is no longer held hostage to political events and regional ideologies.

Raisi’s qualifications are compatible with Supreme Leader Ali Khamenei’s requirements not only for being president, but also as a potential successor. His commitment to the revolution is clear. Raisi worked in Iran’s judicial system as a prosecutor in the early 1980s and oversaw the deaths of thousands of political prisoners. He was also elected to the Assembly of Experts in 2009, a clerical body tasked with monitoring and selecting the supreme leader. In 2016, Raisi was appointed head of Astane Qods Razavi, Iran’s economic conglomerate that manages the investments of the Mashaad-based Imam Reza Shrine — holding this position shows that he was trusted by Khamenei.

It is important to note that Raisi, like Khamenei, embodies the principal theme that has unified Iran’s revolutionary ideology, which is the rejection of foreign dominion over Iran, especially the influence of the United States. This is reflected in his statement that “relationships with the West or the East must not be a priority for a future government, but a pragmatic move to preserve the national interest.” This also shows that revolutionary ideology is used for nationalist ends.

The great shift in Saudi identity from sectarianism to Saudi nationalism, contrasted with Iran's hardening of its adherence to the principles of the 1979 revolution, proves that political systems can change depending on the requirements of the time, while ideological systems never do. On the contrary, they become more entrenched because change means the end of the system.

Najat AlSaied is a Professor at American University in the Emirates, Dubai, UAE. The views expressed in this piece are her own.