Security Sector Reform in the Philippines 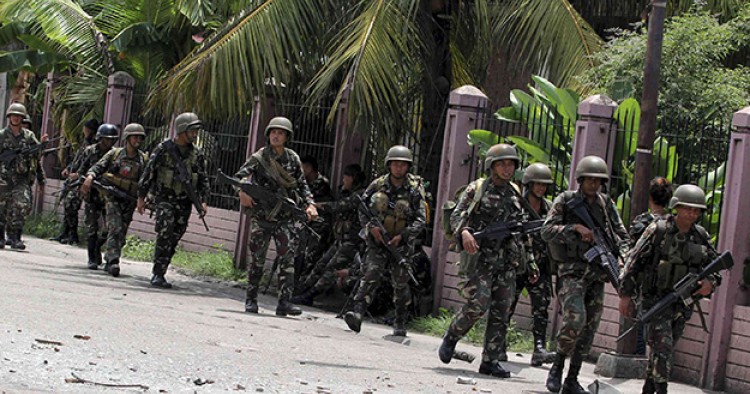 Such claims, however, also call into question the role that civil society plays in “civilianizing the state.” Has civil society successfully “civilianized” the Philippine state, as far as security issues are concerned? While civilian supremacy over the military is enshrined in the 1987 constitution, and while there have been reform efforts and legislation to depoliticize the core security forces, the post-authoritarian Philippines has seen a number of military-instigated coups d’état and destabilization plots, as well as the election and appointment of retired military officials to the Philippine legislature and other key government posts.

It is instructive to examine the civilianization of the Philippine state through the lens of Security Sector Reform (SSR). This is because SSR discourse situates security forces within the larger process of democratization and good democratic governance—the current Philippine government’s stated goal.[3] The Development Assistance Committee of the Organization for Economic Cooperation and Development defines SSR as an increase in a country’s “ability to meet the range of security needs within their societies in a manner consistent with democratic norms and sound principles of governance, transparency, and the rule of law.”[4] Given this definition, the important role that civil society may play in a country’s security landscape becomes worthy of examination.[5]

Civic organizations have a long history in the Philippines, even going back to the colonial era.[6] Throughout this history, civil society groups have engaged in a variety of issues, from welfare and philanthropy to rural development. While operating in a democratic environment prior to martial law (1946-1972), these groups worked mostly on professional, non-political issues, although some became part of the nationalist movement. Those that moved in the nationalist direction focused on such issues as socioeconomic inequities and counter-imperialism. The years of the Marcos dictatorship (1972-1986), when the suppression of basic rights like free speech and assembly prevailed, marked a particular increase in the politicization of Philippine civil society organizations.[7]

The 1986 People Power Revolution marked the end of the Marcos regime as well as the beginning of the restoration of democratic norms and principles, which fostered the proliferation of civil society groups.[8] Civil society’s sphere of influence soon found its way into a variety of sociopolitical issues, and its active engagement in the social and political life of the country became entrenched. The Philippine transition to democracy in 1986 provided the opportunity to civilianize the state, and the 1987 constitution was instrumental in that it and several key pieces of legislation recognized civil society’s role in furthering the consolidation of democracy and asserted civilian supremacy over the military.[9]

Despite the content of the 1987 constitution, the influence of civil society groups in matters of national defense and security remains limited in the Philippines.[10] Civil society organizations in the country have failed to realize their critical role as catalysts for effective democratic oversight of core, statutory, or uniformed security forces. Oversight roles remain in—or are monopolized by—government institutions such as Congress and the Commission on Human Rights. This can be attributed to both historical and strategic factors. During the Marcos dictatorship, the core security forces (the military and the police) were partners of the regime in the implementation of martial law. The security forces essentially became the instrument of coercion, violence, and infringement on civil liberties. This experience also shaped relations between the core security forces and Philippine civil society, which are to this day characterized by mutual suspicion. Thus the security forces are still tightly linked to the central government, and it is difficult for civil society to engage with the core security forces; the absence of confidence between the two inhibits engagement, dialogue, and, ultimately, change.

Philippine civil society organizations (CSOs) with militant leanings have been vocal in calling for greater vigilance regarding reported incidents of the core security forces’ alleged involvement in extra-judicial killings and human rights violations.[11] Reports of the military’s labeling of civil society groups critical of it as “enemies of the state” also continue to fuel mutual skepticism.[12]

At the same time, grassroots civil society groups at the local levels—both provincial and municipal—are doing relevant work on SSR and peace building.[13] Such work appears to have created a platform for civil society groups to influence policies, including performing oversight of international humanitarian law. For example, NGOs and peoples’ organizations in provinces where the communist insurgency is still present and relatively strong have set up mechanisms with local government units to provide assistance to former communist rebels who have chosen to return to the fold of the law.[14]

Civil society’s engagement on SSR hence appears to be politicized yet fragmented among various issues. This fragmentation among civil society groups can be attributed to the polarization brought about by the participation of some groups in mainstream politics, as well as tense dynamics between mainstream civil society organizations, such as those stemming from academia or the media or those based in Manila, and more tangential organizations, such as those from regions, provinces, or local communities.

Thus there is a lack of coordinated and national civil society strategy on SSR. Further, the concept of SSR is still not widespread or well understood in the country. Commitment to SSR principles also varies in both the core security forces and bodies performing oversight on these forces, from both inside and outside government.

Of paramount importance is the adoption of a “whole of society” approach to SSR so that a wider constituency for SSR can be achieved in the country. Efforts to spark the popularizing of SSR discourse among key stakeholders both in the core security forces and broader civil society are already gaining momentum. Small initiatives on policy and advocacy have been picked up by civil society groups, particularly peace advocates both at the local and national levels. The linkages between SSR and the concept of good democratic governance should be emphasized in these initiatives. Policy research organizations, academia, and members of the investigative media could take the lead in these efforts. Local CSOs and NGOs can also identify parts of the country where successful SSR efforts have been achieved, and they should use these efforts as building blocks for an eventual broad-based SSR endeavor across the country. For instance, in conflict areas in Mindanao,[15] civil society and academia have made SSR a part of their peace building program.

The mutual suspicion and skepticism between the core security forces and civil society can be addressed by fostering an atmosphere of free and open dialogue between the stakeholders and actors involved. This is where the development of training on SSR becomes important. CSOs familiar with international humanitarian law (IHL) could take the lead in conducting trainings on SSR and IHL to members of the core security forces. Civil society can take the opportunity presented by the government’s mainstreaming of human rights in the military and the police to create human rights desks and gender offices through establishing linkages with the soldiers and policemen assigned to these offices. There are thus multiple strategies, opportunities, and openings for the increased involvement of Philippine civil society groups in SSR efforts.

What lessons can civil society organizations in the post-Arab Spring countries learn from the Philippines? The Philippine experience demonstrates that the realization of civilianizing the state is not automatic after transition, especially when a country suffers from internal security challenges and when the core security sector has been accustomed to being a political partner of the incumbent. And while an initial step of allowing civilian control to take root can come through a new or amended constitution, this step is not enough to foster real reform.

For real change to take place, civil society must present a more unified front when advocating for civilianizing the state. It is also critical that efforts be sustained, particularly in the initial years of transition. For now, it may suffice to say that in the post-Arab Spring countries, civil society can play an indispensable role in ensuring that democratic principles are upheld in democratic transitions. Strategies of engagement and critique can be employed by civil society organizations, especially those that deal with providing civilian oversight of security institutions. Ideally, redress mechanisms on excesses of core security forces should be in place as open avenues for civil society involvement.

[1] David Wurfel, “Civil Society and Democratization in the Philippines,” Yoichiro Sato, ed., Growth and Governance in Asia (Honolulu, HI: Asia-Pacific Centre for Security Studies, 2004), 215-224. Wurfel notes that “[t]he Philippines has the largest number of [NGOs] per capita in Asia” and that the Philippine Securities and Exchange Commission “estimates that there are nearly 60,000 non-stock, non-profit organizations” in the country.

[3] See the Philippine government’s National Security Policy 2011-2016: Securing the Gains of Democracy, http://www.gov.ph/downloads/2011/08aug/NATIONAL-SECURITY-POLICY-2011-2016.pdf. This document identifies the promotion of good governance as one of the government’s national security policy goals and objectives.

[6] For a brief history of civil society in the Philippines, see “Overview of NGOs and Civil Society: Philippines,” Asian Development Bank, December 2007, http://www.adb.org/sites/default/files/pub/2007/CSB-PHI.pdf.

[8] For a survey of civil society groups and NGOs in the Philippines, including major civil society and NGO issues and trends during the administrations of Corazon Aquino and Fidel Ramos, see Segundo E. Romero and Rostum J. Bautista, “Philippine NGOs in the Asia-Pacific Context,” Tadashi Yamamoto, ed., Emerging Civil Society in the Asia Pacific Community (Singapore and Tokyo: Institute for Southeast Asian Studies and Japan Center for International Exchange, 1995), 187-214.

[9] The 1987 Philippine constitution states that “[t]he state shall encourage non-governmental, community-based, or sectoral organizations that promote the welfare of the nation” (Article II Sec. 23), and as such “… shall respect the role of independent people’s organizations to enable the people to pursue and protect, within the democratic framework, their legitimate and collective interests and aspirations through peaceful and lawful means” (Article XIII Sec. 15). The 1991 Local Government Code also acknowledges civil society’s role in empowering people at the local levels. See Asian Development Bank, “Overview of NGOs and Civil Society: Philippines,” 4. Also, the 1995 Party-List Act allowed for the election of sectoral representatives in the lower house of the Philippine Congress.

[14] See the case studies on the Province of Bohol and the Municipality of Leon, Iloilo in Developing a Security Sector Reform Index in the Philippines: Towards Conflict Prevention and Peace-Building (Quezon City, Philippines: Institute for Strategic and Development Studies, 2009), 110- 153.