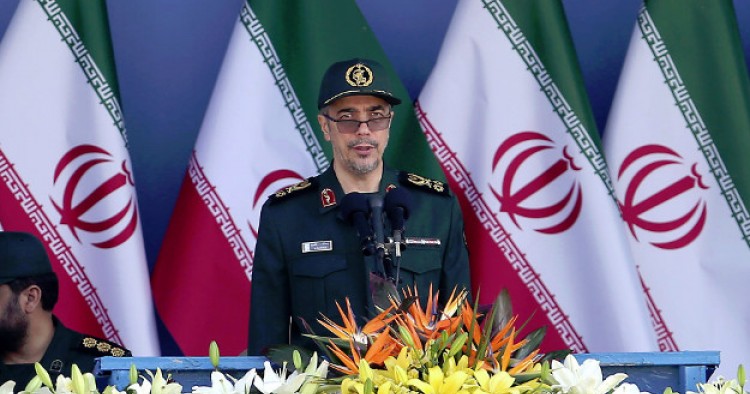 A senior Iranian military delegation arrived in Damascus today to assess the current state of the Syrian war and discuss ways to boost defense ties between the two countries, the Iranian media reported. Major General Mohammad Bagheri, the chief of staff for Iran’s Armed Forces, is leading the Iranian delegation. According to Fars News Agency, Bagheri will meet with Syrian President Bashar al-Assad, Defense Minister Fahd Jassem al-Freij, and his counterpart Ali Abdullah Ayyoub. “Among the objectives of General Bagheri’s trip will be to enhance defense and military cooperation between Iran and Syria, consult and exchanges views, continue counterterrorism cooperation and assess strategies to ensure security and stability in the region” Fars added. The news agency, which is affiliated with the Islamic Revolution Guards Corps (I.R.G.C.), stressed that the trip will discredit anti-Iran propaganda and prove that Tehran is leading the fight against terrorism.

Comment: Tehran has invested a great deal in blood and treasure to rescue the embattled Assad regime in the past six years. Iranian leaders, particularly the I.R.G.C. commanders, see Syria as a vital conduit to continue to arm Hezbollah and Palestinian militant groups against Israel. For Iranian leaders, the fall of Damascus would have meant not just losing a strategic ally, but also regional gains Tehran has acquired over the past decades by attempting to expand its ideological, political and military spheres of influence in the region.

With the Assad regime now in control of most of Syria’s population centers, Iranian leaders have declared victory. But as Bagheri’s trip to Damascus indicates, Tehran seeks to further consolidate its influence in Syria and enhance its military and defense ties with the Assad government.

This is the second foreign trip by Bagheri since his promotion to the top military position last year. In August, Bagheri led a high-ranking delegation to Turkey and met with President Recep Tayyip Erdogan and Defense Minister Nurettin Canikli in Ankara to discuss ways of boosting bilateral defense ties, coordinating joint counterterrorism efforts and reconciling the two countries’ policy differences in Syria and Iraq.