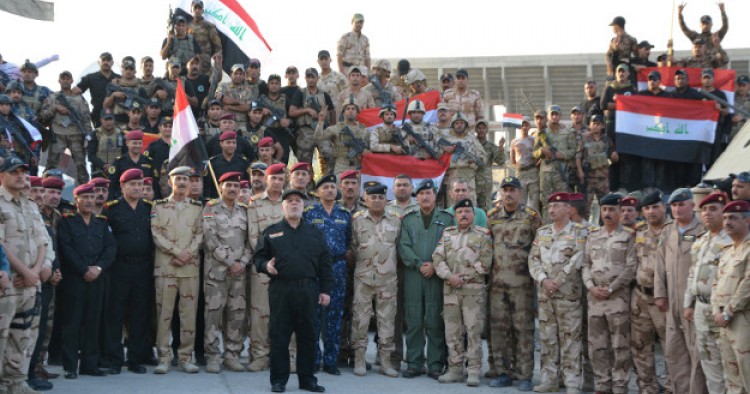 A senior Iranian military official said on Tuesday that the liberation of the Iraqi city of Mosul from the Islamic State sounded “the death knell for the divisive plots” of the United States and its regional allies, the Iranian media reported. “Violent terrorism in the region is not something different from US proxy wars and this is the reason that the terrorists’ defeat in major parts of Iraq, particularly in Mosul, is regarded as the US defeat in the region and this means the victory of resistance,” Deputy Chief of Staff of Iran's Armed Forces Brigadier General Massoud Jazayeri said while congratulating Iraq on defeating the Islamic State in Mosul. “Regional nations will counter any act of aggression and crush enemies of any size,” he added.

Comment: On Monday, Iraqi Prime Minister Haider al-Abadi declared victory over the Islamic State in Mosul after nearly nine months of bloody battle against the terrorist group. Although Tehran and Washington were recently de facto allies in the fight against the Islamic State in Iraq, Iranian leaders describe the liberation of Mosul as their triumph and defeat of the United States and its allies. Now that the Islamic State no longer poses a significant threat to Iraq and Iran’s interests in the Arab country, Tehran has stepped up efforts to further expand its influence in Iraq and undermine the interests of the United States and its allies. Iranian leaders and Iran-linked Iraqi paramilitary commanders are pressuring the Baghdad government to oust the U.S. forces from Iraq, and Tehran is also trying to ensure that its proxies control strategic land routes in Iraq and Syria to allow weapons shipments from Iran to Lebanon.