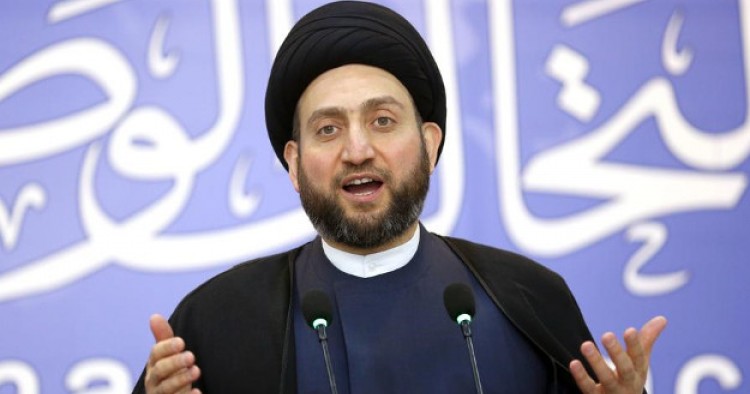 Ammar al-Hakim, the head of Iraq’s Shiite ruling coalition, has said that the Baghdad government will not allow a single foreign soldier to remain in Iraq after the fight against the Islamic State is over, Iranian media reported on Monday. Fars News Agency, an outlet affiliated with the Islamic Revolution Guards Corps (I.R.G.C.) quoted the Iraqi leader as saying that the government will also not allow any foreign military base to remain in the country. Hakim reportedly made the statement during his trip to Tehran. On Monday, Hakim, who is also the leader of the Islamic Supreme Council of Iraq political party, had a meeting with Iranian Foreign Minister Javad Zarif in the Iranian capital. According to the Iranian media, the two sides discussed the latest political and security situation in Iraq, particularly anti-Islamic State operations in the Arab country.

Comment: Hakim’s trip to Tehran comes at a critical time. As the fight against the Islamic State in Mosul and across Iraq has entered its final stage, internal political fissures and disputes in Iraq are escalating again – particularly between the Baghdad government and the semiautonomous Kurdistan Regional Government, which plans to hold an independence referendum in September. Both Tehran and the Shiite ruling government in Baghdad oppose the referendum and the topic was certainly one key agenda item for Hakim in his meetings with the Iranian leaders.

But most importantly, with the Islamic State no longer posing a significant threat to Baghdad and Iran’s interests in Iraq, Tehran is also seeking to use its leverage with Shiite Iraqi political and military leaders to ensure the United States is not allowed to keep its troops in Iraq for the long haul. Although Hakim does not mention the United States by name, his remarks appear to be about the presence of the U.S. military in the country after the defeat of the Islamic State. In recent months, top commanders of the Iraqi Popular Mobilization Forces – an alliance of predominantly Shiite militia groups backed by Iran – have also become increasingly vocal in their criticism of the U.S. military. Several P.M.F. commanders have called on the Baghdad government to limit the role of the U.S. military in Mosul operations and not to allow U.S. troops to stay in Iraq after the Islamic State is evicted from northwestern Iraq.

When Iraqi Prime Minister Haider al-Abadi visited Tehran two weeks ago, Supreme Leader Ali Khamenei told him that he opposed the presence of American forces in Iraq and urged the Iraqi leader not to rely on Washington. “Do not trust the Americans under any circumstances because they are waiting for an opportunity to do harm,” Khamenei said.