A shifting development paradigm for the Middle East and North Africa 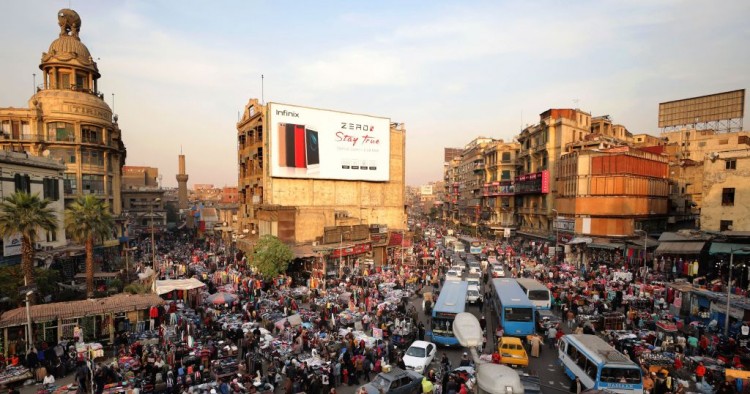 Economic development paradigms have shifted focus over past decades: from minimizing imports to encouraging exports as the path to prosperity.

Individual countries in the Middle East and North Africa (MENA) have had little success under either paradigm — the result being stagnant economies and high unemployment, especially among young people. Perhaps now is the time for MENA countries to follow a different path and focus on harnessing the power of their collective domestic demand to foster economic development.

The import-substitution strategy, which gained popularity in the middle of the last century, advocated replacing imports with domestic production to foster industrialization. That strategy — which gave a central role to the state by emphasizing state-owned enterprises, high tariffs, and import licenses — gradually fell into disgrace during the debt crises near the end of the last century.

Instead, the export-driven success of Asian economies like Korea made stimulating exports become the centerpiece of development strategies. That shift was grounded in the belief that exposure to global competition and the transfer of technology from foreign direct investment would have a catalytic effect on domestic production. Export-oriented policies evolved from promoting trade in support of domestic industries to turning developing countries into platforms in the value chains of multinational corporations.

As they did nearly everywhere, import-substitution strategies came to naught in MENA countries, although associated instruments of earlier import-substitution strategy — such as state-owned enterprises, high tariffs, and subsidies — have survived. Countries in MENA also have had little success with export-led development strategies. Moreover, the viability of the exclusive export-oriented model is increasingly being questioned as global trade tensions, protectionism, and the fear of a global recession intensify.

For MENA countries, harnessing the power of their regional domestic demand is just what is needed to help them transform from administered to market-oriented economies. No doubt that will require a sea change for countries that have always preferred to go it alone — the region is least integrated in the world, despite the potential gains from removing barriers to the flow of goods and services within MENA countries. Most MENA countries are relatively small markets. But together the region has more than 400 million people, about twice as many as Western Europe. Moreover, while Europe’s population growth is virtually stagnant, the population in the MENA region is projected to nearly double by 2050.

The growing numbers of young people, who comprise the majority of the population, are shaking up the status quo as they seek political and economic change and increased opportunities. Enthusiasm for digitalization among both young people and leaders provides some glimmer of hope. Quality services and improvement in the productivity of the informal sector could become a new engine for growth and trade in services could be a regional driver of prosperity — provided MENA countries do more in a regionally integrated manner to build the foundations for the internet and for digital payments systems.

There is also hope countries such as Morocco, Algeria, and Egypt could more closely integrate with their neighbors in sub-Saharan Africa in such sectors as banking, energy, agribusiness, and telecommunications. The demographic bulge in the Middle East and in Africa is a source of pent-up demand, especially for agribusiness and other goods and services that could help boost domestic production and trade integration within the continent — including the rest of Arabia — and revive regional integration among countries in MENA. This closer integration within MENA will complement the many initiatives in the African continent including the latest one to date, the Continental Free Trade Area.

Reducing tariffs, solving poor logistics, and addressing the lack of cross-border payment systems will undoubtably help with regional integration. But the heart of the inability of MENA countries to integrate domestically and regionally lies in the almost impenetrable barriers to firms entering or leaving crucial markets — or, as economists put it, the lack of contestability. The economies of MENA have favored incumbent firms, whether private sector or state-owned. The lack of contestability leads to cronyism and what amounts to rent-seeking activity — including, but hardly limited to, exclusive import licenses, which reward the holders and discourage both domestic and foreign competition. The lack of domestic market contestability reverberates at the regional level. Incumbent firms at the domestic level typically erect barriers to entry and lacking domestic competition have difficulty projecting regionally, let alone internationally.

To unlock domestic and regional integration, the wall of vested interests in MENA countries must be torn down. In practice, the tear-down could translate to creation of regulatory watchdogs to champion competition. Unleashed regional demand accompanied by arm’s length regulation that fosters competition and fights anti-competitive practices could prevent the perpetuation of oligarchies — the powerful few who often seize control of liberalization attempts, with the unfortunate result that the idea of reform is sullied among the citizens.

Development partners can help MENA countries. In a coordinated fashion they should raise the issues of contestability and of associated credible and independent local bodies to promote competition as a necessary step toward building more inclusive societies. To ensure progress, the partners could condition assistance on pro-competitive steps and provide technical expertise in the institutional design of competent and independent national and regional regulatory bodies.

World Trade Organization rules and European standards on exports have had limited impact on the structure of MENA economies because of their limited scope. The strong conditions imposed by the European Union (EU) on accession countries in Eastern Europe and Turkey prompted authorities in those nations to build a robust competition culture and attract foreign direct investment. Europe, once the theater of interminable wars, is now the largest integrated market in the world. The EU could serve as a source of inspiration for MENA countries. A joint call for action by MENA leaders with the support of the development community could go a long way toward creating intraregional trade, and attracting the foreign direct investment required to create the millions of jobs and the peace and stability the MENA region needs. The persistence of incumbent players and the rent-seeking behavior encouraged by the absence of contestable markets will forever deter integration. The region and the international community must ensure that barriers to market entry are eliminated and that independent regulatory bodies at the national and regional levels help promote domestic demand as the main engine for sustainable and inclusive growth.