Socioeconomic effects of energy transition in the Black Sea 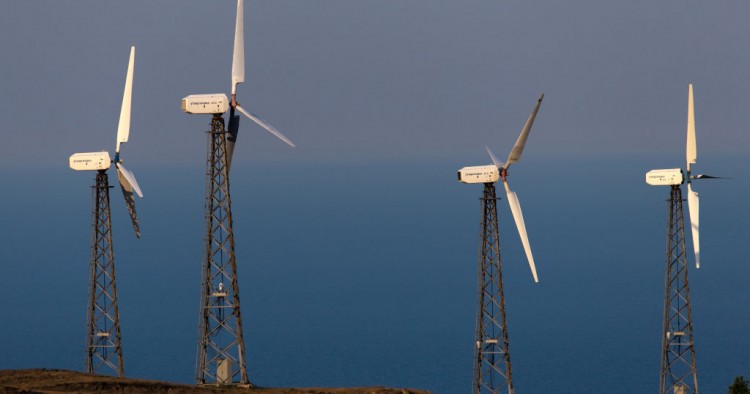 Newton’s Third Law states that “for every action, there is an equal and opposite reaction.” This is relevant to many aspects of day-to-day life. Public policy and economic strategies are governed by totally different precepts, as different measures have unequal, multidimensional, and long-lasting consequences – many of which are impossible to determine beforehand.

Energy transition is the shift from burning fossil fuels for electricity, heating, cooking, or transportation, to low carbon generation such as nuclear facilities or wind and solar power plants. The challenge of energy transition is less the process itself and more the pace and cost of this transformation. Transitions undoubtedly cost. However, given the urgent need to switch to a cleaner and safer environment, energy transition should be considered a long-term investment. The question is: who will pay the price for this fast-paced, much needed process and how much is required? Governments and corporate sectors are understandably concerned with value losses, such as jobs and lower state budget incomes or loss of industry competitiveness.

Additionally, it is difficult for countries to conduct proper impact analysis assessments given key externalities, such as health damage and other negative climate effects of fossil fuel, which are not considered in the overall cost-benefit calculus. Although some emission trading systems are in place in the Black Sea region – the most functional is European Union Emission Trading System – none are able to measure the economic impact of the above-mentioned negative effects. The opposite holds for renewable generation, which although spares the systems for additional usage of fossil-fuel energy, producing thus positive effects, does not necessarily benefit from the process, as most subsidies are designed only to cover the investments and are not directly linked to the overall benefit of using clean technologies.

For all countries, the energy transition process is laborious and raises challenging financial and social concerns. But this process comes with additional geopolitical dilemmas in a region such as the Black Sea basin.

Governments looking to improve energy systems face a difficult equation; there needs to be ongoing balance between low energy prices, security of supply, and environmental impact. This is known as the energy trilemma. In practice, this is a virtually impossible task because adjusting two indicators will always happen at the expense of the third. The Black Sea region features additional layers of complexity in this equation, with its knotty geopolitical affairs (partially linked with the security of supply dimension), as well as migration threats, and outbreaks of political populism and nationalism.

The Black Sea region requires significant investment in the energy sector to ensure countries can meet new environmental standards (this is critical for EU member states who have binding targets), can limit the impact of increased electricity demand (for example, through energy efficiency measures, digitalization of electric networks, increased number of household generators), and can improve connectiveness levels for big electricity and gas infrastructure. This is especially important for Turkey, which aims to play the role of Europe’s middleman for gas supply.

But these measures will have a direct and indirect impact on consumers’ bills, thus having negative implications both at the individual level – many of whom are already facing energy poverty issues – as well as for industry and manufacturing players who will see their industry competitiveness on global markets affected.

Winners and losers of the Black Sea

When looking at current energy intensity levels (higher figures mean high industrial output as share of GDP, whereas low energy intensity signifies labor-intensive economies), combined with the region’s economic potential across different sectors, one can already foresee the winners and losers of the energy transition process in the Black Sea.

The EU’s economic recovery strategies are betting on different technology ecosystems such as hydrogen to boost its long-term growth. No major structural changes are envisaged for Romania or Bulgaria and they will probably preserve their industry structure.

Turkey could be the regional champion, as the current economic structure can adapt to future-proof manufacturing industries compliant with the energy transition provisions, such as manufacturing of electric vehicles, and increased output volumes of white appliances or solar panels production. Moreover, considering the worsening conditions of the European steel industry, Turkey may also climb higher than its current ranking of eight on the global manufacturer ranking. One major threat for Turkey could be the EU’s ambition to impose a carbon border tax, an import tax which reflects the products’ carbon footprint, on all imported products. However, Turkey’s membership within the EU Customs Union will put the country in a strong position to deter such policies. The bad news is that by increasing Turkey’s system efficiency, the above-mentioned measures would dramatically increase energy consumption, thus multiplying the already existing negative effects of climate change.

Ukraine’s energy trilemma is a delicate one, as it scores low on all three dimensions. Environmental status is poor (the country relies on high usage of polluting generators, such as coal and gas for electricity production), security of supply is problematic considering ongoing issues with Russian gas, and affordability is increasingly a challenge in the midst of COVID19.[1] Energy transition in Ukraine would provide clear benefits, such as higher energy independency or cleaner electricity generation. But it will also come with challenges, with the Ukrainian government needing to consider financing strategies and clear alternatives for employment loss, especially in the coal mining industry which still provides close to 100, 000 jobs.

The Russian Federation continues to play a major role as a net energy exporter in the region (Figure 2). On the other hand, Turkey’s role has clearly evolved, in the past years, being the main transit route for Southern Europe’s gas needs. Although it’s not (yet) playing a monopsony role, Turkey’s territory is crossed by gas from multiple sources, such as Russia, Azerbaijan, or even Iran.

Studies have shown people find it difficult to understand Newton’s Third Law, as they only take into consideration forces acting on one object, instead of looking at the entire system. The same applies to public policies, which are assessed, decided, and sometimes implemented at national level, as governments fail to fathom the regional social and economic repercussions. Or they just choose to ignore them altogether. And this is particularly true for not-so-urgent issues such as climate change and the need to shift and adapt global economies.

Andrei Covatariu is a Fellow for MEI's Frontier Europe Initiative. He is a Senior Research Associate and the Summer School Director at Energy Policy Group. The views expressed here are his own.