Southern inclusivity is key to Yemen’s chances for lasting peace 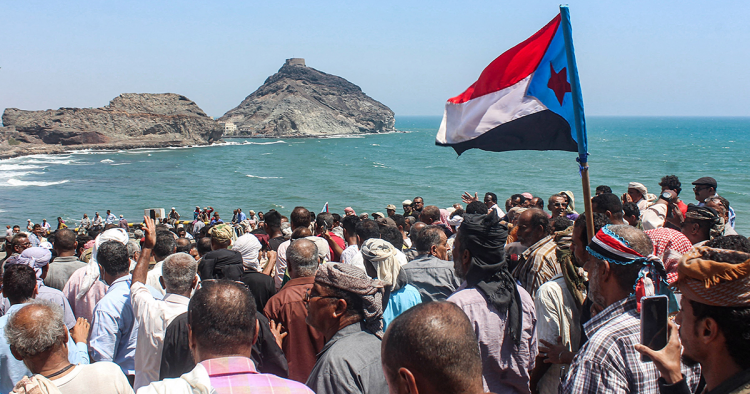 A reinvigorated international approach to Yemen is possible. The current architecture for advancing a negotiated peace is being challenged by both international and local developments. The protracted nature of the conflict, the risk that it could worsen, and local political developments over the past two years necessitate a recalibration of the peace process, informed by realities on the ground, the urgent needs of the population, and the demand for security. Evolving coalition priorities, renewed U.S. engagement, and the appointment of a new U.N. special envoy may be an opportunity to advance conflict resolution. Achieving greater unity among southern actors will be key to the success of national-level talks and is urgently needed to prevent a further descent into violence, extremism, and humanitarian catastrophe.

The Yemeni civil war has raged for over six years with catastrophic consequences for the people of Yemen. Twenty million people are suffering from hunger and malnutrition. The World Food Programme describes it as the world’s worst humanitarian crisis. The Republic of Yemen Government (ROYG) supported by the Saudi-led coalition currently claims control over most of the south-eastern part of the country, while the Houthi rebels are dug in across most of the northern highlands, including the capital Sanaa. The immediate prospect of a reduction in fighting is low.

Huge effort in recent years has been put into finding a negotiated solution. Despite the unrelenting efforts of the outgoing U.N. special envoy, as well as by many regional and international actors, this has delivered limited results. One problem is that the architecture for talks may be ill suited to evolving realities.

The U.N.-led peace process is largely based on U.N. Security Council Resolution 2216, which created a ROYG-Houthi dichotomy that seems increasingly anachronistic. This dichotomy has guided the process, but in reality it overlooks a number of other influential military and political actors, notably in the southern governorates. Important parties to the conflict have had limited engagement in direct national-level negotiations since 2016.

The Riyadh Agreement, signed in 2019 between the ROYG and the Southern Transitional Council (STC), was intended to address this deficit by allowing the integration of some southern political actors onto the national stage. The STC, which controls the temporary capital Aden and parts of the southern governorates, was the government’s counterpart in that agreement.

But implementation of the agreement has faced many challenges, in particular pertaining to security arrangements, the handover of critical military installations, and the appointment of mutually acceptable government officials. This has resulted in rising tensions on the ground between ROYG and STC-affiliated forces, which has led to violence. With their opponents so divided, the Houthis have little incentive to pursue a negotiated solution.

Nevertheless, the principles of the Riyadh Agreement remain relevant to the future of a solution in Yemen. One of its main outcomes has been to mandate the STC's participation in future national-level negotiations with the Houthis, as part of the governmental delegation.

Achieving greater unity among southern powerbrokers will be difficult, but it is not impossible. Progress will depend upon a process that enjoys the confidence of both major players, that is seen as responsive to the populations’ immediate needs, and that has the support of key regional actors.

Fragmentation in the south is not inevitable; it is a manifestation of failure to address a series of political, economic, and legal grievances. Many in the southern governorates of the country ascribe these problems to the way in which unity between the former North and South Yemeni states was enacted. Some of the issues that generate resentment date back to the time of the independent southern Yemeni state during the 1970s and 1980s.

These grievances have been exacerbated by the current conflict, especially by the 2015 Houthi assault on Aden and the rest of the south of Yemen. To add insult to injury, Yemenis in the south feel that their plight has been overlooked in the political processes that have been pursued in recent years to mediate the conflict.

Addressing the Southern Question has invariably been positioned by the international community as contingent upon, even secondary to, the peaceful resolution of the ROYG-Houthi armed conflict. It would be more productive to treat it as an integral part of the establishment of a viable, inclusive, and lasting peace in Yemen.

Continuing to disregard the concerns of southern Yemenis will complicate and could undermine ongoing peace efforts, rather than contribute to a solution. And failure to address it increases the chances of further conflict in the south, with all the consequences that will have, including opportunities for extremist actors.

The STC is the main organization set to join in the official delegation at national-level talks. But Yemenis from across the eight southern governorates express varying degrees of support for a number of other political organizations that seek to represent them. These organizations cover a wide array of socio-economic and political demands and stand for a variety of interests and constituencies, ranging from governorate-level, localized, and tribal concerns to the national level.

The proliferation of political and military actors across the south of Yemen has led to increased tensions on the ground between the various groups, as well as with the government. Tensions have often spiraled into open conflict with violence spilling over into areas of relative stability, hampering efforts to address the dire humanitarian situation.

In these circumstances, ascribing to any single entity the role of sole and official representative of the interests or opinions of the broad spectrum of Yemenis in the southern governorates is unlikely to work. The credibility of even the strongest southern group will depend upon it being seen as responsive to a broader agenda that will deliver positive results for all southerners.

At the national level, the current government includes ministers from all major parties across the north-south divide. But this has not diffused tensions or civil unrest in the southern governorates that stem from a rapidly deteriorating economic situation and lack of services.

Neither state nor non-state actors can meet the most basic needs of Yemeni citizens. The collapse of livelihoods, growing insecurity, ongoing militarization, and the absence of a political horizon are generating a profound sense of hopelessness.

As national-level peace talks remain elusive, an imperative must be to defuse the increasingly tense situation in southern Yemen and to prevent a future conflict from erupting. Above all, southern Yemenis need to see that their concerns are being addressed. Most do not feel that this has been the case in the national-level discussions.

An inclusive, inter-communal dialogue between southern Yemeni actors is now timely and necessary. Dialogue processes have taken place in the past, but they have not borne fruit for a variety of reasons. These include the absence of a well-defined agenda, a prevailing view that the interpretations of Resolution 2216 offer little room for maneuver to impact the national peace talks, lack of diversity and inclusivity, mistrust between participants, and inadequate facilitation. Dialogue would also benefit from professional facilitation.

Southern actors have political differences on fundamental issues — including future constitutional arrangements. Respectful and well managed dialogue is needed to identify not just these points of divergence, but common interests. Unless this happens, productive engagement in national-level talks becomes less likely.

It is critical that southerners break down barriers and coalesce around a set of shared principles within the framework of U.N. reference points, as well as ongoing international and regional efforts. A successful dialogue process will be one that avoids past pitfalls and acknowledges the important political role played by a number of southern organizations and other actors that have emerged in the course of the current conflict.

Working with national political leaders, heads of organizations, and tribal leaders to tackle immediate matters of security and urgent needs may open avenues to dialogue and cooperation between them. The inclusion of women’s groups and civil society should not be on grounds of “correctness,” but of practicality: This will result in clearer pathways and steps to respond to the myriad challenges confronting Yemenis. The dialogue should be designed in a way that ensures the participation of women and civil society actors that are well placed to advance local peace-making.

A southern dialogue process that engages all relevant stakeholders and groups, in close coordination with regional actors and the international community, can tangibly contribute to tackling the complexities of the Yemeni conflict. It could yield benefits for both national-level dialogue as well as for the south. By contrast, failure to reach greater consensus among southern actors increases the prospect of more fighting, extremism, and humanitarian crisis.