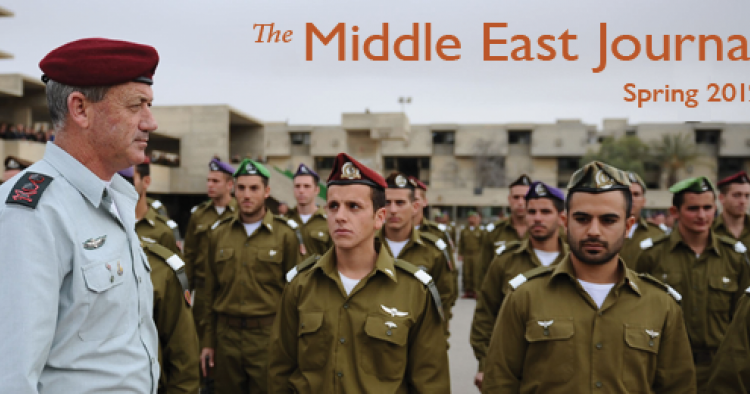 The Spring 2012 issue of the Middle East Journal is now online at IngentaConnect and ready for members to read (free with your membership with MEI). The print edition will also be shipping soon. To access the Journal online, use our guide to activate your access through IngentaConnect.

Articles in this issue:

The book review article in this issue, by As’ad Ghanem, deals with five recent books on Palestinians in Israel within the Green Line, the people usually referred to as Israeli Arabs, and their changing roles and attitudes.