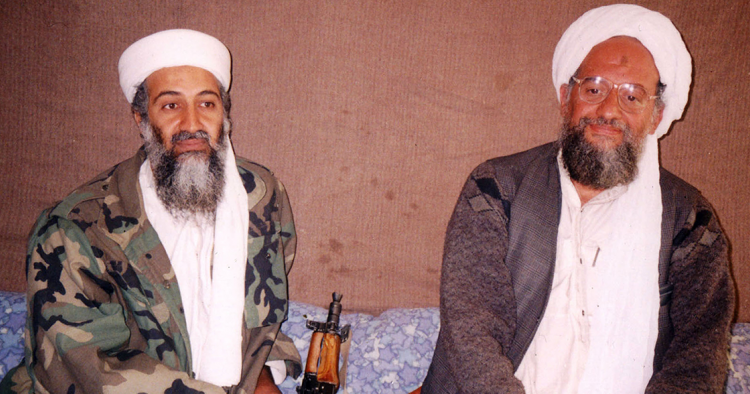 The death of al-Qaeda leader Ayman al-Zawahiri in a U.S. drone strike outside Kabul over the weekend is a major counterterrorism achievement — and a much-needed triumph for the Biden administration, for whom anything to do with Afghanistan has become an issue of acute discomfort. Since late 2019, Zawahiri has been thought to have been based in eastern Afghanistan, and a number of U.S. officials have suggested that in public. That by itself would seem to indicate a certain level of awareness of his probable whereabouts, but his death in the capital Kabul is astounding.

The strike and its reported location — in Kabul’s Sherpur neighborhood — raise fascinating questions about how Zawahiri was found, and in all likelihood, about who sold him out. Already, local reports suggest relatives of Sirajuddin Haqqani may have been present and were possibly killed in the strike. While we may never know some of the answers, this will serve to exacerbate already tense inter-factional divisions within the Taliban. Did a Taliban operative cooperate with this U.S. strike, or was a wing of the Taliban (the Haqqani Network) providing Zawahiri shelter in Kabul? Either or both possibilities could trigger an intense internal crisis within the Taliban, threaten to break down the Doha Agreement, and heighten hostilities between a wide variety of other rival actors vying for advantage in Afghanistan. More than anything else, Islamic State-Khorasan Province may stand to benefit the most, exploiting the inevitable sense of paranoia and disenchantment that foreign fighters and extreme elements within the Taliban will likely feel in the aftermath of this strike.

For many, one of Zawahiri’s most significant but underappreciated achievements was his management of a relationship with the Taliban — a movement that has had little, if any, strategic interest in maintaining ties to al-Qaeda. That may be true up to a point, but the fact that he was finally found and killed in a Taliban-ruled Afghanistan after escaping death for more than two decades without the Taliban in power shakes that assessment’s core assumptions.

Since succeeding Osama bin Laden in 2011, Zawahiri has been a consistent custodian of al-Qaeda’s global agenda, but he has done little to energize or shape the terrorist movement into anything befitting his well-known ideas. Instead, he has presided like an elderly, frail grandfather over a movement, rather than an organization — and one that’s decentralized and localized at an increasingly rapid pace over the years. Thanks in large part to intense U.S. counterterrorism pressure, Zawahiri spent his entire leadership in hiding, often unable to communicate with affiliates abroad for months at a time, and in one case, for nearly two years. Health problems, the rise of ISIS, and repeated Western intelligence penetration of his deputies’ circles made that operational isolation even worse. That he was killed soon after popping back into the open is very revealing.

Al-Qaeda now faces an acute succession crisis. On paper, veteran leadership figure Saif al-Adel is next in line to take the helm, but his presence in Iran makes that extremely complicated. Over the past decade, at least three al-Qaeda affiliates are known to have questioned the credibility of instructions coming from Saif al-Adel given his location in Iran, so were he to become al-Qaeda’s general commander, affiliates would almost certainly begin asserting their own organizational independence even more than they already do. For al-Qaeda’s continued desire to operate as a global organization, that could spell its death knell.

Whoever is ultimately chosen to succeed Zawahiri, al-Qaeda’s future has already been largely predestined. Since at least 2009, the nature and proliferation of conflicts across much of Africa, the Middle East, and South Asia has created conditions in which locally oriented jihadist efforts are far more likely to bear fruit than globally-oriented ones. The Arab Spring accelerated that trend, as did jihadists’ lessons learned from ISIS’s territorial defeat in Iraq and Syria between 2014 and 2019.

This local model of jihad has not been favored by Zawahiri in recent years, as it has fueled increasingly self-confident affiliates that have been more willing to push back against a central leadership perceived as detached from the realities of conflicts thousands of miles away. As with the case of Jabhat al-Nusra and its evolution into Hayat Tahrir al-Sham in Syria, Zawahiri proved wholly incapable of reeling back in an affiliate breaking its oath of allegiance. The lessons of HTS’s disassociation were not lost by jihadists the world over — and with al-Qaeda facing an existential succession crisis, they may well be raised to the forefront again. In such an environment, al-Qaeda’s central leadership will have a point to prove and may want to come out swinging.

Charles Lister is a senior fellow and the Director of the Syria and Countering Terrorism & Extremism programs at the Middle East Institute. The views expressed in this piece are his own.