Stuck in the Middle With Iran

Under Pressure, Baghdad Might Not Choose the United States 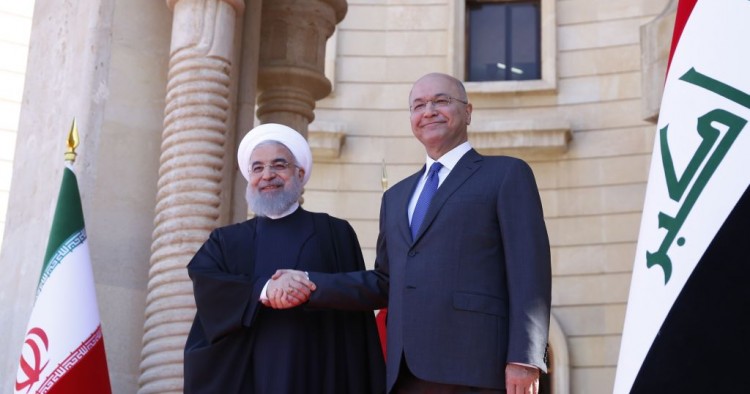 This article was originally published in Foreign Affairs.

In late May, Saudi Arabia hosted three separate summit meetings in Mecca, in the hope of securing the region’s unequivocal condemnation of Iranian activities in the Middle East. But whether at the Organization of Islamic Cooperation, the Arab League, or the Gulf Cooperation Council, the Saudis, to their disappointment, found that not everyone shared their frame of mind about Iran.

One dissent particularly stood out. At the Arab League meeting, Iraqi President Barham Salih implored the region’s leaders to help sustain Iran’s stability. Should the United States and its allies go to war with Iran, he maintained, the conflict would have dangerous ramifications for Iraq and the entire Middle East.

Salih’s statement was a reminder not just to the Saudis but also to the United States that Baghdad is uniquely vulnerable when it comes to Iranian pressure. And make no mistake: Iran has big plans for Iraq. Although relations between the neighbors have had their ups and downs, Tehran has invested deeply in Iraq, both politically and economically, and these investments will only multiply in the short term. After all, U.S. sanctions on Iran have made Iraq an essential link in Iran’s potential chain of commerce. How such plans play out will put the Iranians, the Iraqis, and the administration of U.S. President Donald Trump to the test.