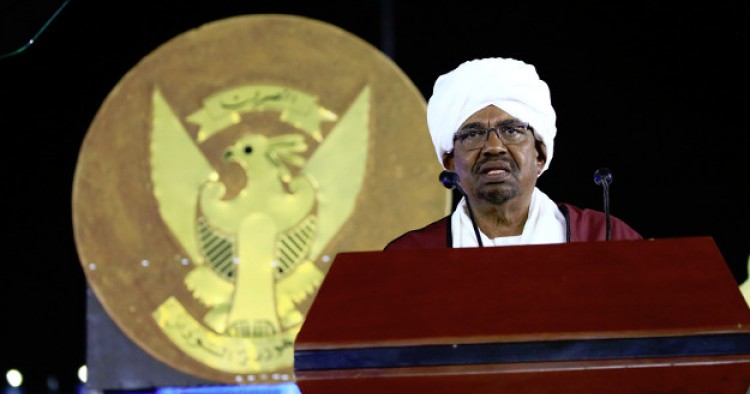 Sudanese President Omar al-Bashir has accused Iran’s “expansionist” policies in the Middle East, particularly in the Arab world. In an interview with al-Arabiya, he claimed Tehran controlled several Arab capitals and stressed that the U.S. toppling of Saddam Hussein “handed over” Iraq to the Iranian control. “Americans set up a Shiite state in Iraq,” he said, adding that Iran now controls four Arab capitals, including Damascus, Lebanon’s Beirut through Hezbollah and Yemen’s Sana’a through Al Houthi rebels that control the capital.

In an interview with Asharq al-Awsat on January 26, the Sudanese president had also alleged that Iran was spreading its ideological and military influence throughout the Middle East and North Africa. “I recall that an Iranian official once said: ‘We took over four Arab capitals.’ The question now is whether this is the end, or there is a plan to take over the Arab world,” he said during a visit to the Saudi capital of Riyadh. “Of course there is evidence of their spreading Shiism in Sudan. We have done an entire study about their efforts not only in Sudan, but also in Africa. There are efforts to spread Shiism throughout Africa. There are Hawzas [seminaries where Shiite clerics are trained] and husseiniyas [Shiite places of worship and social gathering], and activities hosted by Iranian cultural centers such as panel discussions and lectures. Initially, we thought of it as purely cultural, but then we discovered their attempts to attract youth and other demographics as part of a broader effort to promote Shiism,” he added. “In Sudan, we have enough problems. We don’t need new ones.”

Comment: Sudan severed diplomatic ties with Iran in January last year after mob attacks on Saudi Arabia’s embassy and consulate in Iranian. But Khartoum’s allegations that Tehran promotes Shiism in Sudan have been a constant source of tension between the two countries for many years. In September 2014, for example, the Sudanese government closed all Iranian cultural centers across Sudan and gave their managers 72 hours to leave the country. A Foreign Ministry statement stated that the Iranian Cultural Center and its branches had “become a threat to intellectual and social security," while the Sudanese media said the move was an attempt to stop Iranian efforts to promote Shiite Islam in a largely Sunni country.