The Syrian Opposition Meeting in Cairo: One Small Step 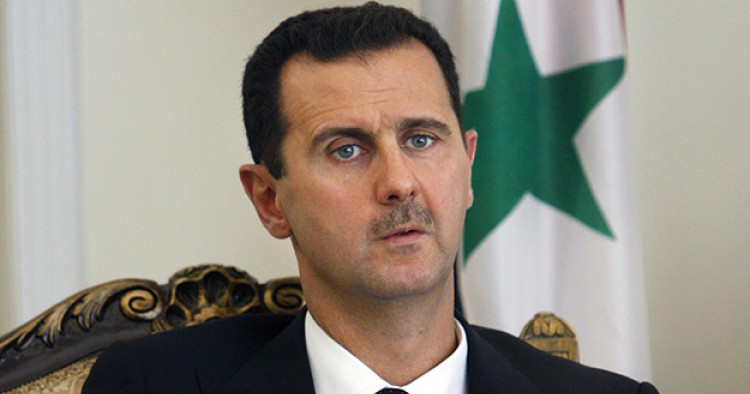 Around 100 Syrian opposition figures recently concluded a conference in Cairo. The meeting was noteworthy for two reasons. It signaled Cairo’s cautious but unmistakable entry into the Syrian minefield, and it marks the still-fragmented opposition’s first careful steps in the direction of a compromise with the Assad regime.

President Abdul-Fattah el-Sisi’s government is determined to rehabilitate Egypt’s pan-Arab image and to restore an Egyptian role in Arab affairs—in Syria and elsewhere. “Egypt,” explains one close observer of the diplomatic efforts on Syria, “is trying to replace Istanbul as the capital of the opposition.”[1]

On the political front, and in stark contrast to policy during the Mohamed Morsi era, the Sisi government has made no secret that Egypt’s strategic objective is to defeat Islamists and jihadis of all stripes, in Egypt and throughout the region, as part of a wide-ranging counterterror strategy. In the Syrian context, this translates into antipathy toward opposition elements associated with the Muslim Brotherhood, including those that form the core of the Syrian National Council (SNC). In the view of some in the Egyptian military, the Assad regime is fighting against the very forces seeking to undo Egypt. On the other hand, Egypt maintains a close alliance with Saudi Arabia, the UAE, and other GCC states that view Assad as the key problem and support the non-jihadi rebels. Sisi has come out in support of a political solution in Syria, through a revival of the Geneva process.

As an indication of Cairo’s tentative and strategically patient entrée into Syrian affairs, an NGO headed by foreign diplomats ran the conference rather than the foreign ministry. Government officials attended, but as observers instead of ringleaders. A well-informed Egyptian diplomat says that the impetus for the gathering came from Syrians themselves. “We have no intention of doing this for them,” he explained. “The initiative came from them, as it should.”[2]

One participant in the meeting concurred, saying, “The Egyptians played a good role. They really wanted just Syrians to talk without interference.”[3]

The Syrian representatives who attended the conference were drawn, according to one observer, from four or five main secular political movements. Cairo may not have explicitly excluded members of the Islamist opposition, which dominates the opposition in exile, but due to Egypt’s well-advertised aversion to the Muslim Brotherhood, some in the SNC may have thought it best to absent themselves from the meeting.

Notably, explicit and unconditional demands for Assad’s ouster were missing from the dialogue, as were calls for the wholesale replacement of the regime and its institutions. Demands of this kind have been at the center of opposition platforms for at least three years.

The meeting was a welcome effort by Syrians to get their own house in order. One former senior Syrian diplomat who attended the conference said that for the first time he heard rational talk from the opposition coalition (Etilaf).[4]

Like the “informal dialogue” that recently convened in Moscow, the Cairo meeting aimed to establish a consensual basis for proceeding to eventual formal negotiations. There were encouraging signs of progress along this path. The acknowledgement in the communiqué of the need for a “historic compromise” to reach a political solution suggests movement away from a failed strategy of victors and vanquished. Also notable for its absence was inflammatory language. The gathered parties emphasized less charged and more diplomatic formulations. For example, the term regime (nizam) does not appear in the communiqué. In its place is the more generic and neutral word sulta, synonymous with formal authority.

The attempt to chart a less divisive course is also evident in the ten points approved by the participants, who supported an agreement with the Syrian government based on the following:

** Geneva’s call for the formation of a governing body with full powers that would supervise the transition to an internationally sanctioned democratic successor to the Assad government.

** The creation of a democratic and egalitarian decentralized government, suggesting something more than a federal framework enabling autonomous regionalism but rejecting the commanding role historically played by Damascus.

**A call for all the supporters of a political solution to take measures that begin the recovery from years of warfare, deprivation, and displacement. No party is singled out as responsible for the violence and chaos.

** The withdrawal of foreign forces of all stripes and origins from the battlefield, once again without pointing to specific transgressors, foreign or domestic.

** A political solution “reached through negotiations” that restores the state's monopoly of force, requiring the withdrawal of foreign forces from all corners and enabling the “restructuring” of existing military and security institutions to accommodate “the integration of opposition military forces.”

** A political solution that “awakens and mobilizes Syrians in the fight against terrorist organizations inside Syria.” Notably, no organization is specified. In this way, a consensus against jihadi Islamic groups can be mobilized without incurring their wrath by naming them outright.

The Syrian conflict might still take many years to resolve. But the noninflammatory tone of the meeting in Cairo could mark one small step along the long path of dialogue and negotiation required to bring Syria’s destructive civil war to an end.