The Taliban and the formation of a new Afghan government 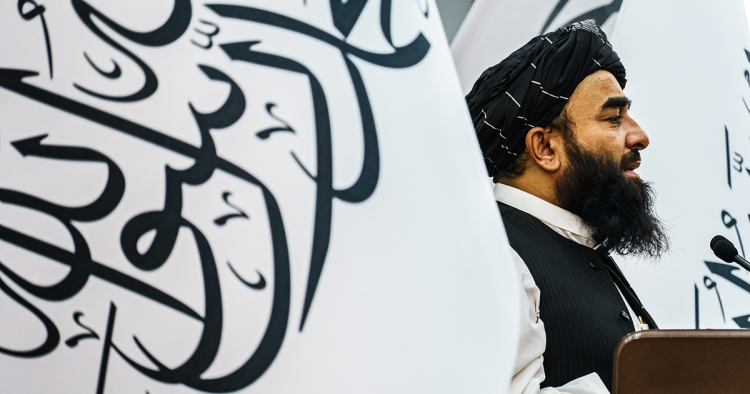 A week and a half after the fall of Kabul, the world has yet to fully recover from the shock of how quickly the Ghani regime collapsed. As U.S. and international forces continue their evacuations and many Afghans struggle to leave for Western countries, the formation of a new government in Kabul has picked up pace. The Taliban have been consulting all stakeholders to form a government that has broad support from a variety of Afghan populations — one they say will be “inclusive” and “Islamic” — but what that will actually mean or look like in practice is as yet unclear.

The Taliban have also announced a general amnesty for civil servants and pledged to ensure safety for residents of Kabul. While the indications on the surface point to their intention to institute a governing mechanism that upholds basic human rights, the world remains deeply skeptical of the Taliban and intentions will mean little unless they are backed up by actions. There are already reports of Taliban excesses against the Hazara community — a long-persecuted Shi’a minority in Sunni-majority Afghanistan — as well as of Taliban fighters going door to door to hunt down those who worked for the Ghani regime. The early signs are concerning and the Taliban’s promises about inclusivity will be tested over the next few weeks.

Given the Taliban’s worldview, it would be a huge challenge for them to adjust their ideology to the imperatives of inclusiveness they are talking about publicly. There are media reports of the Taliban’s willingness to form a ruling council that would govern Afghanistan, but we do not know much about its composition or how it would function. It is also not clear whether this council would be formed for an indefinite or an interim period. The Taliban’s widely reported consultations with Afghan politicians, including former President Hamid Karzai, are also being seen by some as a façade meant to buy time to consolidate power and secure Afghanistan’s $9.5 billion in reserves held abroad.

The most immediate international concern relates to the presence of terrorist networks in Afghanistan. The Taliban’s political ascendance poses a huge counterterrorism challenge as globally-oriented terror groups such as al-Qaeda and ISIS could create a favorable environment in Taliban-led Afghanistan to step up their activities. While the Taliban had pledged to sever links with al-Qaeda as part of their now-discredited deal with the U.S. in February 2020, there is hardly any evidence of their willingness to honor their word and al-Qaeda has praised the Taliban for their victory.

Another major worry is human rights violations under the Taliban regime. Though the Taliban are trying to reassure the world that the rights of women and minorities will be protected, there are serious doubts about the “sharia-compliant” regime they intend to install. There is no clarity as to what the Taliban mean when they say that women will be allowed to work and study “within the framework of Islam.” There are real fears of a return to public beheadings, amputations, and stoning of alleged criminals.

The idea of an Afghan state built on an Islamic order, as defined by the Taliban, contradicts the very concept of liberal democracy. It therefore remains to be seen how the Taliban will negotiate with the international community on the issues of human rights and terrorist networks. Their proclaimed opposition to electoral democracy has lent credence to concerns over their resolve to impose a repressive theocracy. How will the Taliban accommodate different political and ethnic stakeholders without holding multi-party elections? They need to prove that this time around they will not preside over a dictatorship.

What does it mean for Pakistan?

For the first time in two decades, Kabul will have an unambiguously pro-Pakistan regime, which will effectively eliminate Pakistani fears of an Indian threat through Afghanistan. The world has rightly come to view the Taliban’s victory as a win for Pakistan, as it represents a sort of vindication of Islamabad’s long-held Afghan policy. The Taliban would be willing to work on many infrastructure projects linking Afghanistan closely with Pakistan.

On a popular level, ordinary Pakistanis are likely to become more sympathetic toward the Taliban. The perception is gaining ground that the Taliban defeated the most advanced military machine in the world, and it is understandable that Taliban fighters may now be regarded as heroes by some in Pakistan.

Pakistan’s conservative Islamic scholars and religious extremists will be particularly elated by the Taliban’s announcement of the creation of an “Islamic Emirate of Afghanistan.” Whatever the ultimate make-up of the Taliban regime, it is Pakistan that will receive ideological inspiration from Afghanistan. This could result in further Talibanization of the country through Pakistan’s religious institutions and political parties. There are many Pakistanis who fear that a Taliban regime in Kabul would inspire the Pakistani Taliban to accelerate its war against the Pakistani state. An ideologically radical Taliban would also make it difficult for Pakistan to disentangle itself should a regional conflict break out. The fact that Pakistan has not shown any haste in recognizing Taliban rule is not surprising; Islamabad is probably waiting for the announcement that a government has been formed and seeing how the world responds to it.  Pakistan has also prioritized regional diplomacy, as reflected in Foreign Minister Shah Mahmood Qureshi’s tour of Tajikistan, Uzbekistan, Turkmenistan, and Iran to share Pakistan's perspective on the Afghan issue.

Protests and opposition in Afghanistan

There are reports of anti-Taliban protests in some parts of Afghanistan. In particular, Afghans have taken to the streets in Asadabad and Jalalabad as the Taliban are putting down dissent. However, it is too early to predict whether any resistance to Taliban rule will emerge and if so, in what form. Given the regional geopolitical dynamics, a new Northern Alliance seems unlikely. The Northern Alliance was led by the charismatic Ahmad Shah Massoud, the so-called Lion of Panjshir, who not only refused to compromise with the Taliban but also mobilized global opinion against them. The Northern Alliance was able to hold out in the northern parts of Afghanistan when the Taliban ruled the rest of the country from 1996 to 2001.

Though Massoud’s son, Ahmad Massoud, has declared resistance to the Taliban, along with Amrullah Saleh, Afghanistan’s vice president, and Bismillah Mohammadi, former defense minister, the Taliban enjoy distinct advantages this time. Some prominent non-Pashtun leaders and close confidantes of Massoud, such as Abdullah Abdullah, are in discussions with the Taliban. The short-sightedness displayed by President Ashraf Ghani weakened the leaders and warlords representing the north, and his political battles with Abdullah Abdullah further exacerbated the internal divisions and undermined the morale to fight against the Taliban. As the Taliban commanders began to overrun district after district, defections from the Afghan army became the norm. That is why Ghani had to flee when the Taliban entered Kabul almost unopposed.

Crucially, the success of any anti-Taliban formation will be dictated by the support it receives from other stakeholders. The Northern Alliance had crucial backing from America in late 2001 to depose the Taliban, but the United States is nowhere to be seen following its exit from Afghanistan. Russia and Iran were two of the alliance’s other key backers, but changed calculations on the part of Moscow and Tehran present a different picture today. Uzbekistan and Tajikistan, which also supported the Northern Alliance, will wait for signals from both Russia and China, which are keen to enhance their diplomatic and economic footprint inside Afghanistan.

The worldly-wise Taliban 2.0 are likely to behave differently from their previous version led by Mullah Omar. The primary reason for the rapid defeat of the Ghani regime was the Taliban’s ability to combine deft diplomacy with military prowess. Even as their military commanders were positioning themselves to seize Afghan cities, Taliban delegations left no stone unturned in reassuring the neighboring countries to prevent the emergence of any resistance. In the last few months, Taliban leaders have held talks in Moscow, Tehran, Beijing, and Ashgabat. Moreover, the Taliban seem to possess more political control and manpower this time around as well, fortified by the large quantity of American military equipment abandoned by the Afghan army that has fallen into their hands.

Despite their public claims to support inclusiveness, the Taliban 2.0 seem to retain an obscurantist and repressive interpretation of Islam, but it is reasonable to believe that they have acquired a far more nuanced understanding of regional dynamics and a different geopolitical perspective than their predecessor. On the regional level, only the Taliban’s failure to keep their promises on containing the spread of terrorism and radicalism will lead to outside support for Afghan forces opposing their rule. Nevertheless, as they form a government and move forward, if the Taliban do not take along all of the country’s ethnic groups, the violence and instability that have ravaged Afghanistan for the past four decades will doubtless continue.