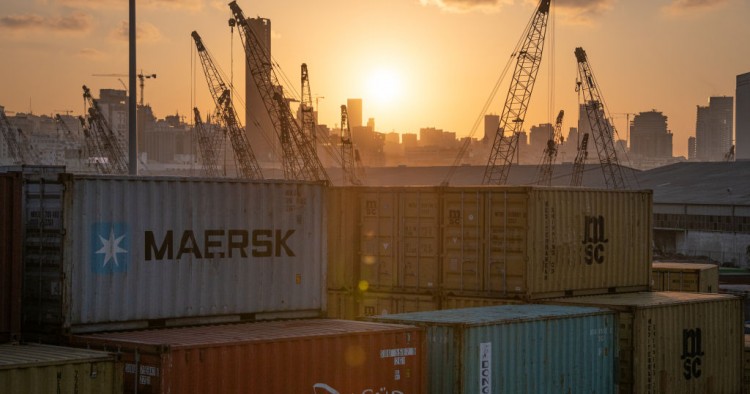 The Middle East and North Africa (MENA) needs bolder and deeper economic reforms. GDP growth is projected to be 0.6 percent in the region in 2019, a fraction of what is needed to create enough jobs for its fast-growing working-age population. Even in the few countries that have had periods of higher growth since the 2011 Arab Spring, poverty rates have failed to drop, suggesting the need for reforms to instill fair competition and promote more inclusive patterns of growth.

A transition from an administered to a market economy is essential to sustain the needed growth, but this prospect arouses considerable mistrust in the region, where many blame market liberalizations for the rise of crony capitalism that benefits a few connected firms.

In fact, it is decades of state dominance, not the periodic episodes of liberalization, that have encouraged state or private monopolies through subsidies, price controls, and barriers to entry and exit.

Even where efforts at liberalization have not been captured by the powerful few, the remedies to state dominance are unpopular — whether they entail the removal of subsidies or streamlining the workforce at state-owned enterprises — which makes it difficult to get the reforms right. Big state-owned firms also suck up so much financing that small and medium-sized enterprises, typically the most important creators of sustainable jobs, are crowded out of credit markets.

Moreover, the unfair competition that results from markets dominated by state-owned enterprises and firms connected to them deters private investment, reducing the number of jobs and preventing countless talented youngsters from prospering.

This lack of fair competition may be the underlying reason that MENA economies are unresponsive, but reformers must grapple with other issues too, such as whether inward- or outward-oriented economies are the best vehicles for achieving economic development.

It is time for MENA countries to focus on both demonopolizing their markets and harnessing the collective domestic demand of their economies to achieve export-led growth regionally and internationally. Most MENA countries have relatively small markets. But together the region has more than 400 million people, about twice as many as Western Europe. Moreover, while Europe’s population growth is virtually stagnant, the population in the MENA region is projected to nearly double by 2050. But as sensible as a move to regional markets might be, it will be difficult to achieve. MENA countries have always preferred to go it alone — the region is the least-integrated in the world, despite the potential gains to be made from removing barriers to the flow of goods and services within MENA countries.

Moreover, although steps such as reducing tariffs, solving poor logistics, and creating cross-border payment systems will undoubtedly help with regional integration, on their own, they are not sufficient to make much of a change. At the heart of the inability of MENA countries to integrate domestically and regionally are the almost impenetrable barriers to firms entering or leaving crucial markets — or, as economists put it, the lack of contestability. The economies of MENA have favored incumbent firms, whether private sector or state-owned. Their lack of contestability leads to cronyism and what amounts to rent-seeking activity, including, but hardly limited to, exclusive import licenses, which reward their holders and discourage both domestic and foreign competition.

This lack of domestic market contestability reverberates at the regional level. To unlock domestic and regional integration, the wall of vested interests in MENA countries must be torn down. In practice, this tearing-down could translate into the creation of regulatory watchdogs to champion open competition. The regional demand unleashed, accompanied by regulation, exercised at arm’s length, that fosters competition and fights anti-competitive practices could prevent the perpetuation of economic oligarchies, namely the powerful few who seize control of attempts at liberalization, with the unfortunate result of sullying, among citizens, the idea of reform.

An integral part of the competition and contestability agenda is transparency and data availability. Countries in the MENA region trail behind other similar middle-income countries on government transparency and the disclosure of data in critical areas that measure the evolution of poverty, the degree of competition in sectors, and the assessment of levels of domestic debt and the liabilities associated with government guarantees.

The flow of funds between public banks and other state-owned enterprises is opaque and leads to cronyism and corruption. Transparent public procurement can help eradicate this problem.

Access to data will allow a better evaluation of policies and their continuous improvement. In addition to access to data, freedom of investigation — especially for think tanks — is central to instilling a much-needed domestic debate in MENA on economic and social policies, which in turn would foster the region’s ownership of reforms and social cohesiveness.