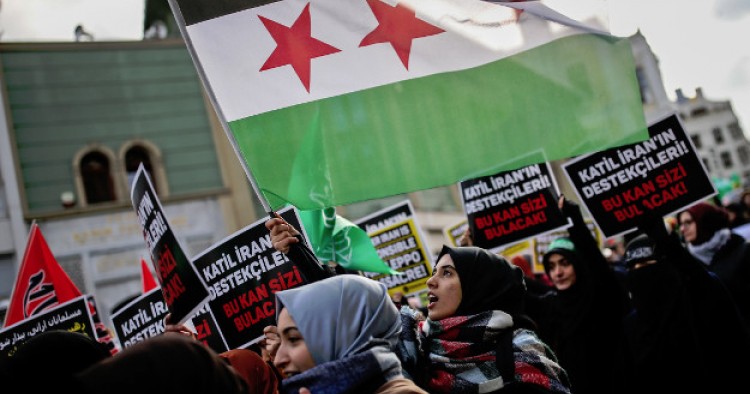 Kayhan, a leading newspaper that represents the most hardline of voices inside the Iranian regime, has been raising doubts about Turkish intentions in the Syrian conflict. The reservations the paper expressed come shortly after the late December 2016 Turkish-Russian-Iranian ceasefire deal aimed to kick-start the political process to find a solution to the six-year Syrian war.

Although it only hinted at it, the paper appeared to lambast what it called meandering joint attempts by Moscow and Ankara aimed to lower Iran’s control over the Syrian government of Bashar al-Assad. The paper called Turkish policies in Syria since 2011 “a failure” and warned Ankara against believing it can turn itself into a kingmaker in Syria by aligning itself closely with the Russians at this late stage in the conflict.

“There would be no Syria today to bring Russia and Turkey to the table if it had not been for Iran, Hezbollah, and other groups such as Dareh al-Watan, Fatemiyoun [members of Fatimid Division composed of Afghan Shiites], and Zainebiyoun [members of Zaineb Brigade composed of Pakistani Shiites] to stand firm against the [takfiris, an Iranian reference to “terrorists”].

The message of Kayhan was blunt. “Syria's internal situation is not at all manageable by Erdogan and Putin either individually or strictly with the help of each other to create a launching platform for themselves,” it said. In a clear reference to Iran’s long-standing support for the Assad regime, the paper added that any attempt to seek to sideline Tehran is futile.

What it called “relentless attacks on Iran by Turkish media” will not change anything in this regard, it said. What Kayhan prints matters because it is in many ways a mini think-tank for the Office of the Supreme Leader, Ayatollah Ali Khamenei. Such articles by Kayhan need to be seen as reflecting deep Iranian anxieties about the latest Turkish-Russian cooperation about Syria as all parties prepare for the peace talks in Astana planned for 23 January.