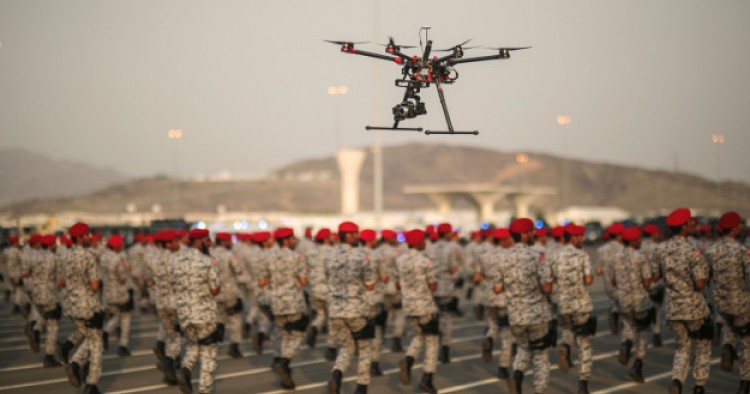 At long last, the Trump administration is close to announcing a decision on modifying key elements of Obama-era drone strikes. According to the New York Times, the proposed changes would relax constraints on drone strikes and commando raids outside of previously limited battlespace. This would expand strikes to occur in countries where militants are operating, but where U.S. attacks previously had not occurred.

Rules would also change to allow a more liberal approach to target selection. Presently, targets of the C.I.A. and military are for the most part limited to high-level militants thought to pose “a continuing and imminent threat” to Americans. Under the new policy, foot-soldier enemy fighters would be subject to attacks as well. In addition, proposed drone attacks and raids would no longer have to undergo high-level vetting. As an off-the-record official commented to the New York Times, the replacement rules should be taken as “clearer and less bureaucratic” than President Obama’s. This surely means that drone operators and ground commanders will have fewer impediments to face before launching strikes.

That said, administration officials have also sensibly agreed to retain the Obama-era practice of achieving “near certainty” that innocent civilians are not killed. Such a requirement is easier said than done, however. Achieving near certainty that civilian bystanders will not be attacked will require extensive monitoring and a substantial commitment of forces to keep track of not just U.S. forces, but also any Middle East state that wishes to deploy armed drones purchased from the United States. The challenge of achieving precision targeting for states such as the U.A.E. and Jordan—should they receive U.S.-supplied armed drones—will require extensive training and supervised experience before they achieve the required proficiency to minimize unintended loss of innocent civilians.

Of course, the ultimate approval of the “near certainty” policy still lies in the hands of President Donald Trump, who, if nothing else, is prone to changing his mind on a whim. However, in deliberations on the issue of “near certainty,” senior administration officials reportedly were convinced that the consequences of not having protections for innocent civilians exceeded the benefits of such an approach.

Implications for the Middle East

Presently, China is taking advantage of America’s more judicious approach to drone sales and is selling its own armed drones, apparently without conditions, to countries in the Middle East, Africa, and Asia. In the meantime, the Trump administration seems to have embraced a more cautious approach, entailing possible support for portions of the aforementioned joint declaration for the export and subsequent use of armed or strike-enabled U.A.V.s. Nevertheless, because the latter state department initiative was conceived during the tail end of the Obama presidency, it is likely that the Trump administration will modify this initiative and liberalize the sale of U.S. armed drones to Middle East countries for the first time.

There is further reason to believe that states that have gone shopping for cheap armed drones from the Chinese will soon find out that there is an important difference between current Chinese and American drone technology. It derives from the roughly two-decade head start that the United States possesses in real-world experience with armed and unarmed drones. China is considerably behind in the development of sophisticated drone infrastructure to accompany drone aircraft manufacturing. Such an infrastructure, for example, enables the development of top-notch remote pilot training, sophisticated satellite data links, and exceptional imagery exploitation.

Thus far, the U.S. government has chosen not to sell armed drones to either Jordan or the U.A.E. because of restrictions apparently related to the Missile Technology Control Regime. That regime imposes a “strong presumption of denial” for sales of systems that exceed certain range and payload characteristics—three hundred kilometers in the case of range, and 500 kilograms in case of payload. Of course, exceptions are sometimes made, but not, at least currently, in the case of the Middle East.

France, Italy, the Netherlands, Spain, and the United Kingdom are the only recipients of such drones. Under pressure from drone supporters in Congress and drone manufacturers, however, the Trump administration is thought to be inclined to make exceptions for sales of armed drones to the U.A.E. and possibly Jordan. In 2013, the U.A.E. managed to convince the United States to sell it the unarmed Predator XP, a system drone specially designed for sale to countries in the Middle East and North Africa. Yet, when Jordan attempted to purchase the same unarmed drone in 2015, the Obama administration denied the request for unexplained reasons.

Regarding Middle Eastern attempts to acquire advanced armed drones from the United States, one thing seems preeminent. Any sale is likely to require the recipient state to undergo extensive training, especially on the details associated with achieving the avoidance of civilian casualties.