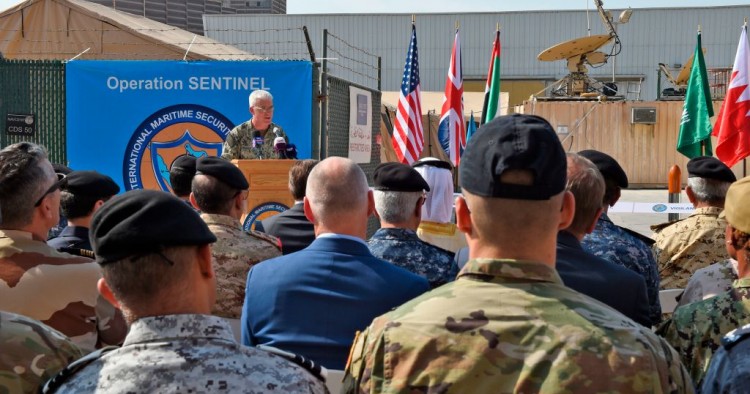 For all of U.S. President Donald Trump’s disparagement of NATO and apathy toward multilateralism, his administration may be doing a far better job than many of its predecessors in working together with global allies and regional partners to secure an area most critical to the world economy: the waters of the Persian Gulf.

For the past two decades, the United States has pushed various allies whose national economies depend on the stability of the Gulf to play more active roles in protecting the energy-rich region from Iran’s hegemonic aspirations, terrorism, and international piracy. The outcome, however, has been less than satisfactory, with both sides sharing the blame.

But U.S. efforts under the Trump administration to involve friendly powers in Gulf maritime security activities have intensified in recent years, suggesting that Washington is getting more serious about adopting a more inclusive approach. The political and material challenges are many and will take months if not years to address, but with the United States seemingly changing its outlook toward and relaxing its grip over that part of the world, the opportunity for a multilateral security architecture in the Gulf, at least at sea, is now possible.

Operation Sentinel, the latest U.S. initiative to police the Gulf waters, was initiated in July 2019. That this new International Maritime Security Construct, as Washington calls it, was launched shortly after a string of attacks in the Gulf sponsored or perpetrated by Iran should not obscure the fact that various other collective maritime security processes in the region, led by the United States, had been developing for months if not years before.