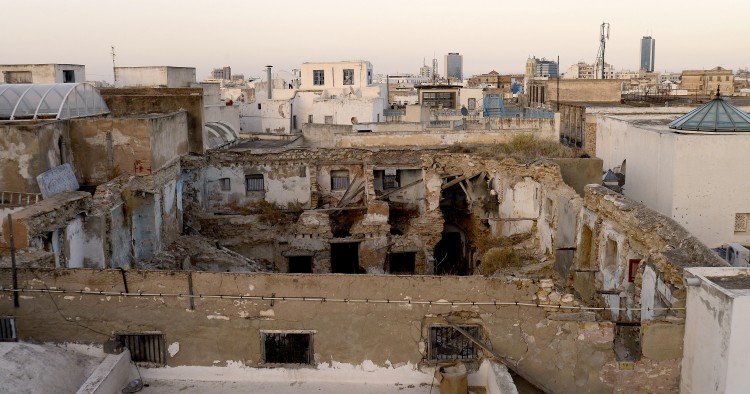 Jihadism in Tunisia is currently at its greatest nadir since the 2011 revolution, which overthrew former President Zine al-Abidine Ben ‘Ali and subsequently provided a space for Tunisian jihadism to grow. Ansar al-Sharia in Tunisia (AST) and later ISIS and Katibat ‘Uqbah Bin Nafi (KUBN) emerged as the most prominent such groups in Tunisia. While ISIS and KUBN cells continue to be active, particularly within remote mountainous regions on the Tunisian-Algerian border, the future of the Tunisian jihadi movement is largely being played out within the prison system, outside the view of the public.

On Aug. 27, 2013, the Tunisian government designated AST a terrorist organization. This ended an anomaly in the history of Tunisian jihadism whereby for the two and a half years following the revolution, individuals in Tunisia had been allowed to openly proselytize, recruit, conduct events, and provide social services that promoted jihadi ideology. However, jihadism in Tunisia quickly reverted back to the historical norm, one marked by foreign fighters, facilitators, logisticians, and terrorist plotters and attackers. Although AST was initially formed as an al-Qaeda front group, after its designation as a terrorist organization a majority of the Tunisians that remained involved in jihadism joined up with ISIS in Syria and later Libya. A smaller portion of individuals remained loyal to the al-Qaeda cause, and either stayed with or joined Jabhat al-Nusra in Syria (and its eventual successor groups Jabhat Fatah al-Sham and Hay’at Tahrir al-Sham), AST’s sister group Ansar al-Sharia in Libya, or al-Qaeda in the Islamic Maghrib (AQIM) in Algeria, Libya, Mali, and Tunisia (with the latter being KUBN). While this dispersion tamped down violence for two years, guidance and training from abroad—specifically in Libya and to a lesser extent Syria—caused a wave of plots and attacks against Tunisian civilians and security officials in 2015 and 2016. Most notable among these attacks were the Bardo National Museum attack in March 2015, the Sousse beach attack in June 2015, the attack on Presidential Guard personnel in Tunis in November 2015, and an attempt to take over the town of Ben Gardane on the Libyan border in March 2016.

ISIS’s capacity in both Tunisia and Libya has since degraded. Based on official claims of responsibility, ISIS was able to conduct 11 attacks in Tunisia in 2015, but only conducted four in 2016, four in 2017, and two thus far in 2018. This trend also holds true for KUBN, which conducted six attacks in 2015, five in 2016, three in 2017, and two thus far in 2018. These trends are not only due to intelligence collection by Tunisian security forces, but also the Tunisian government’s relentless arrests of individuals that have displayed any hint of sympathy with or any attempt to assist, join, or plot with jihadi groups, both domestically or abroad. However, by casting a wide net, there are concerns that individuals in earlier stages of mobilization may become unnecessarily radicalized in prison. The Tunisian government has not provided alternative off-ramps for such individuals.

Since the beginning of August 2018, Tunisian Ministry of Interior press releases and local Tunisian press reports revealed 43 arrests for jihadi-related crimes—a little less than one person per day (see map, below, of jihadi-related arrests from Aug. 1 to Sept. 14, 2018). It is also noteworthy that these arrests were from a variety of locales in Tunisia, illustrating that, even with a small sample size, jihadism in Tunisia is a national phenomenon, not one that is concentrated in just one or two areas.

While this is positive for Tunisia’s security, economy, and tourism industry, a purely securitized approach is not sustainable. The future of the Tunisian jihadi movement is playing out within the prison system—one that is overpopulated and without effective rehabilitation or reintegration programs. And for those that have been assisted by the European Union, questions remain as to how they have been implemented and if there are any metrics to test success and replication over time. Therefore, because of the hundreds if not thousands that have been arrested for jihadi-related crimes since 2013, plus the 16,000 individuals who have been prevented from traveling to Iraq, Libya, and Syria and remain in Tunisia, as well as the 970 returned foreign fighters from Iraq, Libya, and Syria, one can see how this phenomenon is not necessarily a waning issue—even if the attack pace and capacity is much lower than the 2013 or the 2015-16 time frames. Therefore, while Tunisia should be commended for putting the jihadi pandora back in its box, to better enhance Tunisia’s future security, as well as the well-being of its people, it would be useful to go beyond a security-only approach and harness its robust civil society to better reintegrate into society individuals that are not the most hardened or experienced jihadis. This then can help prevent a potential re-emergence of jihadi activity at such a large scale in the future. Otherwise, we will just see a repeat in Tunisia of what we have seen in so many other locales—a resurrection of a jihadi group, despite warning signs there from the beginning.