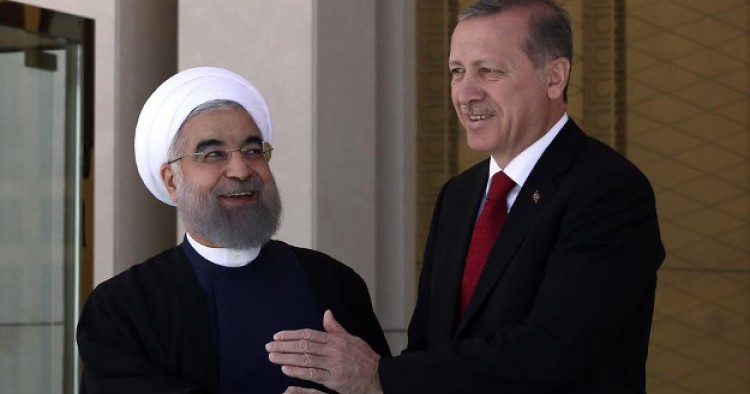 The Turkish government today summoned the Iranian and Russian ambassadors to protest “recurrent attacks” by the Syrian Army in Idlib Province against Syrian opposition forces backed by Ankara, the Iranian and Turkish media reported. The Turkish Foreign Ministry accused the Syrian Army of violating de-escalation agreement in Idlib by conducting air raids against Turkey-backed opposition groups under the pretext of targeting al Qaeda-linked al-Nusra Front. Earlier today, Turkish Foreign Minister Mevlut Cavusoglu said. "With the excuse of al-Nusra, the regime is targeting the moderate opposition. This damages the process of political resolution. The parties that will convene in Sochi should not do this," Cavusoglu told reporters in Ankara. The Turkish foreign minister's comments came a day after Syrian regime forces captured several villages from Ankara-based rebels. The Turkish Foreign Ministry also reportedly warned Russian Ambassador to Turkey, Alexei Yerkhov, that these “violations” have to end prior to the Syrian National Dialogue Congress which is slated for January 29 in Russia.

Comment: Turkey, Russia and Iran are the three guarantor states of the so-called de-escalation agreements that were agreed upon at the Astana summits last year. Syrian opposition forces have repeatedly accused Damascus and its Russian and Iranian allies of violating the agreements and targeting their forces under the pretext of fighting terrorists in Idlib and other regions.

As the Turkish government was protesting the latest “violations” by the Syrian government today, Iran’s Fars News Agency, which is affiliated with the Islamic Revolution Guards Corps, reported that the Syrian Air Force conducted a new wave of air raids against “terrorists” in Idlib. The report claimed the strikes targeted al-Nusra Front but it was not clear whether the actual target was the al Qaeda affiliate or other opposition forces. Quoting unnamed sources, Fars added that the Syrian Army troops have reached south of Abu al-Dhohour airbase after rapid advances on Tuesday, and aim to capture the strategic region to secure the road linking Damascus to Aleppo.

Daily Sabah, an outlet close to the Turkish government, today cautioned that the Syrian pro-regime forces are nearing regions which are being monitored by Turkish forces. “How far the regime forces will advance and how the interaction between Turkish forces, backing the moderate opposition, will be, also remains as an unanswered question at the moment,” it added.