Turkey’s energy relations with Russia: How should the West respond? 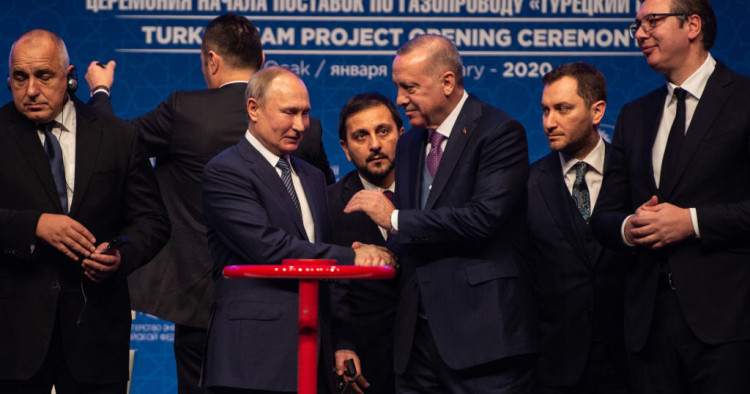 On Jan. 8, 2020, Presidents Vladimir Putin and Recep Tayyip Erdogan launched the TurkStream natural gas pipeline at a ceremony in Istanbul. While the security relationship between Russia and Turkey has seen ups and downs throughout the years, energy ties have remained stable. Indeed, multibillion-dollar projects such as TurkStream and the Akkuyu Nuclear Power Plant (NPP) symbolize the rapprochement between Moscow and Ankara since 2016. This is driven by overlapping interests. Russia sees Turkey as a key market for its hydrocarbons and nuclear technology as well as a conduit for energy exports to the EU. The Turkish government in turn regards the four-unit Akkuyu NPP - a facility to be built, owned, and operated by Rosatom - as essential to meeting future demand and to technological development. For its part, TurkStream has turned Turkey from a gas consumer to a transit country with all economic and strategic benefits flowing from it. The Istanbul ceremony was attended by the leaders of Bulgaria and Serbia which are currently building the pipeline’s extension into the EU.

But that is not the whole story. Rather than fully siding with Russia, Turkey has made strides toward reducing its dependence. The opening of the so-called Southern Gas Corridor (SGC) and the surge of liquefied natural gas (LNG) purchases have resulted in a dramatic decline of gas imports from Russia - imports fell by nearly 50 percent between 2017 and 2019. Changes in global energy markets have tipped the power away from producers toward consumers like Turkey, which have greater room for maneuver. Turkish interests remain largely aligned with those of the West, even if Ankara sees itself as an independent player which has links to both Russia and the EU and the US.

In Turkey’s energy relations with Russia: How should the West respond?, Dimitar Bechev outlines ideas on how to improve cooperation between Turkey and the West in relation to Russia.