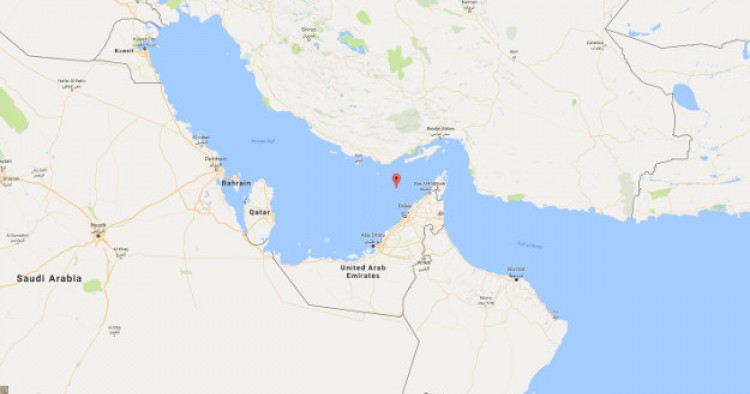 A senior official of the United Arab Emirates has called on Iran to end its “occupation” of the three islands of Abu Musa, Greater Tunb, and the Lesser Tunb, the Arab press reported. Marwan Ahmad bin Ghalaita, the first voice president of UAE’s Federal National Council (FNC), said the UAE has a firm position on the three disputed islands and will not abandon its claim over them. He stressed that the dispute can either be resolved through negotiations between Iran and UAE or Abu Dhabi will report the case to the International Court of Justice for arbitration. He also called on the Arab League to take a more serious stance on ending “Iranian occupation” over the three islands, which he said solely belongs to the UAE.

Ghalaita also accused Iran of providing weapons to the Yemen Houthi rebels to target Saudi mainland, including Islamic holy places in the kingdom. He urged the all Arab states to take a unified position against Iranian meddling in Yemen.

Comment: The long-standing, yet low-intensity, dispute between Iran and the United Arab Emirates over the ownership of the three islands predates the 1979 Islamic Revolution. It was under Mohammad Reza Pahlavi’s reign that Iran exploited the withdrawal of British forces from the Gulf and captured the islands on November 30, 1971 – just a day before the UAE gained independence from Britain. Prior to that, the islands were ruled by Sharjah, now one of UAE’s seven emirates. Under a 1971 agreement with Britain, the Shah government was permitted to have a military garrison on Abu Musa, while civil administration of the island was divided between Iran and the UAE after the latter’s independence in December of that year.

After the fall of the Shah, however, the revolutionary regime in Tehran initially honored that agreement but soon claimed sovereignty over the islands. The Islamic Revolution Guards Corps (IRGC) also began to establish a presence there and used Abu Musa, the largest of the three islands, to launch attacks against oil tankers during the 1980s Iran-Iraq war. In 2008, Iran said it was building maritime offices on Abu Musa – heightening tension with the UAE and other Gulf states. And in recent years, top Iranian military officials have frequently visited Abu Musa.

The small size of the islands belies their strategic significance – not only to the UAE and Iran but also for the stability of global oil market and the national security interests of the United States and its regional allies. This is because the islands are located near the Strait of Hormuz and are commanding shipping lanes along which about 20 percent of world’s oil passes every day. Iran has on several occasions threatened to close the Strait of Hormuz if the United States or Israel launches a military attack against its nuclear installations.