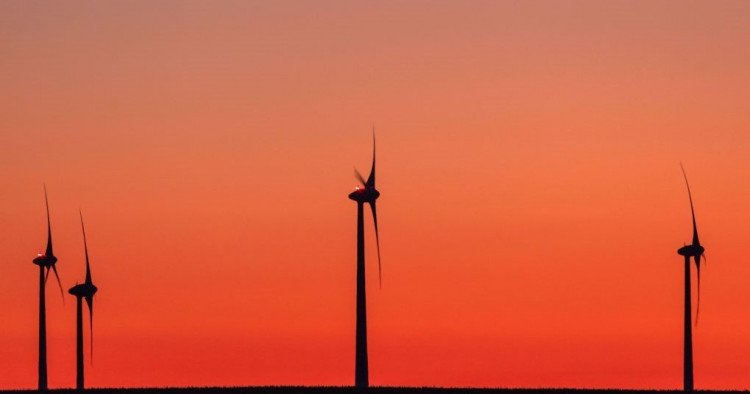 For decades, a country’s relative energy security was defined almost exclusively by its stock of hydrocarbon reserves, its wind-, solar-, and hydropower generation potential, as well as the physical or commercial ties it maintained with foreign partners to ensure security of supply and to meet domestic energy demand. As environmental concerns have increased, national governments began more methodically steering toward low-emission technologies that could efficiently make use of their countries’ natural resource potential. Critical minerals, such as cobalt, titanium, palladium, and various rare earth metals — essential components for manufacturing these “green” technologies — have, thus, become seminal for advanced economies pursuing an energy transition away from fossil fuels.

Russia’s motivation for invading Ukraine surely encompasses a wide range of strategic, ideological, political, and economic reasons. And while it may not have been a main factor in prompting the full-scale aggression launched on February 24, 2022, one consideration in the Kremlin was likely Ukraine’s large reserves of critical metals and their global strategic importance in the decades to come. The Ukrainian exit from this space has particular strategic relevance at this time. Namely, the armed conflict on Europe’s doorstep has forced Western societies to rethink their dependence on energy imports from Russia and to ramp up the move to non-renewable sources of energy. But the cutoff of access to Ukrainian sources, combined with the nature of the partnership between Moscow and Beijing — with China being the largest supplier of the necessary critical minerals — may endanger the very notion of the West’s energy transition.

Is Russia’s aggression in Ukraine also about mineral resources?

Europe’s long-term strategy to phase out fossil fuel use has endangered Russia’s main source of state revenue, forcing the Kremlin to focus on acquiring, one way or another, a new, future-proof high-value export — critical minerals.

Despite benefiting from the fourth-largest rare earth metals reserves in the world, Russia has always struggled to scale its output in this sector. Although the country is a major global supplier of palladium, scandium, and titanium, as well as an important seller of nickel and cobalt, it was not perceived as one of the main players in global markets, dominated first and foremost by China. In 2020, the Kremlin pledged the equivalent of $1.5 billion of investments in rare earth metals, in an attempt to become the second-largest producer after China, by 2030. But the fruits of this initiative are yet to materialize.

Ukraine, in turn, is also among the most richly endowed European countries when it comes to rare earth metals and lithium reserves, with estimates of the value of these deposits ranging from $3 trillion-$11.5 trillion. In 2021, the European Union signed a strategic partnership on raw materials with Ukraine, which generated a surge in interest from private companies. Given Ukraine’s vast mineral resources, combined with Russia’s own ambitions to bolster its market influence over this space, some experts have questioned to what degree Russia’s current aggression against its southwestern neighbor may have been driven by a desire to lay claim to those Ukrainian reserves.

In this context, Russia’s incursions into the southern and eastern regions of Ukraine may not be motivated solely by military calculations, considering that most of Ukraine’s critical materials reserves are located there. Similar reasons were likely at least partly behind the annexation of Crimea in 2014, when Russian military actions also notably targeted Ukrainian natural gas reserves off the coast of the peninsula (totaling up to 13 trillion cubic meters).

Consequently, as CBC News senior defense writer Murray Brewster recently argued, the war’s ending “has the potential to secure either Ukraine or Russia’s economic future for the next century.” The Kremlin’s control over these critical mineral reserves would be a game-changer, allowing Russia to increase its influence over multiple facets of Western countries’ energy security spectrum. However, controlling these reserves is not synonymous with their immediate commercialization, as the extraction and refining processes are no simple tasks.

Rare earth metals and their role in the energy transition process

The American Geosciences Institute’s list of critical minerals encompasses “rare earth metals and other metals such as lithium, indium, tellurium, gallium, and platinum group elements.” Their shared importance is that they are crucial in the manufacturing of various advanced technologies, including, notably, clean energy generation assets (solar photovoltaics and wind turbines, especially offshore ones), battery systems (utility scale, household scale, and batteries for electric vehicles), as well as various digital technologies (needed in the energy transition process but also in the broader global information technology and communications sector).

Even prior to Russia’s full-scale re-invasion of Ukraine, the critical minerals markets showed striking wholesale price increases, which were generated by several factors. First, as manufacturing sectors generally reopened after multiple COVID-19 pandemic restrictions, a sudden increase in demand for critical metals caused a price surge in global resources markets in 2021. Second, growing demand for green technologies (especially batteries and electric vehicles), driven by mounting concerns over climate change, translated into higher wholesale prices, especially for their main elements, such as lithium and cobalt. Third, with governments around the world pledging net-zero carbon emission targets — including through building up nascent green-technology sectors that can help restart their economies — the prospects of major investments in the green sector induce bullish trends for traders.

The geopolitics of critical minerals

Despite their name, the subset of critical minerals known as “rare earth metals” are not necessarily rare. However, in most cases, their extraction and refining processes are challenging operations, especially in light of environmental protection provisions in Western countries.

Thus, more than 60% of rare earth metals are mined by Chinese entities, either domestically or through long-term concessions abroad, mostly in Africa. The refining process of these elements is even more lopsided in China’s favor, with the country controlling more than 85% of the global market share. Moreover, Beijing’s “Made in China 2025” economic development plan, which aims to further advance a vertically integrated strategy around rare earth metals, has been additionally upending international markets.

Figure 4: Extracting and processing markets and their players

The availability of critical minerals in Euro-Atlantic countries was always low, either due to the natural geographical distribution of these reserves or because various environmental concerns hindered potential exploration. Thus, European and North American hopes lay, for instance, in the lithium reserves available in Australia. However, China’s limited or non-existent environmental provisions for critical minerals mining, combined with its poor labor conditions and regulations, have kept Chinese mining firms’ costs low, thus making a level playing field in this market virtually impossible internationally.

With Europe and the United States transitioning to a low-carbon economy, thus necessitating a speedy adoption of clean energy technologies and reducing their dependence on Russian hydrocarbon exports, the demand for critical and rare earth metals will continue to rise. Consequently, while trying to decrease their reliance on one dominant supplier of energy commodities (Russia), Western societies are inevitably tying, at least to some extent, their longer-term economic development to another one (China), possibly and inadvertently establishing an even more dangerous partnership for critical and rare earth minerals. Moreover, Moscow and Beijing’s formal (and especially informal) partnership might additionally exacerbate those trends.

Apart from the drivers that generated higher prices in 2021, the current context could create further bullish factors. In a scenario whereby Russia gains control and, eventually, makes use of Ukraine’s critical minerals, Western economic sanctions would consequently apply to these resources too, sustaining and potentially even increasing their prices on the global wholesale markets.

The alternative for the West — developing new mining and processing facilities in Australia, Europe, and the United States — will take time and financial resources, thus slowing down the energy transition process. However, some options are currently being explored.

The European Union recently issued its “2022 Strategic Foresight Report: twinning the green and digital transitions in the new geopolitical context,” which also aims, in the medium and long term, to unlock “sustainable access to raw materials.” But while some European countries have started exploring these new mineral exploitations options, environmental protests have surged, notably in Spain or Serbia. In contrast, the Norwegian Bjerkreim Exploration Project — which seeks to access one of the largest estimated global deposits of vanadium, titanium, and phosphate — apparently enjoys greater public support.

Despite these estimations, some experts have been skeptical about Ankara’s claims. However, if confirmed, Turkey’s role as a NATO member, as well as its existing partnership with the EU could fundamentally change. In this scenario, Turkey will not only represent an alternative route for gas supply through Southern Europe, as it is today, but also become the EU’s main factory for green technologies. Its historical trade partnership with the European Union (initiated as early as 1959) and relative proximity positions Ankara near the front of the list of potential critical minerals suppliers to the European economic bloc.

Beyond finding new sources of supply, the recent “Global Rare Earth Metals Recycling Market Report 2022-2026” highlights significant opportunities for achieving a circular economy in the critical minerals sector. Notably, the rare earths recycling market is expected to almost double by 2026 (reaching $422 million, versus $248 million in 2021). Lastly, another option — limited mainly to the transportation sector — is scaling up the manufacturing process for rare-earth-free electric drivetrains. Although this solution may partially solve some challenges in the vehicles sector while also decreasing the overall demand for rare earth metals on wholesale markets, ramping up production will take years.

As the “Climate Change & Security Impact Assessment,” issued by NATO during the June 28-30 Madrid Summit, underlines, the energy transition process needs to take into account the geopolitical dimension of critical minerals and, crucially, ensure that Allies develop “no further dependencies […] on unreliable suppliers, including Russia and China.” Russia’s direct interest in Ukraine’s significant reserves of critical minerals could, thus, endanger the very concepts of energy transition and climate neutrality being pursued by the Western world.

Andrei Covatariu is a Co-founder of ECERA (Ecological Economics Research for Action), a network of practitioners aiming to produce policy-relevant knowledge on the various facets of sustainability. He is also a Non-Resident Scholar with MEI’s Climate and Water Program.