UNIFIL and the Lebanese Army, a worthwhile US investment 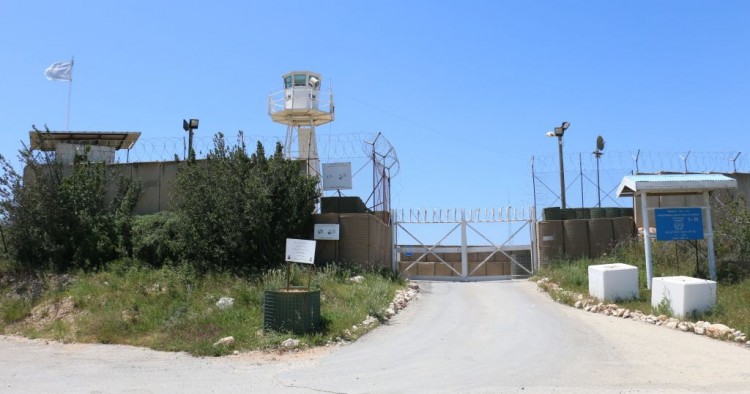 Recently, there has been concern over whether U.S. assistance for foreign militaries and UN global peacekeeping missions is worthwhile. I just returned from the Israeli-Lebanese border, where I saw first-hand the work of the Lebanese Armed Forces (LAF) and its partner, the United Nations Interim Force in Lebanon (UNIFIL). This is a positive story that the Washington policy community should be made aware of.

My colleagues and I at the American Task Force for Lebanon (ATFL) visited the LAF southern headquarters, the UNIFIL headquarters, and the Blue Line, established in 2000, separating Israel and Lebanon. We were encouraged by what we saw.

UNIFIL was established in 1978, under UN Security Council Resolution 425, to confirm the withdrawal of Israeli forces from Lebanon. Following the 2006 Israel-Hezbollah conflict, the UN adjusted its mandate to facilitate the entry of the LAF to south Lebanon and monitor the cessation of hostilities.

Each August the UN Security Council reviews and votes to renew the mandate of UNIFIL. Last year, the Council encouraged Lebanon to deploy a model regiment and an offshore patrol vessel in UNIFIL’s area of operations and accelerate its deployments in the area. Evidence today shows that UNIFIL and LAF are fulfilling this mission with great success.

Lebanon and Israel do not have a peace agreement and often refer to each other as the “enemy.” However, it is scarcely known that Israeli and Lebanese generals have been meeting in a building on the Blue Line about every six weeks for more than a dozen years, discussing infractions and disagreements on the demarcation of the Blue Line. UNIFIL chairs and facilitates the discussion. They and UN representatives make up two sides of a four-sided table with Israeli and Lebanese generals facing each other.

During their meetings over the past decade the generals have identified 13 areas on the Blue Line called “reservations,” which indicate disagreements on precisely where the Blue Line should be drawn when examined on an enlarged, more detailed map. Although the generals are not empowered to negotiate on behalf of their countries, this ongoing dialogue demonstrates what is possible if the two governments one day negotiate a final settlement of their border. These are tangible confidence-building discussions.

We learned that Israeli and Lebanese experts believe that only two areas of the 13 reservations remain “difficult.” One could be settled by exchanges of secure heights overlooking an Israeli settlement for more land to Lebanon. The other contentious reservation is the Mediterranean Sea marker (commonly referred to as the Hof Line), which some believe is an issue that requires a separate negotiation.

In our meetings we learned that UNIFIL conducts an average of 460 operations per day, including 75 with the LAF, to monitor infractions and enable the LAF to extend its operations in the south. We were informed that the LAF is capably carrying out its mandate, limiting infractions from Lebanon to a few minor incidents each month, mostly shepherds crossing the Blue Line. The Israelis violate Lebanese airspace with more than 100 illegal monthly overflights of planes and drones as well as illegal incursions over the Blue Line.

Although there have been some points of contention, such as the Israelis deciding to build a wall and fence on two disputed areas without a resolution, and the Lebanese not making a public statement confirming tunnels discovered on the Israeli side of the Blue Line, a historic breakthrough could still happen.

Following Secretary of State Mike Pompeo’s visit to Lebanon in March, Special Envoy David Satterfield has been shuttling between Lebanon and Israel to engage the parties in a political dialogue to settle either the land or maritime border, or both. It would be historic to achieve even a partial settlement of the border dispute.

The work of LAF and UNIFIL is proving to be worthwhile and, if negotiations begin in earnest in the coming weeks, they should take a large part of the credit, given their great work in interacting with Israeli generals and keeping peace on the border for nearly 13 years. The excellent performance by the UN and LAF should be acknowledged by the U.S. policy community as well.

Ambassador Edward M. Gabriel is the former U.S. Ambassador to the Kingdom of Morocco and President and CEO of the American Task Force on Lebanon. The views expressed in this article are his own.