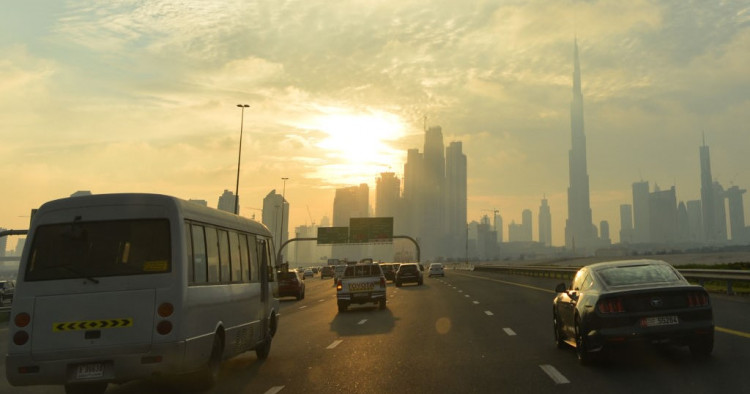 The latest Intergovernmental Panel on Climate Change (IPCC) reports clearly indicate that cities — responsible for up to 72% of global emissions — need to be redesigned to stand a chance against the climate crisis. The urban communities of the Middle East and Black Sea regions face some of the most difficult climate change effects, with increases in average temperature, deviations from normal rain patterns, sea-level rise, and a greater number of extreme weather events. To explain these phenomena, the latest World Air Quality Report (for 2021), issued in March by the Swiss-based firm IQAir, places most of the capital cities from the region among the top 50 most polluted in the world. To properly address their climate challenges, a comprehensive analysis of drivers and strategies to follow is needed.

Scholars have written extensively on the importance of cities for economic growth, with some even calling them the most important driver of civilizational progress throughout history. For centuries, various economic activities developed in these urban conglomerations, driving national economies and inevitably leading to waves of mass migration by rural populations. Although the details differ from one region to another, these migration trends have been generally caused by both urban pull factors (e.g., higher wages, job opportunities, education options, etc.) as well as rural push reasons (e.g., land degradation, poverty, low resilience to natural disasters, etc.). The latter cluster of factors is highly influenced by extreme weather events, which have increased both in frequency and intensity over the past century, leading to heighted cycles of migration, in turn translating to greater pressure on urban environments.

While the average population age is increasing in both Eastern Europe and Central Asia — mostly driven by a decrease in fertility and the outmigration of young generations from these regions — robust urban growth is still expected, based on the World Bank’s assessment. The same analysis points to faster urban growth in secondary cities (that is, those smaller in ranking compared to a country’s “primary” cities, based on population, size, economy, function, etc.) in the Middle East, a region already 64% urbanized, which may translate into lower rates of urban growth in primary cities.

The “Climate Change 2022 – Impacts, Adaptation and Vulnerability” report, issued in February by the IPCC, unequivocally highlighted growing urbanization trends as one of the key drivers of urban pollution. As Debra Roberts, the IPCC Working Group II co-chair, highlighted, “Together, growing urbanisation and climate change create complex risks, especially for those cities that already experience poorly planned urban growth, high levels of poverty and unemployment, and a lack of basic services.”

Additionally, as the global population continues to grow substantially in the next decades (although at a slower rate than before), new megacities are expected to emerge. All of the current megacities already exceed the World Health Organization’s (WHO) guidelines for the annual average PM2.5 concentration (0-5 μg/m3) — that is, particulate matter measuring 2.5 microns or smaller in diameter that generates numerous health issues — and in most cases, the accelerated pace of urbanization will exponentially increase urban pollution levels.

The current status of the regions

In general, the intensity with which levels of urban pollution are monitored in a given locality depends on several elements, including public budgets, the central authorities’ willingness to evaluate and showcase emission levels, or the number of grassroots initiatives aimed at raising public awareness.

The latest 2021 report by the Swiss air-purifier company IQAir highlights that West Asia (the Middle East, as well as Armenia, Azerbaijan, and Georgia) still has relatively limited air quality monitoring, despite an 86% increase in monitoring stations in 2021 (with a particular surge in the number of monitoring stations in both Israel and Saudi Arabia). In contrast, Europe (thus, also Eastern Europe) has consistent air quality, with both central/local authorities and individuals constantly tracking emission levels.

The same report showcases alarming figures related to cities’ compliance with WHO guidelines, which recommend keeping the concentration of PM2.5s below 5 µg/m3. No city in the Black Sea region or West Asia is meeting the recommended threshold. Moreover, as COVID-19 outbreaks forced countries to keep their economies partially closed during 2020 and 2021, higher urban pollution levels can be expected for 2022.

Even assuming that the disruptions caused by the pandemic will only be temporary, a generally positive trend can be observed across the capital cities of the Middle East and the Black Sea region (Figure 1).

Nevertheless, the capital cities of the two regions all rank in the world’s top 60 most polluted country capitals, with Manama, Muscat, and Baghdad even reaching the top 10, their PM2.5 levels exceeding recommended limits by a factor of 10. Moscow, although not a Black Sea region capital per se, is included in the sample for comparison. It seems to show the lowest levels of pollution for the analyzed regions (both in 2018 and 2021); yet its data reliability is questionable, considering the average age of Russian passenger cars as well as long seasonal periods of heating demand.

Numerous studies and reports have continually underlined how high pollution levels cause a variety of health issues for local populations. As the WHO mentions, exposure to extensive pollution “increases the risk of respiratory infections, heart disease and lung cancer. Both short and long term exposure to air pollutants have been associated with health impacts. […] The most health-harmful pollutants — closely associated with excessive premature mortality — are fine PM2.5 particles that penetrate deep into lung passageways.” As anticipated, the number of human lives lost due to air pollution across the analyzed regions is disturbing.

Contributing factors to high pollution levels in the region are quite diverse, with PM2.5 particles generated by a vast range of sources, including internal combustion engine emissions as well as coal and natural gas burning for electricity and heating purposes in utility-scale facilities or individual units. Additionally, airplane kerosene burning, intensive harbor activities, wood burning, and even tire wear are contributing elements. In this context, the cities from the analyzed regions face diverging challenges in their attempt to limit PM2.5 levels.

The cities of the Middle East struggle with a unique set of issues stemming from their initial urban design and geography combined with the structure of their domestic economies and limited or non-existent environmental regulations.

In turn, the cities of the Black Sea region experience, at least to some extent, an entirely different set of issues. And while European Union members Romania and Bulgaria follow the EU’s environmental policies (notably, taxing emissions mostly for electricity-generation purposes), other regional countries have adopted limited environmental rules.

Actions to curb urban pollution in the regions

As a June 2022 MEI panel event on resilient cities highlighted, finding the right balance between climate adaptation and climate mitigation measures is central to addressing pollution in cities and adjusting the drivers influencing overall air quality. The less consistently that mitigation measures are deployed over time, the greater the need for urgent adaptation actions.

Many municipalities around the world have already started to take formal actions in this direction. More than 10,000 of them have joined the Global Covenant of Mayors for Climate and Energy in the past seven years; and over 800 cities have pledged net-zero carbon targets by mid-century. However, urbanization trends are exceedingly acute — “the world is adding a new city of 1 million [people] every 10 days,” says Karen Seto, one of the leading authors of the IPCC report’s urban mitigation chapter. Though, as she mentions, the silver lining lies in the fact that “a lot of those cities have not been built yet.”

In this sense, while sustainable urban planning represents a key recommendation, its implementation is a daunting task to deliver and sell politically. Deploying, in advance, adequate urban infrastructure, as well as building and paying for nature-based solutions ahead of “traditional” development come with high financial costs. Furthermore, as local authorities rely on measurable and visible action plans for current city populations to secure their political support, investments made with an eye toward future inhabitants will pose political and electoral risks. For these reasons, some long-term mitigation plans may be canceled in favor of quick-win adaptation strategies or relatively easy-to-implement-and-easy-to-notice mitigation actions.

Electrification of both public services and household buildings is often suggested as a critical step toward reducing urban pollution; and this is one of the three main strategies recommended by the IPCC report. This step would only show significant benefits if coupled with low/no-emission electricity generators (on-site, such as household photovoltaic panels; or remote, such as utility-scale renewable generators). Otherwise, in the best-case scenario, pollution is only displaced from urban areas to regions where fossil fuels are burned for electricity production. For instance, an important distinction between low air quality and greenhouse gases can be easily distinguished in the case of the electrification of individual transportation. Since electric vehicles are heavier than those with internal combustion engines, their tires are likely to undergo accelerated wear and tear. As such, electric vehicles experience enhanced deterioration of tire materials, which can be more dangerous for the environment. Thus, policy measures aimed at tackling greenhouse effects may not implicitly improve urban air quality, and vice versa.

Another strategy highlighted by IPCC scientists calls for an overall reduction of urban energy consumption, including for heating, transportation, or land use. As the next decades’ leitmotif will be energy efficiency, prioritizing efficiency investments in urban areas first would drastically and immediately reduce a country’s overall energy consumption, curbing emissions. In addition, behavioral-influencing actions ought to be considered, in conjunction with providing alternative solutions, even for cities with existing energy efficient systems (e.g., public transportation in regions with long commute distances and low fuel prices).

Urban green and blue infrastructure aimed at encouraging carbon sequestration make up the IPCC’s third set of strategies,. Such measures are paramount in both adaptation and mitigation dimensions, and they can bring vast benefits to urban areas. However, as nothing comes without a trade-off, ringfencing urban areas for these purposes will, eventually, lead to increased housing prices, which may generate other economic, social, and even environmental complications. Additionally, from a carbon accounting perspective, green infrastructure is not a “silver bullet” solution, since, for example, cutting down trees will eventually release at least part of the CO2 volumes accumulated during their life. Solutions for carbon utilization and a circular economy, in general, should be identified and implemented in the decades to come.

In the medium to long run, the expansion of carbon pricing — both geography-wise and sector-wise — is critical for penalizing negative externalities and generating funds for more sustainable urban solutions. This attempt may come with different challenges across the analyzed regions, as the financial penalties will be perceived differently in most of the Middle East countries, in comparison with those in the Black Sea region. For the latter, the additional costs can generate social and political distress (including populist discourses), which may delay and/or reduce climate ambitions, obstructing more decisive climate action plans.

As the next two U.N. Climate Change conferences will be hosted by the Middle East, hopes for dedicated dialogues on urban climate action are increasing. But considering the fact that urban resilience capacity directly affects the economy and social order, the conversation should go beyond annual climate summits and involve all societal stakeholders.

Andrei Covatariu is a Co-founder of ECERA (Ecological Economics Research for Action), a network of practitioners aiming to produce policy-relevant knowledge on the various facets of sustainability. He is also a Non-Resident Scholar with MEI’s Climate and Water Program.