U.S. Economic Engagement with the Black Sea Region Must Be a Priority for 2021 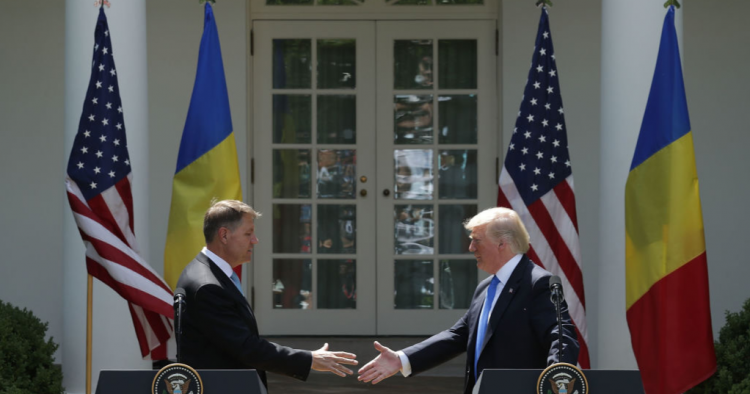 The Trump Administration’s shift of defense resources to support partner countries in the Black Sea has been an integral part of its engagement with the critical region. While increased defense presence has been a U.S. policy success, economic engagement has largely been secondary. The Administration has supported important regional initiatives, such as the Three Seas Initiative (3SI), to enhance regional connectivity and economic ties. However, trade tensions and broader economic pressures related to the COVID-19 pandemic have undermined deeper engagement.

It is in America’s national interest to double down on the successes of the Trump Administration’s regional economic engagement strategy, and establish trade and investment initiatives as the forefront of U.S. policy toward the Black Sea region. Supporting institutional reforms and market-based growth that encourages Euro-Atlantic integration is the best way to deter Russia’s lingering regional influence and should be a key component of America’s strategic engagement with the Black Sea region.

Time to Build on the Successes

The Black Sea region is home to some of America’s strongest allies and most vocal advocates of continued Euro-Atlantic cooperation and integration. Its six littoral states—Bulgaria, Romania, Ukraine, Russia, Georgia, and Turkey—are home to more than 300 million people, three North Atlantic Treaty Organization (NATO) allies, and two countries currently on a path to NATO and European Union membership.

The Trump Administration’s commitment to the region has led with U.S. support for regional security. Since 2017, the U.S. has backed its significant political support for the region with an enhanced military posture, helping to underwrite the region’s efforts to deter further Russian aggression. The Administration’s and the U.S. Congress’s bolstering of the European Deterrence Initiative (EDI), an effort by the U.S. Department of Defense to enhance regional readiness and collective defense, has been at the forefront. Initially authorized under the Obama Administration, President Trump and Congress have boosted funding for the EDI from just $800 million in 2016 to $5.9 billion in 2020. Most funding under the EDI has gone to enhancing the prepositioning of U.S. equipment and material, and increasing the U.S. military presence in Central and Eastern Europe through the use of rotational forces, though important components have included further training for Ukrainian military forces.

This enhanced military presence and increased training initiatives have complemented efforts to promote energy security and regional infrastructure. In 2017, President Trump spoke at the 3SI Summit in Warsaw where he pledged support for economic connectivity among the Black, Adriatic, and Baltic Seas. Since then, the U.S. International Development Finance Corporation (DFC) has pledged to match 30 percent of combined contributions to the 3SI up to $1 billion. This commitment of $300 million is aimed at building roads, railways, pipelines, and digital infrastructure to enhance Eastern Europe’s north–south connections. In addition, the Administration has announced further efforts to promote energy security by penning nuclear cooperation agreements with Bulgaria and Romania, in part as a result of its Partnership for Transatlantic Energy Cooperation (P-TEC) program.

While these efforts reinvigorated engagement in the region, there is more work to be done. In particular, U.S. economic engagement with the region should be enhanced by further cultivation of the successes of the Trump Administration, and development of a regional economic coalition that can counter Russia and China.

Washington should focus on enhancing U.S. trade ties, encouraging more targeted bilateral investment, and fostering domestic reforms to build a prosperous regional network of market-based economies that can resist Russia’s corrupt, state-led, kleptocratic model. Doing so will be difficult. The countries in the region are projected to struggle more than any other Eurasian countries in recovering from the COVID-19 pandemic.

Policy priorities for 2021 must focus on practical trade and investment engagements that support recovery and institutionalize economic policies that encourage sustainable long-run growth in the Black Sea region. Washington should:

Continue to encourage countries in the region to pursue institutional and structural reforms to strengthen its democracy and economic freedom. Functioning constitutional and legislative frameworks are in place However, further strengthening the rule of law and the business-dispute-resolution system, advancing the quality and transparency of public services, and safeguarding the independence of key institutions from undue political influences would contribute to nurturing new democracies and furthering economic freedom in the region.

Realign U.S. trade policy toward the region. Recent years’ protectionist trade policies stemming from Washington have hurt regional economic ties. The application of steel and aluminum tariffs on regional allies has undermined U.S. economic leadership and alienated regional countries with steel and aluminum industries, such as Georgia and Ukraine. Meanwhile, the ongoing U.S.–EU aerospace-subsidies dispute hurts both U.S. companies and Airbus’s regional supply chain, which stretches into EU member states Bulgaria and Romania. Refocusing U.S. national security concerns regarding steel and aluminum, and negotiating a ceasefire on large-aircraft subsidies with the EU, should be a key first step to reviving economic ties.

Reaffirm U.S. support for the 3SI and regional infrastructure connectivity. President Trump’s endorsement of, and his Administration’s leadership in, the 3SI has been notable for building much-needed momentum around regional infrastructure connectivity. Washington should reaffirm the U.S. commitment of up to $1 billion in funding and work to further incorporate Ukraine and Georgia participation.

Pursue a free trade agreement with Georgia. Next year marks the 30th anniversary of Georgia’s 1991 independence from the Soviet Union. Over the past three decades, Georgia has made substantial progress in integrating with the West and moving toward a more market-oriented economy. For years, the United States has discussed entering a free trade agreement with Georgia; 2021 should be the year to do it. A strategic free trade pact with Georgia, which should facilitate more U.S. investments and larger corporate participation in projects connecting Georgia directly to the EU and global markets via the Black Sea. A bilateral agreement would be a tangible demonstration of U.S. support not only for Georgia, but also for the region. Recently announced interest by the DFC to establish a regional office in Tbilisi, Georgia’s capital, would be another public and practical demonstration of U.S. policies toward the region.

Deepen practical cooperation with Romania. Strong bilateral relations between the U.S. and Romania have helped to bolster security in the Black Sea region, and will continue to pay security, economic, and political dividends. Romania has taken steps in the development of its strategic partnership with the U.S. on a range of policy fronts, including cooperation on energy security and 5G wireless technology. Keeping up the mutually beneficial momentum, Washington should support Romanian OECD membership and inclusion in the U.S. Visa Waiver Program.

Empower reformers in Ukraine to support economic growth. Ukraine is at a crossroads. Future international financial support from the International Monetary Fund (IMF), the World Bank, and the EU has been undermined by internal actors resisting anti-corruption and economic reforms. The U.S. must support IMF efforts to make funding conditional on future economic reforms, and empower Ukraine’s leaders to push through reforms in a constitutional manner that help to pave the way for its European integration. A Ukraine that is economically strong will be better able to resist Russian occupation in Donbass and attract Western investment.

The U.S. should take a multifaceted approach to advancing its interests, building relationships, and confronting adversarial efforts in the Black Sea region, which is a crucial geostrategic and commercial crossroads linking Europe and Asia. To that end, encouraging the like-minded and willing countries of the Black Sea to adopt policies that allow greater economic freedom depends in no small part on America’s coherent strategy for ensuring sovereignty and economic prosperity in the region.

Ryan Olson is a Senior Fellow at the Middle East Institute’s Frontier Europe Initiative. Anthony B. Kim is Research Manager and Editor of the Index of Economic Freedom in the Center for International Trade and Economics, of the Kathryn and Shelby Cullom Davis Institute for National Security and Foreign Policy, at The Heritage Foundation. The views expressed here are their own.

This article was originally published by The Heritage Foundation.