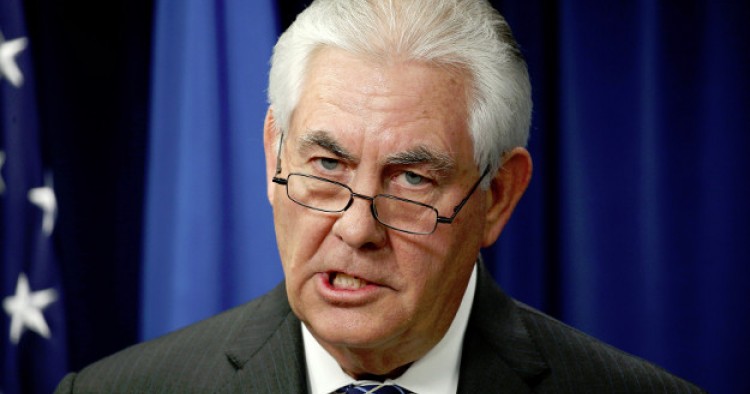 US Secretary of State Rex Tillerson’s remarks that Washington will maintain a long-term military presence in Syria to continue to assist the Syrian Democratic Forces and prevent a potential ISIS reemergence have worried Tehran. An article in Fars News Agency, a mouthpiece of the Islamic Revolutionary Guards Corps (IRGC), said that the “open-ended” deployment of US forces in Syria is aimed at “regime change” in the country. Calling it a “losing strategy,” the article continued: “The US has long insisted on regime change in Syria, but never before suggested that their military deployment was anything to do with that, let alone that the US might try to impose regime change militarily. With no legal justification for the US deployment as Washington has no authorization from the Syrian government or the United Nations, re-positioning the war away from ISIL and toward a war with Damascus and its allies makes an open-ended deployment even less tenable.” It added: “The regime changers should take note: It’s over… Washington has to think about how it can responsibly withdraw its occupying troops.”

The article also emphasized that removing Assad from power through diplomatic negotiations is also not feasible. “Now that Syria and its allies Iran, Russia and Hezbollah have defeated ISIL, it’s silly to even think about it.” The article further stressed that Iran, Russia and Turkey will remain the key external powers to find a negotiated settlement to the war without removing Assad from power.

Comment: Tillerson’s Wednesday speech on the Trump administration’s Syria policy drew a lot of reactions in Tehran, Ankara and Moscow. Speaking at Stanford University, the top American diplomat said: “But let us be clear: the United States will maintain a military presence in Syria, focused on ensuring ISIS cannot re-emerge.” He also called for “patience in the departure of Assad and the establishment of new leadership.” Tillerson also cautioned that a US disengagement from Syria would allow Iran to further strengthen its influence and presence in the Arab country and the broader region.

With ISIS militarily defeated, Tehran and its regional allies see the presence of US troops in Syria and Iraq as the biggest challenge to their consolidation of power and influence in the region. Although the Assad regime – thanks to Iranian and Russian assistance – now has the upper hand in the conflict, Tehran is still concerned that the US and its regional allies will focus on toppling the Assad regime after ISIS.

From Tehran’s perspective, the US military presence in Syria and Iraq would also increase the role of Iran’s regional rivals the two countries at the expense of Iranian agenda and interests in the region. The reaction from the IRGC outlet also highlights the potential for dangerous competition – if not confrontation – between the United States and Iran in Syria now that their common enemy Islamic State is defeated.