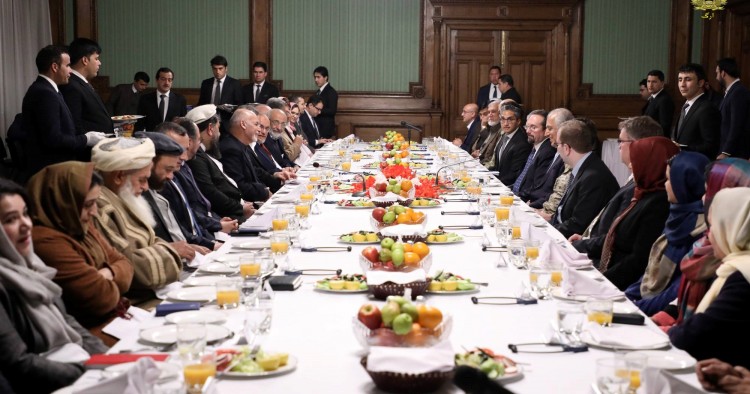 More than six months on, the Afghan government remains excluded from U.S.-Taliban peace talks, and the Taliban still refuses to engage with the authorities in Kabul or halt its deadly attacks. The exclusion of the Afghan government has caused severe strains in the relationship between Washington and Kabul.

Afghan President Ashraf Ghani has frequently expressed his displeasure at being kept out of the talks, which will effectively determine his political fate and decide the trajectory that the war-torn country will take. There are serious concerns that his growing bitterness may prove costly in the still-fragile negotiations between U.S. special envoy Zalmay Khalilzad and the Afghan Taliban.

Khalilzad and the Taliban held marathon two-week peace talks in Doha in early March, and the next round is expected to take place soon. Once again, Khalilzad did not deem it fit to brief the Ghani administration about his discussions with the Taliban.

The growing differences between Washington and Kabul came out into the open recently when the Afghan national security adviser, Hamdullah Mohib, went so far as to accuse Khalilzad of “delegitimizing the Afghan government and weakening it,” “elevating the Taliban,” and nurturing personal “ambitions in Afghanistan” to become the “viceroy.” (The latter was the title of the chief colonial administrator in British India and has negative connotations in South Asia.) This statement drew immediate censure from the U.S., with a Trump administration official asserting that Mohib’s remarks would “only serve to hinder” bilateral ties and the Afghan peace process.

Mohib was reminded that since Khalilzad represented Secretary of State Mike Pompeo, any attacks on him would not be tolerated. There is no doubt that Mohib’s public venting of anger was highly undiplomatic, but it also reflects the growing trust deficit between Washington and Kabul. The controversy has yet to die down, and U.S. diplomats walked out of an important meeting with NATO ambassadors and top members of the Ghani government on March 26 to protest Mohib’s comments. Afghan Chief Executive Abdullah sought to downplay the rift, insisting that bilateral ties remain “rock-solid, based on long-term common interests and shared values.”

It is no secret that Ghani’s power base has been progressively eroding. He remains helpless, aware that if any political deal is struck, he would have to step down. For Ghani, Washington’s decision to sideline his government is nothing less than a personal betrayal and an act of appeasement that would directly lead to the return of the Taliban to power in Kabul.

In addition to improving communication with the Afghan government, the U.S. needs to ensure that the difficult relationship between Afghanistan and Pakistan does not spin out of control at this critical juncture while also maintaining a working relationship with Pakistan. When Prime Minister Imran Khan, on March 25, said that Afghanistan should have a caretaker government to take the peace process forward, it infuriated the Ghani government, which has frequently accused Pakistan of playing a double game by providing support to the Taliban. The term of the current Afghan government is set to expire on May 22 and President Ghani has yet to spell out the constitutional arrangements that will be in place until presidential elections are held in late September. There have been persistent calls from prominent Afghan politicians, including Ghani’s key opponent in the presidential race, Haneef Atmar, that the elections be held under the supervision of an interim government. When Khan said the Ghani government was a hurdle to the peace process because of its insistence on direct talks with the Taliban, his real motives were to make it untenable for the Afghan president to remain in office after his term expires and push for the establishment of an interim government, in which the Taliban would have to be represented. Pakistan’s security establishment, which seeks to rehabilitate the Taliban in Afghan political structures, has frequently advocated for the creation of an interim government.

In an effort to demonstrate American support for President Ghani, the U.S. ambassador to Afghanistan, John Bass, tweeted a controversial comment, alluding to past scandals during Khan’s cricketing career, asking the Pakistani government not to “ball-tamper” (a form of cheating in cricket) with the Afghan peace process and stay out of its internal affairs. This led to an ugly Twitter spat. Two senior Pakistani federal ministers came down heavily on Bass, with one of them branding him a “little pygmy.” The row underscores the challenge of managing a delicate diplomatic balance as Khalilzad tries to find a way out for the Americans from Afghanistan, after more than 17 years. To mollify the Ghani government ahead of a new round of talks with the Taliban, Khalilzad met with senior Afghan officials on April 1 and “discussed the urgency of making progress on intra-Afghan dialogue.”

As he left Doha on March 12 to brief Pompeo, Khalilzad tweeted, “Peace requires agreement on four issues: counter-terrorism assurances, troop withdrawal, intra-Afghan dialogue, and a comprehensive ceasefire,” further asserting that “conditions for peace have improved.” However, the last two issues — the ceasefire and the intra-Afghan dialogue — are the most difficult to resolve. And it is easier said than done. Setting aside the issue of bringing Kabul to the table for negotiations, the Taliban has yet to even concede to Khalilzad’s demand for a cease-fire.

Amid concerns that Khalilzad may have given too much ground to the Taliban, thereis talk of “contingency plans” to protect America’s security interests if negotiations fail to produce results, meaning military options are still on the table. The Trump administration has been hoping for success in the peace talks but does not seem willing to sign a deal with the Taliban from a position of weakness.

Well aware of what is at stake in the peace process, President Donald Trump has given Khalilzad full freedom of action. The Twitter-savvy president has stayed well out of the talks; there have been no mocking comments about Afghan leaders or the Taliban. This has given Khalilzad sufficient room to maneuver in his talks with the Taliban.

In an effort to forge a regional consensus, Khalilzad held discussions with Russian special envoy Zamir Kabulov and Chinese special envoy Deng Xijun in Washington on March 21-22. In a statement on March 22, the State Department said that the three representatives “discussed common efforts to bring peace, prosperity, and security to Afghanistan,” while underscoring “the sovereignty, independence, and territorial integrity of Afghanistan.” Kabulov last met with Khalilzad on February 22 in Ankara.

In 1989, when the Soviets withdrew from Afghanistan, the lack of an accord resulted in the collapse of the Communist-led Afghan government in 1992, control of the Afghan state by the mujahedeen, and the subsequent emergence of the Taliban. And it was the chaotic political atmosphere of the late 1990s that resulted in the 9/11 attacks. Therefore, the three major powers seem to be in agreement about the need to reach a deal before the Americans withdraw to prevent a repeat of what happened after the Soviet exit. The very sight of the U.S holding peace talks with the Taliban also means that Washington’s hopes for a full-fledged democracy in Afghanistan have dissipated; Moscow and Beijing had no reason to entertain such ideas, and the Taliban movement is not compatible with such a system.

Both Washington and Moscow are pursuing their own processes to make peace with the Taliban, and it remains to be seen whether President Vladimir Putin would agree to merge the Moscow process with the U.S.-led peace negotiations. For this to happen, Khalilzad would have to persuade Kabulov that well-functioning state institutions in Afghanistan that are capable of accountable and effective governance are vital to achieving regional peace and stability.

While ensuring that Washington and Moscow are on the same page in regards to Afghanistan will be essential, so too will finding a way of bringing the Kabul government to the table for negotiations. As long as Kabul is excluded from talks about the country’s future, it will continue to drift further apart from Washington and the prospects for peace in Afghanistan will seem ever more distant.