Uzbekistan ups its involvement in Afghanistan 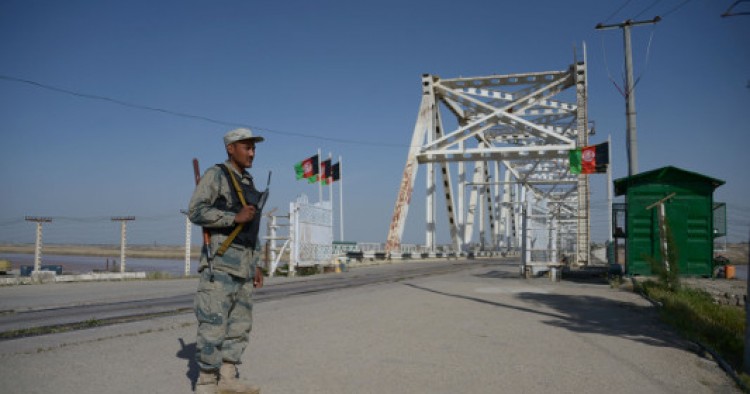 The Afghan conflict is so intractable that it continues to resist any kind of resolution. But Afghanistan’s northern neighbor, Uzbekistan, wants to try its hand. An international ministerial conference titled “Afghanistan–path to a peaceful future” is scheduled in Tashkent for late March 2018. According to Uzbekistan’s Foreign Minister Abdulaziz Kamilov, “the peace process remains the only solution to the ongoing confrontation for all intra-Afghan forces,” and the Tashkent meeting is primarily aimed at “agreeing [sic] the basic principles of the peaceful settlement in Afghanistan, elaborating a mechanism for launching negotiations between the government of Afghanistan and the armed opposition.” These are very laudable objectives indeed, but there is much more to Uzbek efforts than meets the eye.

Despite their rich energy resources, the five Central Asian republics have been a zone of conflict between various ethnic groups, primarily in the Ferghana Valley. Faltering political reforms, fragile economic conditions, and growing social problems provided fertile ground for the emergence of radical Islamism and paved the way for the penetration of foreign Islamist networks into Central Asia.

Central Asia’s contested boundaries have been porous to smuggled weapons and drugs from Afghanistan. Religious extremism and radicalization remain major challenges, and destabilizing forces such as the Taliban and Haqqani Network, al-Qaeda, ISIS, and the Islamic Movement of Uzbekistan (IMU) continue to endanger regional security.

Uzbekistan had cracked down on radical Islamism under long-term President Islam Karimov, without success. The IMU initially sought to overthrow the Karimov government, but later espoused greater ambitions for the creation of an Islamic caliphate across Central Asia, eventually joining forces with the Taliban.

Uzbekistan nationals make up a large portion of the militants currently fighting U.S. troops in Afghanistan on behalf of the ISIS’s Khorasan branch. In December 2016, General John Nicholson, the top U.S. commander in Afghanistan, said that “Islamic State Khorasan today is formed of members of the Tehrik-e Taliban Pakistan, the Islamic Movement of Uzbekistan, and even some former members of the Afghan Taliban.” Uzbekistan’s government has never disclosed how many of its citizens are suspected to have joined extremist groups abroad.

Given this vulnerability, Uzbekistan wants to make sure that Afghanistan remains peaceful and stable. At the initiative of the United Nations, the foreign ministers of the Central Asian countries and Afghanistan held at meeting in Ashgabat, Turkmenistan, in December 2017, “to create a new consultative Central Asia+Afghanistan (C5+1) format which is intended to be an effective platform for discussing the entire range of regional issues, as well as developing joint measures for peace and sustainable development,” according to the Uzbek Foreign Ministry.

This burgeoning security partnership has been accompanied by other developments in Uzbek-Afghan economic relations. In November 2010, Uzbekistan completed the construction of the first long-distance railroad between Hairatan and Mazar-e-Sharif, stretching nearly 47 miles. A second major railway project connecting Mazar-e-Sharif with Herat in western Afghanistan via the northern towns of Sheberghan and Maymana is also being considered. Uzbekistan Deputy Prime Minister Jamshid Kuchkarov, who visited Kabul on Jan. 20, said that Afghanistan would soon be connected with China by the Andijan railway route.

The Surkhan-Pul-e-Khumri power transmission project between Afghanistan and Uzbekistan was finalized on the sidelines of the Regional Economic Cooperation Conference on Afghanistan (RECCA) in November 2017. The first regular flights between Kabul and Tashkent have already begun.

During an official visit to Uzbekistan from Dec. 4-6, Afghan President Ashraf Ghani signed a bilateral cooperation agreement with his counterpart in Tashkent. More than 20 agreements on economic, transit, security, electricity, agriculture, health, and higher education cooperation have also been signed between the two countries. The Afghan national security adviser and his Uzbek counterpart also signed a memorandum of understanding on maintaining the security of the Hairatan bridge.

The U.S. is strongly in favor of a strategic Uzbek-Afghan partnership. Almost a fortnight after Ghani’s Tashkent visit, on Dec. 19 , U.S. President Donald Trump spoke with Uzbekistan President Shavkat Mirziyoyev “to discuss regional security and to explore opportunities for improved cooperation.” According to the White House, both leaders discussed “Uzbekistan’s role in Central Asia, including its support for President Trump’s South Asia strategy and United States’ efforts in Afghanistan.”

In the Pentagon’s report “Enhancing Security and Stability in Afghanistan,” submitted to the U.S. Congress in December, it underlined that “Central Asia continues to be important for U.S. security interests based on our continued need for access via the Northern Distribution Network,” while calling on the U.S. government to “develop closer ties between the Central Asian states and Afghanistan.” Together with Turkmenistan and Tajikistan, Uzbekistan was praised for its efforts to “positively influence Afghanistan by providing infrastructure, security, and economic assistance to build Afghanistan’s self-sustainability.” The 2017 National Security Strategy, also unveiled in December, made it clear that “we seek Central Asian states that are resilient against domination by rival powers.” It was an unmistakable reference to Russia and China, who do not share America’s views on what strategy to adopt in Afghanistan.

It seems that the U.S. is seriously promoting an Afghan-Uzbek strategic partnership. Washington, whose global reputation is at stake in Afghanistan, is fully behind Uzbekistan’s diplomatic attempts to help broker peace between opposing parties. Besides ensuring increased access to Central Asia for landlocked Afghanistan, Washington is keen to restore the Northern Distribution Network in case the American military’s transit routes through Pakistan are closed. After all, the Trump administration’s strategy of putting increasing pressure on Pakistan’s security establishment to sever all links with the Afghan Taliban cannot succeed if viable alternate arrangements to supply to U.S. forces in Afghanistan are not made.