The war in Yemen is a homegrown affair 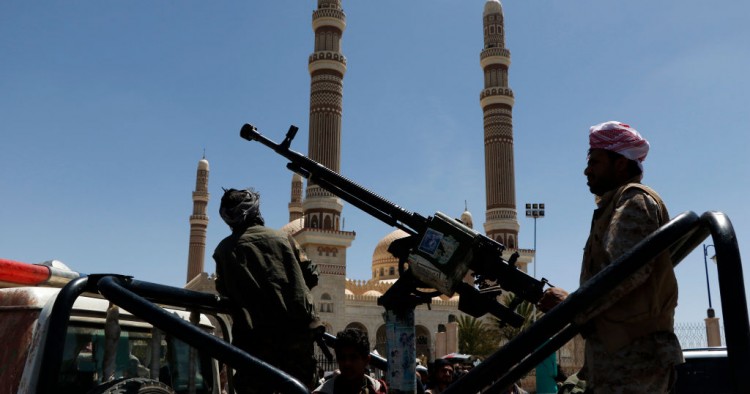 Many international commentators continue to present the war in Yemen through the lens of Saudi Arabian intervention or sectarian conflict. This narrative has even influenced the US Congress, where some members have passed legislation that rests on the assumption that the war is between the Houthis and Saudi Arabia, rather than against their fellow Yemenis. While the Saudis have intervened in the conflict and the Houthis have often played the sectarian card, neither narrative accurately reflects the current conflict between the Houthis and the UN-recognized government of Abd Rabo Mansour Hadi.

Instead, the latest war is a continuation of the six domestic conflicts fought between the Houthis and former President Ali Abdullah Saleh’s regime between 2004-2010. Violent internal clashes ensued in the following years and briefly spilled over into Saudi Arabia’s border regions. The conflicts of the 2000s, in turn, have their roots that go back to the creation of the modern Yemeni state in the 1960s. The state failed to develop the institutional capacity to provide Yemenis with equal access to the state’s resources or opportunities, with power concentrated in a narrow elite.

Yemen’s inability to address these problems has engendered a series of violent conflicts, coups, and civil insurrections since then. In essence, Yemeni internal stability has been undermined by widespread political disenfranchisement and socio-economic marginalization. The Houthis exploited this alienation, which was not merely sectarian – many Zaydi Shiites rejected their message as anachronistic and anti-democratic, while many Sunnis shared their non-sectarian resentments.