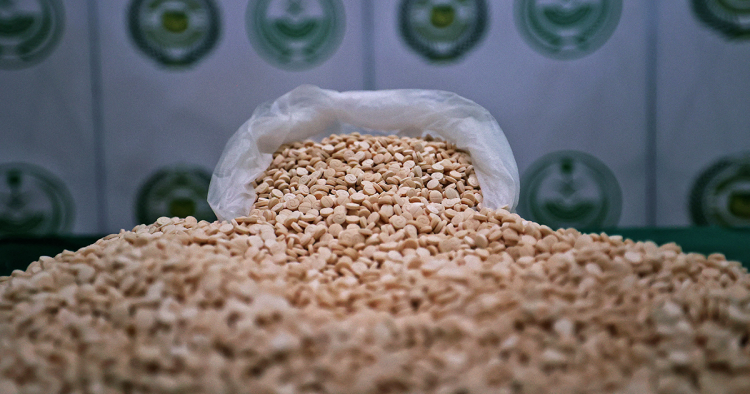 With Syria’s crisis now in its 12th year, international attention on the conflict-torn nation has arguably never been lower. In recent months, Russia’s invasion of Ukraine and the bloody war that has followed has drawn global focus, but a sense of detachment from Syria’s ongoing misery had taken root long before. While some 900 U.S. troops remain deployed on Syrian soil to counter ISIS, the territorial defeat of the terrorist group in early 2019 marked the closing of that chapter for many. Unfortunately however, crippling instability persists across the country, ISIS is slowly recovering, and the humanitarian crisis is deteriorating month-on-month.

On April 28, the State Department released a non-classified report on the estimated net wealth of Bashar al-Assad and his family, concluding that their combined assets amounted to approximately $1-2 billion. Notwithstanding the limited information included and frequent citing of “media reporting,” the report’s conclusion does not appear even close to realistic. In fact, the same report assesses the wealth of Syrian businessman Rami Makhlouf to “range between $5-10 billion,” even though his most lucrative assets were seized by the regime two years ago. The idea that a businessman of any stature would hold more financial assets than the combined Assad family, which has ruled and dominated Syria’s economy for more than 50 years, is nonsensical.

One particular issue that the State Department appears to have barely scratched the surface of in its apparent investigation is the significance of the drug trade. If a poll were taken on issues worthy of ongoing concern in Syria, challenges like ISIS, refugees, and humanitarian suffering would likely top the list. The drug trade, by contrast, would almost certainly be nowhere to be seen; it does not even register on the public radar. Behind this lack of attention, however, is a stark reality: Syria has emerged in recent years as a narco-state of regional and possibly global significance. Having destroyed much of the country, crippled the national economy, and reduced itself to pariah status, Syria’s regime and core components of its security apparatus have fronted a secretive industrial complex for the manufacture of a popular amphetamine known as Captagon.

In 2020, at least $3.5 billion of Syria-made Captagon was seized by law enforcement authorities around the world — narcotics worth more than four times Syria’s legal annual exports ($800 million) that year. According to two organized crime experts, the true scale of Syria’s drug exports that year was likely at least five times the amount seized — equivalent to $17.5 billion in 2020, or 22 times the nation’s total exports.

In 2021, nearly $6 billion of Syria-made Captagon was seized abroad (making for an estimated yearly total trade of $30 billion), and in April 2022 alone, 25 million Captagon pills have been intercepted in countries in Syria’s immediate neighborhood, with a potential street value of as much as $500 million. In Jordan, where much of Syria’s Captagon travels before heading to destinations in the Gulf, authorities say more drugs have been seized on the Syrian border in the first quarter of 2022 than in all of 2021.

Captagon, known by some as the “poor man’s cocaine,” has become a popular street drug in the Gulf region and shows possible signs of entering the market in southern Europe, North Africa, and as far as Southeast Asia. In addition to the typical amphetamine effects, Captagon pills can also contain chemicals that induce violent, psychotic behavior and are highly addictive, making them a frequent transition drug for even harder substances. The fact that Syria’s Captagon production and trade has grown exponentially in scale and reach in recent years should make it an issue of acute international concern.

In reality however, the Biden administration lobbied successfully in late 2021 to prevent the inclusion of an amendment within the 2022 National Defense Authorization Act (NDAA) that would have required it to develop a strategy to challenge Syria’s Captagon trade. Now, the enormous scale of the regime’s narcotics production appears to have been all but excluded from assessments of the Assad family’s personal wealth.

Turning a blind eye, it seems, is a more preferable policy option than having to challenge a new source of instability emanating from Syria. Next door in Jordan, which has been hit the hardest by the smuggling of Captagon, King Abdullah has led a policy of re-engagement with Syria’s regime, all amid deadly clashes on its border and a surge in the drug trade. In the Gulf, where Syrian Captagon appears to be consumed the most, some like the United Arab Emirates have sought to fully normalize with Bashar al-Assad’s regime, welcoming him in-person to Dubai.

Public investigations have linked Syria’s Captagon industry to a long list of regime-linked businessman, including members of the Assad family — based mostly on Syria’s Mediterranean coast, as well as in the cities of Homs and Aleppo. At the top of the Captagon pyramid lies Bashar al-Assad’s brother Maher, who as head of the infamous Republican Guard and Fourth Division, is arguably the second most powerful man in Syria. A few on the list are sanctioned by the United States, but most remain untouched for their role in the transnational drug trade. The smuggling of the drugs is managed centrally by the Fourth Division and its Lebanese partner, Hezbollah. Jordanian intelligence has identified and tracked Captagon shipments entering and exiting Fourth Division facilities and intercepted Hezbollah personnel coordinating deliveries.

The extraordinary scale and security implications of Syria’s newfound status as a major narco-state is an open secret among policymakers working on Syria, but the issue barely registers when it comes to policymaking or public statements. There is a simple reason for this: Acknowledging the problem would create a political expectation for a solution to be developed — and that would necessitate direct, sustained, and aggressive action against Assad’s regime and Hezbollah. Just like ISIS in days past, Captagon is another deeply destabilizing symptom of Syria’s persistent crisis, which itself is the result of Assad’s no-means-spared insistence on remaining Syria’s dictatorial ruler.

In an ideal world, policymakers in the U.S., Europe, and the Middle East would like Syria to remain far off the radar and to become a self-contained problem that does not necessitate concern. But we do not live in an ideal world, and so long as the root causes of Syria’s crisis remain unaddressed, challenges to regional and international stability will continue. Ignoring the production and smuggling of tens of billions of dollars of drugs is a profoundly dangerous and immoral policy.

Charles Lister is a senior fellow and the Director of the Syria and Countering Terrorism & Extremism programs at the Middle East Institute. His work focuses primarily on all-things Syria and on issues of terrorism and insurgency across the Levant. The views expressed in this piece are his own.