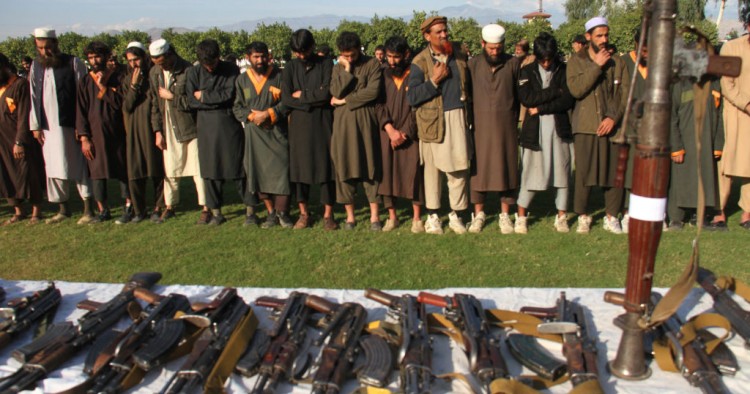 Afghan security forces, working in concert with U.S. airpower, have launched a series of successful attacks in eastern Afghanistan on ISIS forces, which operate locally under the banner of Islamic State Khorasan Province (ISKP). Simultaneously, the Taliban has conducted its own military campaign against ISKP in the same region. These campaigns have significantly degraded ISKP’s position in eastern Afghanistan, a development that may well increase the likelihood of an eventual U.S.-Taliban peace deal. The reduction of the group’s capacity in the eastern provinces allows the Trump administration to make two claims: first, that there is less of a need for an ongoing U.S.-led counter-terrorism mission in Afghanistan, and second, that the Taliban can be effective at preventing the country from becoming a safe haven for international terrorist organizations.

President Donald Trump is eager to be seen as withdrawing U.S. forces from Afghanistan. During his 2016 campaign, then-candidate Trump promised that he would end the U.S. military presence in the country and bring “the forever war” to a close. There is every reason to believe he wants to deliver on that promise before the 2020 election. In his recent trip to Bagram airbase, the president announced the restart of peace talks with the Taliban. A peace agreement between the U.S. government and the Taliban would allow the president to keep his campaign pledge.

ISIS emerged in eastern Afghanistan in January 2015 when fighters and commanders broke off from the Tehrik-i-Taliban Pakistan, commonly known as the Pakistani Taliban, and pledged allegiance to ISIS. Since then, ISKP has fought a violent campaign against the Afghan government and the international forces supporting it, as well as the Afghan Taliban, with which ISKP is competing to be the primary Islamist insurgency fighting against the government.

Since September there have been two military campaigns launched against ISKP, the first by the Afghan government with U.S. backing, and the second by the Afghan Taliban. According to Afghan President Ashraf Ghani, ISKP has now been “obliterated” in its provincial stronghold of Nangarhar. Provincial Governor Shah Mahmoud Miakhel claims that it has become impossible for them to reequip themselves elsewhere and threaten the country. At a minimum, these combined Afghan and U.S military efforts have reduced ISKP’s operational capacity to hold territory.

ISKP’s setbacks have most likely affected its ability to recruit fighters, collect revenue, and plan attacks. Despite the group’s diminished status, a number of U.S. officials and lawmakers continue to push for an ongoing light U.S. presence in Afghanistan to run counterterrorism operations against al-Qaeda and any remaining ISKP forces. The key U.S. interest in Afghanistan has been to prevent the country from becoming a platform from which terrorists could launch another attack on the American homeland. But the new facts on the ground allow the Trump administration to declare victory over international terrorism in Afghanistan and could support a claim that the U.S. mission in Afghanistan has been fulfilled and the forces can be fully withdrawn.

The second consequence of ISKP’s losses in eastern Afghanistan is that the Taliban can argue that they are in fact effective at keeping international terrorist organizations out of the country. If the current peace talks between the U.S government and the Taliban take a similar direction as the previous ones, many of the core elements of the prior peace agreement will likely remain in place in a second accord. It can be assumed that one of the key provisions for a U.S. withdrawal is a pledge from the Taliban to deny international terrorist groups the ability to operate in the country, and the Taliban could point to their fight against ISKP as evidence of this. It is expected that President Trump would use that evidence to sell a potential peace deal to the American people ahead of the 2020 election.

Even while the U.S. administration is trumpeting recent successes against ISKP, the U.S. military and others are warning that the group remains a security threat in Afghanistan. Elements of the organization are still believed to be present in various areas in the east and they have demonstrated that they have a dangerous terrorist cell in Kabul. In addition, while the Taliban may currently be an avowed enemy of ISKP, this should not be read as a permanent antagonism toward the group. Their ideologies are remarkably similar even if their priorities and tactics differ.

Moreover, recent successes against ISKP do not necessarily bring the Kabul government any closer to an agreement on the political future of Afghanistan. In addition, it is unknown whether a U.S. withdraw from Afghanistan would weaken Afghan security forces such that ISKP could resurge and regain its former strength. It is also conceivable that peace efforts that lead the Taliban to accept compromises may result in defections that, as in the past, could benefit ISKP and help it to rebuild as a terrorist threat.

Ammon Frederick Harteis is a recent graduate of The College of William and Mary. He was a research assistant in the Afghanistan and Pakistan Studies Program at the Middle East Institute. His research focuses on South Asian security affairs, the composition of armies, and civilian-military relations. The views expressed in this article are his own.