What Went Wrong after Bonn 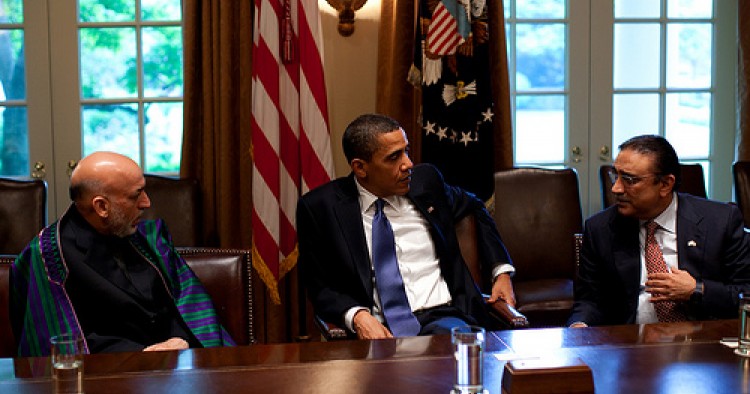 In many ways the first error began before the Bonn Conference with UN Headquarters delaying its convening to late November 2001, despite calls from my office to convene such a meeting in October before the Taliban’s ouster. The delay allowed the Northern Alliance (NA) to take over two-thirds of the country, thus presenting the participants in Bonn with a fait accompli. This led to the NA’s successful claim to the lion’s share of the ministries in the Interim Administration, which in turn enabled the NA’s warlords and commanders to retain or be appointed to many provincial and district governorships and to key positions in the Afghan National Army (ANA) and Afghan National police (ANP). The return to power of persons widely despised and dreaded by most Afghans for the atrocities and sleaze that had characterized their rule during the mid-1990s ensured that from the very beginning bad governance and corruption became the norm.

Another quiet controversy erupted both before and during the conference about the future UN role in the implementation of the Bonn Agreement. Some of us forcefully argued for a “heavy footprint” on the model of Cambodia, East Timor, Bosnia, or Kosovo, since we were convinced that its people were ready for some kind of international tutelage that would do away both with warlord and Taliban rule, reconstruct their country, and assist in building up rule of law institutions. In the end, the day was won by those favoring a “light footprint” and an “Afghan led” — process a politically correct slogan that in practice meant that the international community would be led not by genuine representatives of the Afghan people but a group of rapacious individuals.

At Bonn the participants (largely drawn from the NA and supporters of former King Zahir Shah) had requested the Security Council to dispatch an international force that would be deployed first to Kabul and then to other urban centers vacated by the Taliban. Though the United States was represented at the conference, we were surprised when at the Council’s meeting the US opposed the eventual expansion of the International Security Assistance Force (ISAF) beyond Kabul, presumably to ensure that the US-led Enduring Freedom Coalition would have a free hand in the rest of the country. Thus the US deprived itself of a larger European contribution at a time when, with fresh memories of 9/11, many governments would have readily participated in ISAF. Two years later, when the US sought a larger involvement of its NATO partners, the momentum had slackened. In the meantime, Iraq had consumed the attention of both the United States and its allies.

One important component of any nation-building exercise is to ensure that the central government enjoys the monopoly of the means of violence. Yet this task has never been taken seriously by the international community. The Disarmament, Demobilization, and Reintegration (DDR) process was rendered a formality, with each of the allegedly 60,000 NA militia members going through the motions of surrendering their oldest weapons to the Afghan Ministry of Defense, at that time headed by Marshal Fahim, the NA’s most powerful warlord, and Hamid Karzai’s First Vice-President today. Nor has the successor process, the Disbandment of Illegal Armed Groups (DIAG) fared any better: Neither ISAF nor the Coalition, whose cooperation would be essential in case of any resulting security problems, have shown the slightest interest in becoming involved. Perhaps one reason for the US and NATO’s indifference has been the continued ties some of them maintain with warlords and commanders whose cooperation they regard as useful in providing intelligence and who, in a bizarre reversal of roles, are remunerated for providing security to their military forces. It is little wonder, therefore, that verbal entreaties to President Karzai to improve governance fall upon deaf ears, either because of the President’s genuine fear of antagonizing the strongmen, his newly developed ties to them, or because he is aware, as in the case of his brother in Kandahar, of the ties that he and others maintain with the CIA or other foreign intelligence services.

It has become common these days to bemoan our collective failure to place greater reliance on Afghanistan’s tribal system. In reality, the system, which is largely a Pashtun phenomenon, has been severely weakened during the past 30 years of war at the hands of the Communists, the mujahidin, and the Taliban — nor do many educated Afghans call for its revival. An opportunity to do just that and to counter the Pashtun perception that they have been the losers in the Bonn process would have been the return of Zahir Shah as head of state in 2002. The old king, who passed away in 2007, enjoyed great popularity at the time — his reign (1933-1973) nostalgically remembered as Afghanistan’s golden years. Having returned from exile in the spring of 2002, the King appeared set to be elected head of state by a large majority of the members of the Emergency Loya Jirga (ELJ) when it convened in June of that year. It was not to be. Citing the opposition of some NA warlords who, expecting to be removed from their posts, found themselves lionized instead and seated in the front row of the Loya Jirga, the US Special Representative prevailed on Zahir Shah to announce that he would not accept the position of Head of State even if it were offered to him by the ELJ. This deprived Afghanistan of a highly influential voice who might have balanced the influence of the mullahs or breathed new life into the tribal system. It also would have led to the establishment of a Prime Minister and a cabinet responsible to Parliament rather than the Islamic Republic (with its ingrained Islamic ideology) we have today. The 2004 Constitution, drafted by an unelected body appointed by Karzai and largely beholden to jihadists, created, very much with the then-US Ambassador’s support, a presidential system concentrating power in one person who was irremovable during his five-year mandate, when what was needed in a multi-ethnic, bilingual society such as Afghanistan was a decentralized parliamentary system which would spread power among several categories of people.

Western governments, though, remained determinedly optimistic about Afghanistan. Afghanistan, unlike Iraq, which had absorbed so much of their attention in the meantime, was, they insisted, or would quickly become, a success story. President Pervez Musharraf’s assurances that Pakistan had reversed its decades-old policy of supporting either the Taliban and/or Gulbuddin Hekmatyar, the most violent of the mujahiddin parties, were taken at face value, despite evidence that both had found refuge in Pakistan. Equally, the West seemed oblivious that the close ties being rapidly developed between India and Afghanistan were feeding Pakistan’s decades-old paranoia of being sandwiched between two enemies which had been the main reason for Pakistan seeking to install a docile regime in Kabul.

There were other failures as well. Too little attention was paid to the need to rapidly train a professional Afghan police. The reform of the judiciary languished while attempts to establish an independent civil service have been unsuccessful. Nor was there an effort to support reformist and pluralistic Afghan civil society or political groups which would counter-balance the jihadist warlords and who would be there to follow up our work when we finally left Afghanistan. Economic reconstruction failed to focus on either agriculture or in job-creating projects, while huge quantities of money were wasted in overheads paid to private firms and corporations through which many donors, the US in particular, channeled their assistance.

The struggle against narcotics always was going to be slow and hard. It was certainly not helped by the US emphasis, until recently, on eradication — an expensive and corruption-prone procedure, which alienated poor Afghan farmers without seriously hurting the big drug lords, when greater focus on interdiction and subsidies for legal crops would have led to more positive results.

The last three years, and particularly the past one, have opened the eyes of Western governments to the sad realities in Afghanistan. And yet, despite the arrival of a new administration in Washington, one wonders at the West’s continued lack of foresight. The growing insurgency in the south and east of Afghanistan was bound to turn the presidential elections in 2009 and parliamentary ones in 2010 into nightmare scenarios. Some of us had warned that the Independent Electoral Commission (IEC) was anything but independent, its members having all been appointed by the President through a twisted interpretation of the relevant provision in the Constitution, while security conditions would prevent genuine elections in half of the country’s Pashtun districts, either leading to colossal fraud if they were included or to the disfranchisement of large sectors of the largest ethnic group if excluded. With conditions not existing for the holding of credible elections, it seemed desirable to convene in early 2009 a roundtable composed of key Afghan figures together with representatives from Parliament and of civil society to decide how to proceed. The fact that Karzai’s term of office expired on May 22 facilitated such an initiative. It was not to happen. The international community ignored all the warning signals, went along with the extension of President Karzai’s mandate, did not condition its $300 million support for the electoral process upon changes in the composition of the IEC, and appeared to be genuinely shocked either by the scale of the fraud or by the coarseness of the methods used for its perpetration.

Will we ever learn? There is precious little time to turn things around. Discussion on increasing the number of international military forces is irrelevant in the absence of a credible government in Kabul. Western governments for once appear determined this time to ensure that President Karzai carries out the major reforms and personnel changes that would rekindle hope in a wary and cynical Afghan public, simultaneously giving our public opinion reason to believe that we are not wasting the precious lives of our soldiers or the money of our taxpayers. Let us hope that on this occasion they will not be satisfied by promises and that they will link their assistance to performance by the new Afghan government and that it will not be too little too late.