What’s next in Afghanistan? The prospects for future political violence 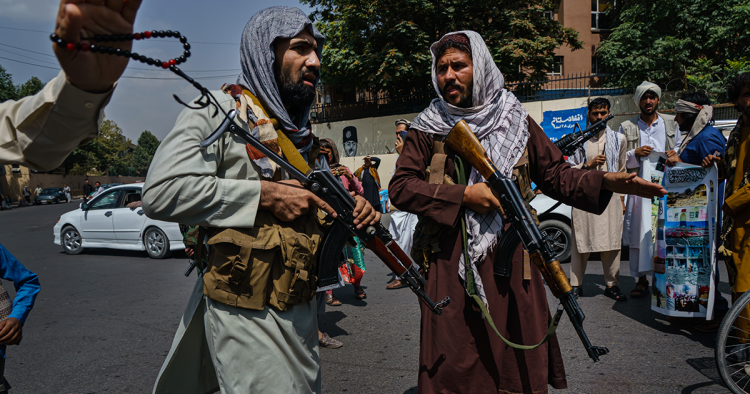 As the U.S. withdrew troops from Afghanistan, the Taliban pushed through large portions of the country, capturing strategic regional centers and ultimately securing the capital city of Kabul. In its pursuit, the Taliban faced relatively little resistance as it seized government strongholds. Rather than widespread fighting, reports indicate that Taliban fighters often cut deals with soldiers, offering payoffs or demanding surrenders. At the same time and as of the time of writing, the Taliban announced a general amnesty, encouraging former government officials and women to support the group.

Whether and how long this period of limited resistance and amnesty might last are unclear. What are the prospects for future political violence both within and outside the country? I outline how violence might unfold between political organizations within Afghanistan, interpersonally, and internationally.

The Taliban and areas of local resistance

While the Taliban control the capital city and regional hubs, that does not mean they have monopolized control over all areas of Afghanistan or that all individuals have accepted Taliban control. Territory that is contested is typically prone to higher rates of violence as different factions vie for control, and these contested locations could become hotspots for intensified violence between the Taliban and lingering resistance to it. Already, a former government official and Ahmad Massoud, son of Ahmad Shah Massoud, claim to be mounting a resistance to the Taliban. Protests against the Taliban’s rule also emerged in some areas. Such resistance could intensify.

Additionally, regional leaders who are able to wield their local influence to amass fighters to their cause have been potent political forces in Afghanistan historically (see here and here). While some have surrendered to the Taliban, it is unclear how long lasting such a surrender might be. As the Taliban work to consolidate their control over the country, their success in maintaining the compliance of these regional forces will likely shape how and where violence unfolds.

Finally, in other contexts and countries, local forces mobilized against the leaders of the central state have been used by outside actors to weaken the state and achieve political gains, a foreign policy tool called subversion. If a force armed against the Taliban arises, it could be used by foreign states to subvert the Taliban’s rule. In the Washington Post, Ahmad Massoud even actively called for “more weapons, more ammunition and more supplies” from other countries to support efforts against the Taliban. Subversion could not only increase intensity of violence between regional resistors and the Taliban, but it could also serve to weaken the central authority more generally, exacerbating already tenuous institutions.

Beyond violence between two organizations, violence might emerge on a targeted, individual level. As the Taliban consolidates its control, individuals who collaborated with the Afghan state or U.S. forces may be subject to violence by the Taliban or individual opportunists seeking to settle scores. According to Ajmal Ahmady, acting governor of the Central Bank of Afghanistan, the Taliban or “personal enemies” were inquiring about his whereabouts.

Additionally, in pursuit of political goals, the U.S. made the promotion of women, women’s education, and women’s rights central to its political agenda in Afghanistan. In so doing, the U.S. raised the status and rights of a subjugated group (women). Changes or threats to status are often sufficient motivations for inter-personal violence. This means that women are likely at risk for violence by the Taliban or its supporters, especially if they are merely exercising the rights, education, and behaviors that some may have enjoyed for all or the majority of their lives.

Already, the first elected woman mayor has said that she awaits death at the Taliban’s hands. In June, a woman journalist, Mina Khairi, was killed, and other women journalists have had to scale back their professional work. In areas controlled by the Taliban, women are required to wear burqas, a potentially expensive piece of clothing that not all can afford or have had time to purchase. In the past few weeks, there has also been an increase in violence against women, according to the Afghan International Human Rights Commission, and there are reports that women have been forced to marry Taliban fighters. Women and girls have expressed their fears of the Taliban’s encroachment to many in the Western media.

The U.S.’ actions to promote a subjugated group — women — and its subsequent withdrawal have likely made women especially vulnerable to attacks and violence.

Historically, the Taliban have allowed non-state actors to use Afghanistan as a sanctuary and staging ground for attacks in other places. Sanctuary often boosts the strength and capacity of a non-state actor, making them better equipped to engage in violence. The Taliban could maintain or deepen ties and connections with other non-state actors, such as al-Qa`eda, in ways that could make these groups more lethal and active in the region. According to recent reports, the Taliban’s re-ascendance has generated concerns among Chinese, Indian, and Pakistani officials about an increase in activity by non-state actors targeting citizens of these countries or strategic assets across the region. At the same time, other extremist groups purportedly issued celebratory remarks on social media as the Taliban cemented its control. Even if the violence within Afghanistan is relatively circumscribed, violence outside of the country associated with enhanced support from the Taliban could intensify.

To summarize, I make no claims about whether the U.S. should have withdrawn, or the quality of the implementation thereof. Rather, as the U.S. has been caught flatfooted as the Taliban pushed forward and the situation on the ground changes routinely, it is useful to think through how violence might emerge and in what ways, and to anticipate these potential outcomes accordingly.