What’s next after the sudden death of the Afghan peace process? 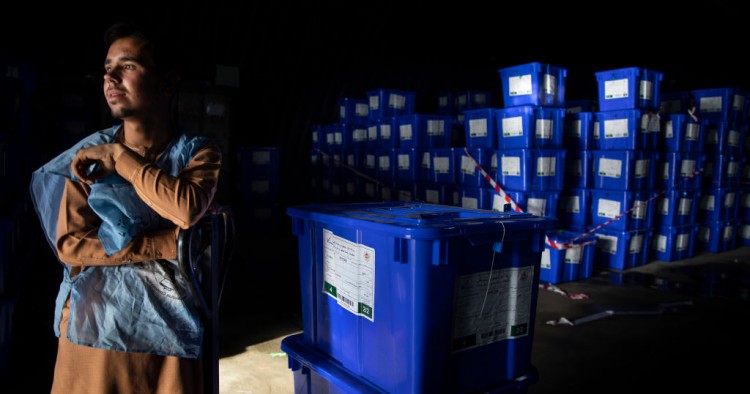 In the end, it all fell apart rather quickly. Instead of a long-awaited announcement about the details of a U.S.-Afghan Taliban peace deal, on Sept. 7 President Donald Trump tweeted that the talks were off, adding shortly afterwards that the Afghan peace process was “dead.” Only days earlier, Washington’s special representative for Afghanistan, Zalmay Khalilzad, had announced a draft agreement had been reached after nine rounds of gruelling negotiations.

The ostensible reason for the termination of talks was the Taliban’s claim of responsibility for a terror attack that led to the death of one American soldier. In addition to calling off the peace process, Trump also cancelled his planned meeting with Taliban leaders and Afghan President Ashraf Ghani at Camp David. The meeting would have doubtless generated bad publicity as it was set to be held just days before the anniversary of the 9/11 attacks.

Trump’s unilateral and impulsive decision will have far-reaching implications, both in the region and beyond. Ordinary Afghans must be feeling stuck between a rock and a hard place. Afghanistan has not enjoyed a single day of peace since it was invaded in December 1979 by the former USSR, and the conflict continues to rage with almost the same intensity even as America’s war has entered its 18th year.

Violence has been the Taliban’s main leverage in talks with Khalilzad. The last few weeks have seen an increase in deadly attacks from the group, which wanted to improve its bargaining position at the negotiating table. Although hedging is a common strategy for belligerents seeking to maximise their gains in the seemingly concluding phase of a conflict, the Taliban appears to have miscalculated and underestimated the disruptive potential of a presidential tweet. What really seems to have worked against the deal is the fact that the Taliban began to celebrate its victory a bit too early, and created the perception of a government-in-waiting. It was banking on the fact that Trump and his constituency are not only isolationists but also war weary to the extent that they would accept just about any terms for withdrawal. It was imprudent of the Taliban not to expect a pushback from the established American bureaucracy, which seems to have succeeded in moderating Trump’s initial zeal to exit Afghanistan, at least for the time being. Although he was recently fired in a typically Trumpian fashion, former National Security Advisor John Bolton had become a vocal internal critic of talks with the Taliban.

Since the deal collapsed, the U.S. has carried out many airstrikes, as reflected in Trump’s assertion that, on the anniversary of the 9/11 attacks, “we have hit our enemy harder than they have ever been hit before, and that will continue.” But it is quite ironic that Trump has escalated the conflict he sought to wind down. The Pentagon and the U.S foreign policy establishment will do their utmost to delay and oppose a departure from Afghanistan as there is a strong fear that whatever the terms and circumstances, the U.S. withdrawal will be viewed in the Muslim world as a victory for the Taliban, thereby boosting the morale of jihadists.

The Taliban has vowed to disrupt the Afghan presidential election, scheduled for Sept. 28. The group has already claimed responsibility for two recent terror attacks that have taken the lives of around 50 Afghans. If the Taliban decides to ramp up the military pressure, it will not be easy for Afghan forces to withstand. The group has a clear motivation for aiming to disrupt the electoral process: it likely fears that mainstream Afghan politicians, in league with the Americans, would use a successful election as a way of cementing the power of the Kabul regime.

Those invested in finalizing a U.S.-Taliban deal have been caught off-guard by its collapse. In particular, the cancellation of talks has come at a bad time for Islamabad. Pakistan is one of the regional players that wanted to see the deal go through, and its leadership always claimed to have pushed the Taliban in the direction of negotiations. The Pakistani military was jubilant at the prospect of the deal, which would have substantially boosted its image and vindicated Pakistan’s long-held position regarding the solution to the Afghan conflict. The deal also would have kept Islamabad in a pivotal position in the wake of a U.S. troop withdrawal. With the abrupt cancellation of the deal, Pakistan’s domestic and regional ambitions seem to have received a temporary setback. The issue of Kashmir will no longer find as much attention in Washington, and Pakistan’s narrative on the issue will lose steam. Pakistan also faces a huge challenge at the Financial Action Task Force (FATF) in November, and the Trump administration’s help could become extremely important. Moreover, Pakistan’s relationship with the Taliban is also likely to be affected. While the Taliban did not make several key concessions during the process, such as agreeing to a ceasefire, Islamabad made every effort to keep the Taliban invested in the reconciliation process. The next time Islamabad asks the Taliban to restart negotiations, it will have a harder time bringing the group to the table.

Whenever peace talks do resume, China is likely to have an important role since it enjoys good relations with three most important stakeholders: the Taliban, the Kabul regime, and Pakistan. Russia’s flirtations with the Taliban and its support for Afghan opposition figures have been a constant source of tension between the Kremlin and the Ghani regime. Immediately after the deal with the U.S. was called off, a Taliban delegation went to Moscow, where the Russians stressed the need to restart the process. But Moscow needs a more nuanced Afghan policy that recognizes that what benefits China does not necessarily benefit Russia. Moscow has used the Taliban as a hedge against the rise of Islamic State-Khorasan Province, ISIS’s affiliate in Afghanistan, but the resurgence of Taliban-brand Islamism will imperil security in Central Asian countries that Russia still considers its backyard.

It will be interesting to see how Iran responds as well. It is no secret that Tehran has made tactical deals with the Taliban, not because of any ideological affinity, but to embarrass the Americans. However, such a relationship is not sustainable in the long run, and in the aftermath of an American exit the Iranians will likely find themselves being dragged into unavoidable sectarian chaos.

Besides bad publicity, what may have held Trump back from making a deal is the thought of an immediate collapse of the Kabul regime in the event of a total withdrawal of combat forces. A return to full-fledged Taliban-style Islamist rule is not something that he can afford in the immediate run-up to the 2020 elections. However, if another phase of conflict begins, it will most likely result in massive civilian fatalities due to a military stalemate, but will have little impact on the ground. At the same time, Trump is unlikely to want to enter the 2020 presidential race empty handed on the Afghan front, so it makes sense for Khalilzad to try to reach some sort of compromise with the Taliban.

The chief Taliban negotiator, Sher Mohammad Abbas Stanikzai, is willing to resume the peace talks since the Taliban has so far maintained an upper hand in the process. Acting Assistant Secretary of State for South and Central Asian Affairs Alice Wells has also made it clear that the Trump administration is reviewing “how we get back to a sustainable peace process,” whereas Secretary of State Mike Pompeo has said that, for talks to resume, “The Taliban must begin to demonstrate a genuine commitment to peace rather than continue the violence and destruction.” But if Khalilzad restarts negotiations with the Taliban, he will try to make sure that the group agrees to a ceasefire not just with the Americans, but also with the Afghan army. As it were, offering incentives to the Taliban to agree to such a big concession would be like squaring the circle.