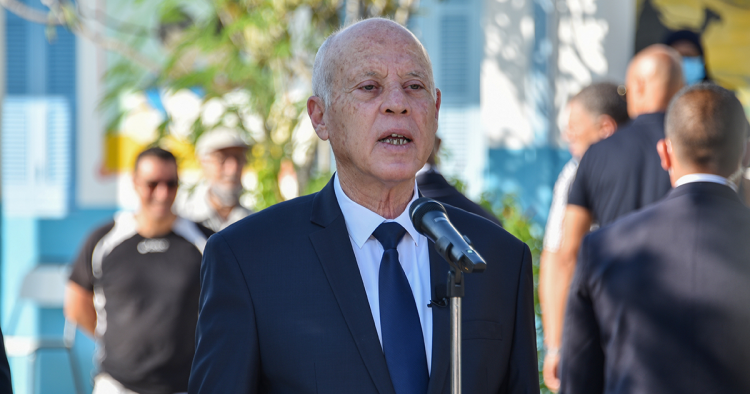 On July 25 Tunisians voted in a national referendum to approve a new constitution that will give the president, Kais Saied, expansive new powers, centralizing executive control while removing checks from the legislative and judicial branches. While the vote’s legitimacy has been questioned due to low turnout of 30.5% (a figure that has been disputed due to discrepancies in the numbers published by the state electoral body), an estimated 94% of those who did vote supported the new constitution. Following on from the vote, here’s what might be expected moving forward.

What will President Kais Saied do next?

In his speech in downtown Tunis immediately after voting ended on July 25, President Saied already said that his next priority is changing the electoral system. Saied has been criticizing the electoral system established in 2011 for even longer than he’s been criticizing the 2014 constitution. He has criticized the list system, which up until now has put MPs at the mercy of party heads before the voters have a say, and he has expressed a desire for recalling elected officials should they fail in their duties (a similar “recall” system exists in the California state system). This possibility of recall already exists in the new constitution’s article 61, but it remains to be clarified further by a new electoral law.

This prioritization reflects Saied’s laser focus on his long-term project to revamp the governing structure. In contrast, pressing economic issues like the debt crisis, an International Monetary Fund (IMF) loan under negotiation, and the related issues of inflation, wage depreciation, and collapsing public services appear to have been delegated to his ministers or not prioritized at all. On the IMF negotiations, however, resistance from the Tunisian General Labor Union (UGTT) poses a political problem that will inevitably fall on the president’s desk.

Saied may also try to extend and consolidate his control over the security sector. This will build on earlier changes he made to high-level personnel within the Ministry of Interior. For example, former intelligence chief Lazhar Loungou was, only days before the July 25 vote, reportedly extradited from Algeria to Tunisia. Loungou — long accused of being aligned with Ennahdha — had been fired and put under house arrest and faced several criminal accusations following Saied’s seizure of power last year. But then Loungou managed to escape to Algeria, suggesting that key elements of the judicial and security sector are still not under Saied’s control and are instead answering to other power centers.

What will the opposition do next?

Already political parties are challenging the referendum’s results following discrepancies within the Independent High Authority for Elections’ own reporting. They will continue to challenge the legitimacy of not only the referendum but of the constitution as well. It is highly unlikely this will result in anything substantive given that even Saied’s most vocal critics concede that the “yes” vote did indeed overwhelmingly win at the polls (albeit on terms they see as unfair and illegitimate, especially in light of the relatively low turnout). However, parties will likely use this questioning of the referendum procedures to further tarnish Saied’s international image — perhaps in the hopes that criticism by the United Nations, the United States, or the European Union will be a check on Saied’s powers.

A more interesting approach is that of Abir Moussi, the head of the anti-revolution Free Destourian Party (PDL). While the PDL came out against the constitutional referendum, Moussi had previously signaled she wanted a new constitution that, like the new one, is a presidential system. She has also long praised the rule of Zine El Abidine Ben Ali (under which she played a role as a high official with the ruling Democratic Constitutional Rally party). Because of that history, her stand against Saied as a “dictator” rings hollow, and it is likely her opposition is predominantly about carving out her own political niche and creating a path to power for herself. After the referendum, Moussi called for an early presidential election, a signal that she wants to use the new constitution for her own political benefit until she and her party are in power and can tailor it once again to their own needs.

What will civil society do next?

Opposition parties aren’t the only ones filing lawsuits against the referendum results. Transparency and anti-corruption watchdog IWatch has also filed a suit on behalf of a citizen. Other civil society groups have been increasingly critical of President Saied’s government, with the UGTT and National Union of Tunisian Journalists particularly vocal. The UGTT’s July 23 statement used some of its strongest language to date, noting that it “holds the President of the Republic responsible for this repressive deviation” after police attacked journalists the day before during a protest in downtown Tunis.

As Tunisia begins negotiations for a new loan agreement with the IMF — one seen as crucial to keeping the country’s credit lines open and able to import food in the absence of food sovereignty — the UGTT will play a key role. It will attempt to at least reduce the demanded austerity conditions if not try to veto a loan program it is likely to see as conceding too much in terms of driving down wages and privatizing public companies. A June IMF statement on Tunisia noted that the IMF “emphasize[d] the need for stakeholders to unite” on an economic reform program to get the deal, but a July IMF statement merely expressed the “hope that social partners and other important stakeholders can unite” — perhaps signaling that the IMF believes that the UGTT will have less power under a presidential system to extract concessions. However, even after the referendum, the UGTT still has the most capacity to play an opposition role.

Fadil Aliriza is the founder and editor-in-chief of Meshkal.org, an independent news website in English and Arabic covering Tunisia, and a Non-Resident Scholar with MEI’s North Africa and Sahel Program.