Which direction for U.S.-Ukraine relations? 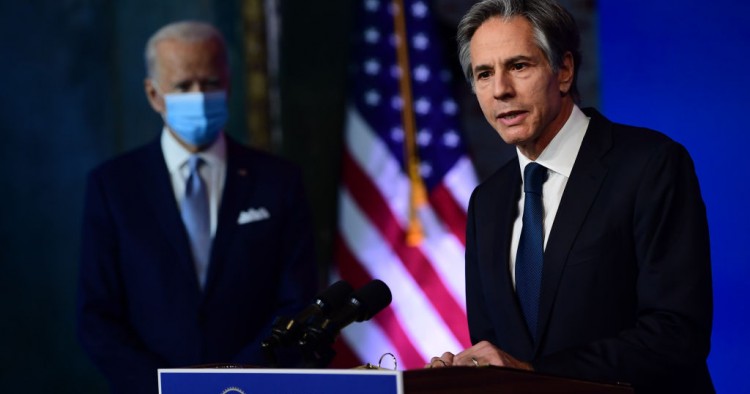 American support for Ukraine over the last four years has been unreliable and fluctuating. On the one hand, Ukraine was both an encumbrance and a political football for the Trump Administration. On the other, Congress and the regular U.S. Government continued to support Kyiv, and even began to send it lethal weapons. President Joe Biden and his new team possess an intimate knowledge of Ukraine and deeply support Ukrainian independence and resistance, meaning Trump’s dysfunctional policy is unlikely to continue. But what actually will replace it?

We already know what President Volodymyr Zelensky and his government want, namely a definite and assured track to full NATO membership and an invitation to the White House. This aspiration for a guaranteed road to NATO membership is widely held across Ukraine’s political spectrum. But even though the Biden Administration clearly supports continuation of shipments of lethal weapons – and the U.S. will certainly support Ukraine diplomatically against Russia – it is by no means a given Washington will publicly promote Ukraine’s NATO membership, even if Ukraine’s remand for that membership is an intellectually defensible argument.

The State Department readout of Secretary of State Antony Blinken’s conversation in early February with Ukrainian Foreign Minister Dmytro Kuleba clearly differs in emphasis from Ukrainian accounts. According to the State Department, Blinken reassured Kuleba of the strong bipartisan support Ukraine enjoys in the Administration and Congress and “the priority the United States places on Ukraine’s sovereignty, territorial integrity, and Euro-Atlantic aspirations.”  In other words, Washington recognizes Kyiv’s request to have a clear road to NATO membership. But there is no mention of support for that membership. Meanwhile the Biden Administration will continue lethal weapons shipments and along with the UK is working with the Ukrainian military in the Black Sea. Reports in the Ukrainian media based on the Foreign Ministry’s statements, however, were considerably more ambitious. Those reports talked about a more ambitious relationship – presumably hinting at a presidential visit once the pandemic permits it.

These reports also cited Ukraine’s welcoming of strengthened U.S. diplomatic efforts to resolve the war in Donbas and make Russia feel a price for its aggression that it is so high Moscow is unable to continue with the war. Furthermore, both parties, according to Ukrainian reports, discussed deepening mutual cooperation in the political, security, military, trade, economic and investment spheres, as well as combatting the COVID-19 pandemic. Perhaps more importantly, both parties reaffirmed the importance of maintaining progress in Ukraine’s reforms, specifically economic reform, rule of law and judicial reform, and strengthening the system of anti-corruption institutions. Finally, both sides paid special attention to joint efforts to counter hybrid threats and disinformation.

Arguably the key point here is reform. Indeed, there is clear concern in Washington and Ukraine that the reform impetus in Ukraine has stagnated and that Zelensky has not been sufficiently vigorous or effective in uprooting pervasive corruption and unsound economic policies. This is particularly a concern in the defense industry and overall defense establishment with suggestions that reform to Ukroboronprom (the Ukrainian defense industry) has faltered. It is also not clear that the armed forces have achieved the level of capability envisioned in the Ministry of Defense’s 2020 paper on the subject.

The gap between the U.S. and Ukraine readouts suggests at least two formidable obstacles to Kyiv achieving NATO, not to mention, EU membership anytime soon. First, inasmuch as President Biden and his team know Ukraine all too well, including its habitual evasiveness concerning reform, it appears that action in support of Ukraine’s accession to membership in NATO will be calibrated in proportion to the degree that genuine economic, legal, anti-corruption, and defense reforms occur. While the U.S. will continue strengthening ties and sending weapons, it will do so, most likely to augment its ability to monitor Ukrainian developments and pressure Ukraine to do more. The U.S. is not alone in this. European opposition to Ukraine’s NATO and EU membership has often been based on the argument that Ukraine has not attained the necessary level of reforms to make it eligible for either organization. Such arguments are difficult to refute even if they mask other less forthright European motives for this opposition. Consequently, for Washington to intensify its pressure on behalf of Ukraine and to gain support abroad for membership, Ukraine must commit itself more strongly and visibly to vigorous reforms across the board, including defense.

Kyiv must undertake these “self-strengthening” policies not only to win support abroad, but also to win support for Zelensky and strengthen its all-important domestic front. Only then can it achieve its strategic goal of raising the cost of the war to Moscow. Until now, Moscow has shown no sign of retreat. If anything, it continues to stonewall every opportunity for a negotiated settlement, gambling on the collapse of both Ukrainian domestic and European fortitude. Moreover, given the lack of cohesion in Europe – Germany still supports Nord Stream II and French President Emmanuel Macron calls for a dialogue with Russia that can only occur at the expense of Eastern Europe, including Ukraine – Kyiv cannot afford to weaken itself further vis-a-vis Russia or give European governments more reason to retreat.

The second potential complication in U.S.-Ukraine relations is the issue of China. While Ukraine has been relatively tough on China, President Zelensky has also said Ukraine does not see China as a threat and welcomes Chinese business, provided it treats Ukraine and its citizens with respect. Meanwhile, Washington for some time has sought to block Chinese interests from gaining a foothold in Ukraine’s defense industry. A major battle is looming over Chinese efforts to gain control of Motor Sich, one of the world’s largest engine manufacturers for airplanes and helicopters. Ukraine has recently imposed sanctions on Chinese investors in this company, probably due, at least in part, to U.S. pressure. Nevertheless, U.S. officials, both during the Trump and apparently now the Biden Administrations, worry that China is making inroads into Ukraine’s defense and telecommunications sectors and could also obtain intelligence secrets. Zelensky’s remarks that he opposed the sale of Motor Sich to China were therefore welcome. Nonetheless, U.S. pressure on Ukraine regarding China will make for a considerably more intrusive relationship with Washington.

A reformed Ukraine contributes in many ways to American interests.  First, a reformed Ukraine thwarts Russian efforts to subvert it by the simultaneous application of non-military and military pressures. A reformed, and thus stronger, Ukraine raises the costs to Russia of invasion whereas failure to reform tempts Russia into pushing harder and stonewalling the West in the long-standing belief that a self-standing Ukraine is inconceivable. Second, a reformed Ukraine becomes eligible for membership in the EU, other regional and sub-regional security formats, and ultimately NATO. It would then help thwart Russian designs all along the Black Sea and the Balkans, including non-military pressures. Third, Ukrainian reforms strengthen democratic governance throughout Eastern Europe, an outcome very much in keeping with the Administration’s goal of a grand democratic alliance of like-minded states. Lastly, Ukrainian reform inspires domestic pressures for reform in Russia, which are clearly mounting and which would, if successful, constrain Russian military threats in and around the Black and Baltic Seas, and the Arctic.

We can probably expect greater American intrusiveness to become a hallmark of the relationship with Ukraine during the Biden Administration. Ukraine’s overly ambitious aspiration to join NATO is undermined by its failure to implement long-promised and long-overdue reforms. While Kyiv is rightly seeking (or saying that it is seeking wherever possible) to integrate with NATO Allies and EU members, actual progress remains rather less consistent. Given the Biden team’s knowledge of Ukraine, it is therefore much more likely that they will not ignore Ukraine as the previous administration did. Rather, even as diplomatic, informational, and military support flows toward Kyiv, so too will Kyiv receive much more scrutiny from Washington and be on the receiving end of its intrusiveness regarding reforms and issues like China. Since Europe cannot and will not lead a campaign on behalf of Ukraine, Washington must lead any effort to end the war in Donbas on acceptable terms and facilitate Ukrainian membership in NATO, if not the EU. Only if reform is forthcoming can American activity generate both continuing domestic and foreign support for Kyiv’s ambitions. Under the circumstances, failure to reform will undermine not only Ukraine’s membership aspirations but also its ties to the U.S. Washington will not ignore Ukraine under Biden’s presidency. But it will demand much more from Ukraine and much more insistently than ever before.

Dr. Stephen J. Blank is Senior Fellow at FPRI’s Eurasia Program. The views expressed here are his own.