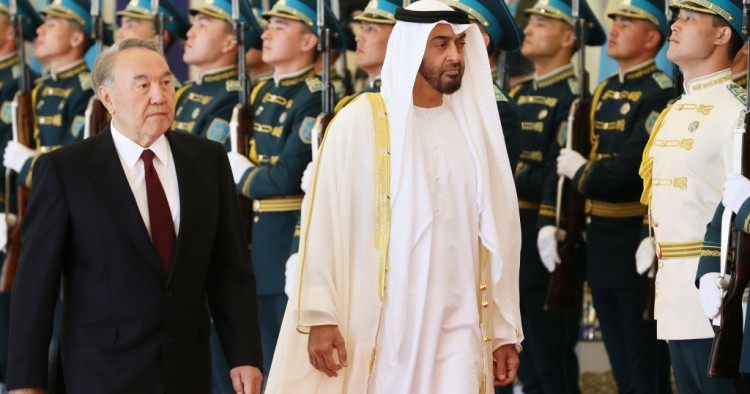 In two years, the world will mark the 30th anniversary of the disintegration of the Soviet Union. Russia dominated the Soviet economy, and with few exceptions, the other republics were simply links in the production chains of Russian resource-refining and manufacturing operations.

In the three decades since the collapse of the Soviet Union, some of the independent countries that emerged have become prosperous, while others have not. Geopolitical and macroeconomic factors have helped shape their state building and economic development processes, but in some cases, geography and natural resources have played an even bigger role.

This is particularly true for the countries of Central Asia and the South Caucasus, which have always benefited from their locations on the world map. When the Soviet Union disintegrated, investment poured in from the West, China, Russia, and elsewhere.

Kazakhstan, Turkmenistan, and Azerbaijan partnered with international companies to develop and export their oil and gas reserves. Their major challenge was that all are landlocked. The only way to get their petroleum products to global markets was to use Soviet-era pipelines running through Russia, which posed control and pricing problems.

To address this issue, the countries carried out various projects to expand their infrastructure and export options. Kazakhstan, Turkmenistan, and Uzbekistan worked with China to lay gas pipelines to the Middle Kingdom. Kazakhstan also built port facilities on the Caspian Sea to send oil to Azerbaijan and from there on to Europe. Azerbaijan, for its part, sent much of its gas to Europe in pipelines running through Georgia and Turkey.

Although it has broadened its oil export network, Kazakhstan still has to send most of its oil through Russian pipelines that terminate at ports on the Black Sea, where it can be transshipped around the world. Most of Azerbaijan’s oil ends up at Turkey’s Mediterranean port of Ceyhan, where it can be sent to Europe. And a broader gas pipeline network will soon send Azeri gas directly to Europe.

These countries have faced a major challenge in the past half-decade, however: oil price volatility. It has not only hurt their economies, but also those of neighboring trading partners that are not resource-rich.

The oil price decline was sudden and dramatic — falling from more than $100 a barrel in the early 2000s to $26 in 2016. Shell-shocked, Central Asian and South Caucasus countries accelerated their efforts to diversify their economies away from oil and gas.

They also began looking for additional investors. The wealthy states of the Persian Gulf were a natural fit, as they had the financial resources and were also interested in diversifying their economies away from petroleum.

While the Gulf states began investing overseas decades ago, they have intensified their efforts recently because of oil price volatility and growing international gas competition that threatens to depress the price of that resource as well.

The United Arab Emirates (UAE) and Saudi Arabia have led the overseas investment charge. This includes acquiring or taking stakes in U.S. and European companies, and more investments in Eurasia.

The UAE has been the clear leader when it comes to investing in Central Asia, attracted by the region’s vast resources and strategic location.

The UAE’s main investment vehicle, its sovereign wealth fund Mubadala, has pumped money into a number of energy projects in the region, including a coal plant and a chemical complex in Kazakhstan. Mubadala has also signed $10 billion worth of investment agreements in Uzbekistan, particularly in power generation and distribution.

In the private sector, Dubai-based DP World has helped Kazakhstan build cargo-handling facilities at its Caspian Sea port of Aktau and the Khorgos Special Economic Zone on its border with China.

Another Dubai-based company, Dragon Oil, is pumping oil from Turkmenistan’s section of the Caspian Sea. In fact, it is the only foreign producer exporting Turkmen oil.

Meanwhile, Saudi Arabia has loaned Turkmenistan money to build its section of the Turkmenistan-Afghanistan-Pakistan-India (TAPI) pipeline, which would send Turkmen gas all the way to India. If completed, the TAPI pipeline would be a huge asset for both countries, but it faces a number of geopolitical and security obstacles since it would run through volatile Afghanistan and Pakistan.

Tourism and trade in the South Caucasus

The Gulf states have invested less in the South Caucasus than in Central Asia, but a surge in Gulf tourists has been pumping money into Azerbaijan and Georgia. Together these countries attracted 300,000 tourists from the Middle East in 2018, a substantial increase from previous years.

In 2018, Azerbaijan introduced a visa on arrival for Gulf nationals, a move that contributed to the surge in tourists from the region. The country is also aiming to attract investments to its real estate, manufacturing, and hospitality industries by promoting business tourism.

When it comes to attracting foreign direct investment, Georgia has a lot of potential. Its GDP growth is over 4 percent a year, it is one of the top 10 countries in the World Bank’s Doing Business rankings, and it has very low taxes. In addition, it is investing heavily in core infrastructure such as highways, ports, and airports, with the aim of maximizing its geographic location and favorable trade agreements.

With both the UAE and Saudi Arabia showing more interest in overseas investment, it’s likely that more Gulf state money will find its way into the energy, power, and retail sectors.

Although all but one of the Central Asian and South Caucasus countries is landlocked, they collectively constitute a critical road and rail link to the lucrative European, Chinese, and Russian markets. This has already led to sizable investments in their transportation infrastructure, but much more needs to be done. The Gulf states could be among those cashing in on this major opportunity. They are not the only ones interested though: Central Asia and the South Caucasus are a key part of China’s massive Belt and Road Initiative (BRI), and two of the planned corridors under the BRI pass through the region.

Examples of transportation infrastructure projects that have already been completed include the Baku-Tbilisi-Kars railway from Azerbaijan to Turkey, which was finished in 2017, and the Trans-Caspian International Transport Route. The Trans-Caspian route, dubbed the “Middle Corridor” of China’s BRI, sends Chinese goods to Europe via Turkey, handling its first shipment on Nov. 3, 2019.

In addition to teaming up with overseas investors on transportation and infrastructure projects, the Central Asian countries and the South Caucasus nations of Georgia and Azerbaijan are working with West Asian states to establish an integrated regional energy market. In September 2019, nine Central and West Asian countries signed a declaration under the Asian Development Bank’s Central Asia Regional Economic Cooperation (CAREC) program to both integrate and liberalize their energy markets.

About $400 billion in power-capacity-expanding projects would be needed to create a cross-border energy market, experts believe — a figure so tempting that it would likely attract lots of foreign investors. Further integration of the markets will also mean a larger consumer market as well.

These projects, plus a number of pipelines built in the past 20 years, have transformed countries that once were just links in the Russian economy’s value chain into vital, stand-alone economic players with growing international profiles. Their role as a transportation corridor from east to west and north to south means that with more investment — including Gulf money — the countries of Central Asia and the South Caucasus stand to prosper even further.