Why the premature verdict on Lloyd Austin? 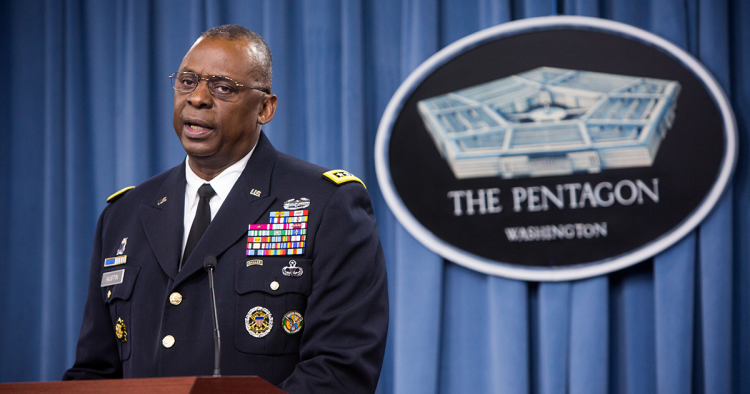 This article is part of MEI's series on the Biden Transition.

For someone who’s on the record strongly supporting Michèle Flournoy, the former under secretary of defense for policy in the Obama administration, to serve as President-elect Joe Biden’s secretary of defense, I don’t believe the choice of Lloyd Austin is as troubling as many portray it to be. He’s an impeccable and loyal public servant who will bring a wealth of relevant experience to the job. He is more than qualified. And he enjoys the full trust of Biden, which is indispensable.

I do have some concerns, but the doom and gloom expressed by many about the general, the biggest being his potential (mis)handling or even downright abuse of civil-military relations in the Department of Defense, is unwarranted.

Nothing about Jim Mattis’s tenure as Pentagon chief suggested he botched civil-military relations. I worked for Gen. Mattis, albeit briefly, and I did not see any evidence of favoritism toward the military. Some blame Mattis for being unable to more effectively manage Donald Trump, and that’s probably fair, but find me one person who did in the entire cabinet or in all of Washington. Let’s be clear about this: We didn’t have a Mattis problem when it came to civil-military relations, we had a Trump problem. Meanwhile, Mark Esper’s experience when he held the same job, this time as a civilian, didn’t inspire much confidence in his ability to robustly manage civil-military relations.

So, it’s not so much about who you are or where you come from. Rather, it’s about your ability to effectively perform your duties. Austin has only just been announced, and already there are voices out there bemoaning the death of civilian control of the military and the acute risks this presents to our democracy. Definitive judgments about him personally or his uniform generally are unhelpful and premature.

Civil-military purists seem to know the answers already: no, no, and no. But the reality is that we won’t find out until after Austin assumes his responsibilities (if the Senate accepts his nomination). As a military man all his life, Austin has no experience (or seemingly interest) in politics and political coalition building. Like all uniformed personnel, he follows orders, he doesn’t question or challenge them unless they clearly violate the U.S. constitution. People who have worked closely with Austin also say he is a humble, low-key individual. He doesn’t strike you as a combative or loud general. Whether that’s good for Biden or bad for the national interest is up for debate.

Recognizing that no secretary of defense really manages the Pentagon given its gargantuan size (maybe Donald Rumsfeld, who was a brilliant bureaucratic warrior and skilled politician, is an exception), he or she still has to have a good understanding of its labyrinthine processes and deploy some skill in management and bureaucratic jujitsu. Flournoy would have been great at that because she knows the ins and outs of the building. Nothing in Austin’s track record, despite what Biden said in his op-ed in The Atlantic, shows that he possesses that specialized knowledge. It doesn’t mean he can’t learn, but this might be a tremendous challenge.

Lastly, there’s some worry about Austin’s lack of experience in broader policy matters and specifically China, which will consume the U.S. national security bureaucracy for many years to come. Austin appreciates the complexities and nuances of the Middle East having served as CENTCOM commander but he knows little about the new priority region of the Indo-Pacific. His learning curve on great power competition will be steep. But so is everybody else’s in the department. We’re all learning how to define and “win” the competition with Beijing.

Biden’s choice of Austin as defense secretary is not a slam dunk. It would have been more advisable to appoint someone who has demonstrable experience in the categories above and who can hit the ground running on some core and urgent foreign policy challenges facing our country. But to say that Austin is going to fail at his civilian oversight duties and exacerbate a perceived national civil-military relations crisis like many are claiming has no basis.