Why Ukraine is a secret weapon for China’s airpower 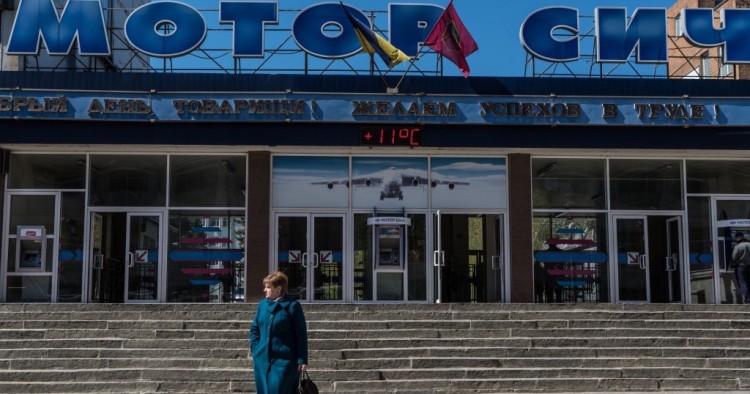 Name any category of weapons system and then check which countries are working on a design of that kind of weapon and one will make an interesting discovery: the armed forces of the People’s Republic of China (PRC) have more different types and designs of that weapon in development than the rest of the world’s arms producers combined.

One of the most prevalent examples is that of combat aircraft, which has been top priority for the People’s Liberation Army (PLA), both for operation from standard, land-based aerodromes and also from on-board aircraft carriers. The PRC has two large fighter aircraft design and production centres in Shenyang and Chengdu, an attack aircraft, a cargo lifter and bomber facility in Xi’an, and several other industrial sites that turn out jet trainers and smaller attack aircraft.

Since its first flight from the Chengdu Aircraft Plant No. 132 aerodrome in January 2011, the Chengdu J-20 fighter has been the most visible symbol of the PRC’s massive military build-up. The aircraft is a heavy, twin-engine design that appears to be developed to be stealthy – that is, giving a minimal radar cross section (RCS) return to any type of radar attempting to detect it.

Much of what the PRC knows about designing and building modern weapon systems – particularly aircraft – comes from technology, design techniques, reams of technical data and consultation with actual design engineers purchased from Russia since the late 1980s. In the 1990s, what had been a low level of technical dialogue between Russian weapon system designers and Chinese defense industrialists seeking to gain insight on how to build their own high-tech weapons became a torrent of weapon sales from Moscow to Beijing.

Included in these transactions were hundreds of Sukhoi Su-27SK fighters, an export version of the base Russian Su-27 design, two-seat Su-30MKK/K2 models, plus the engines and the radars and other on-board systems that were essential to their operation. In 1996, Russia and the PRC agreed to a contract for the licenced production for 200 of the Su-27SK models, designated the J-11 in PLAAF service, to be assembled at the Shenyang plant (SAC).

The contract, however, was not completed and never will be.

Having assembled 100 of the Su-27SK /J-11 aircraft – only half of the contracted number they had pledged to build and for which a licence fee to the Russian OEM, Sukhoi would be paid – SAC announced they were truncating production.

The reason, as the Russians came to learn, was that after years of studying the Su-27, Chinese design teams had successfully reverse-engineered the aircraft and were now prepared to start building what the Russians called an “illegal, pirated design,” which the Chinese designated the J-11B.

“Why would the Chinese keep building the Russian version – and paying the licence royalty if they could now build their own Su-27 copy,” asked one of the representatives from the Komsomolsk-na-Amure plant that set up the production line at SAC. “We even decided to close down our liaison office at SAC and bring our people home because they are doing everything without us. Because this way they do not have to pay millions for our supporting them.”

But long before this point, the expertise of Ukrainian industry had become of prime interest to the Chinese.

The former USSR had a sprawling and impressive defense industrial empire. But it was as intelligently dispersed geographically to support combat operations as it was scattered in order to reduce vulnerability (i.e. placing production of different weapon systems in far-flung locations so that an entire model’s production could not be destroyed by one air strike).

This policy resulted in Ukraine being a repository for production and the location of design expertise for some of the major subsystem components that these advanced weapon systems required. Radars, electronic warfare, numerous aerodynamic weapon systems, air defense networks, repair and overhaul plants and numerous other industrial sites were located all over Ukraine.

The function for many of these enterprises was not to be a place for the concept development and design and testing of new weapons. Instead, they were ideally placed and organised to provide the services for a standing military to sustain, maintain, re-manufacture and modernise existing, in-service Russian-design weapon systems.

These capacities were exactly what the PLA required to support the many Russian weapons that they had acquired. Now they had complete autonomy over the operation of, as well as ways to improve, these same weapons platforms.

“Russia was not at all interested in providing the assets and technical support that Ukraine could offer the Chinese. The initiative by the PLA to engage Ukrainian industry goes back to the early 1990s – for the simple reason that it was not in Russia’s interest to provide these capabilities to Beijing,” said a leading Ukraine defense industrial enterprise director.

“The ambition of the Russians was to make sure that the Chinese would come back to them for even the slightest changes or improvements for any weapon they had acquired from Moscow – even a change in a paint scheme,” he said. “And the Russians charged some very princely sums of money for any service, any spare part, any modification. It is one of the reasons the Chinese moved into Ukraine: to find as many partners as possible to develop their defense sector – but with an eye towards building on their experience with Russian weapons and which we in Ukraine know so well.”

From Ukraine, Chinese defense enterprises began purchasing Russian-design subsystems originally designed during the Soviet period but produced in Ukraine. The same Ukrainian defense enterprise were also instrumental in supporting Chinese efforts to establish their own production and design enterprises for many of the same subsystems

But, however effective Chinese efforts at reverse-engineering were, they have consistently failed in adequately copying advanced jet engine designs. For years, Chinese industry has been purchasing variants of the Lyulka AL-31F jet engines that were originally designed for the Su-27 from the Russian Salyut plant in Moscow, and specialized models of the Isotov RD-33 installed in the Mikoyan MiG-29 from NPO Klimov in St. Petersburg. Without those engine purchases, an entire collection of new Chinese fighter aircraft programs – including the J-20 – would not exist.

The absence of their own entity that could produce sufficiently reliable and efficient jet engines had become the Achilles heel of the PRC. Ukraine offered the perfect solution with Motor Sich. The Zaporozhiye-based aeroengine company produces an entire raft of jet engines that can be used in fighter aircraft, helicopters, transport aircraft and even cruise missiles.

Motor Sich is the only aeroengine enterprise from the Soviet era still capable of producing an entire jet engine completely on its own. In contrast, most Russian engine firms have lost so many personnel and other assets since the fall of the USSR that they require three or more firms working cooperatively to design and build a single new engine.

The original plan was for Motor Sich to form a joint company called Beijing Skyrizon with a Chinese industrial group. A plant was built in Chongqing in Sichuan Province with the Chinese firm intending to acquire a controlling packet of shares in the Ukrainian firm. Motor Sich would then move their most skilled personnel and technological processes to the plant in the PRC.

For more than two years, the US Government ignored this Chinese acquisition of Ukrainian defense know-how – as it had been doing for almost two decades. Finally, in 2019, the Trump Administration decided it would be contrary to US interests for the deal to go ahead.

Pressure was brought to bear on the company and its General Director Vyacheslav Boguslayev in the form of official protests from Washington against the sale. Those lobbying the Ukrainian firm to reject the Chinese offer have included former US National Security Advisor John Bolton, who visited Kiev in August 2019.

The Ukrainian executive’s response has been that the Chinese are the only entity providing jobs for this company, and that neither the US nor the Ukrainian government could fill the void if the Chinese deal were blocked.

During a December 2019 press tour of the company’s production facility, Boguslayev repeated an argument he had been making for months. Given current conditions with Ukraine’s modest defence outlays and the embargo on any exports to Russia, the only two choices for the company are to either sell out to a Chinese investor or be faced with furloughing large numbers of his workforce.

“I could close the plant - I could cut down the number of employees,” he said to the group of reporters in Zaporozhiye. “That was the problem before me. We decided to find an investor. We were told who the investor was, we went and talked to China. The stock owners sold them through our stock exchange. And I sold my shares.”

At the time of Bolton’s visit to Kiev, US administration officials stated “We are going to have a conversation with the Ukrainians about China’s ambitions and what our view is of what China’s up to. This is all part of the national security strategy and the national defense strategy. It’s a strategic competition with China.”

A former Russian weapon systems designer in Moscow who has worked with the Chinese for many years suggests that “the view that there is a strategic competition with China [and the US] is correct, but Washington looks at this entirely incorrectly – to the point where it is nothing short of malpractice.”

“US policy makers have decided not to know how China’s acquisition of Ukrainian defence technology has been a long-term disaster for the US military – just as they paid little attention to all of the kit Beijing was buying from Russia for so many years,” he continued.

More significantly, he also said, “Washington also tends to think of the problem as ‘the Chinese will have better weapons in a conflict with the US military.’ But that is only part of the dilemma. Some of Beijing’s most important allies against the US are in the Middle East – especially Iran.  If the nations in and around the Persian Gulf end up with a whole new generation of Chinese-made weapons then the problems of the US and its allies like Israel and Saudi Arabia have just begun.”

Reuben F. Johnson is a defense technology analyst and political affairs correspondent based in Kiev. He writes for numerous publications, including the journal European Security and Defence and the public affairs news service, the Washington FreeBeacon. The views expressed here are his own.

Photo: Oksana Parafeniuk for The Washington Post via Getty Images