Will Netanyahu move ahead with annexation? 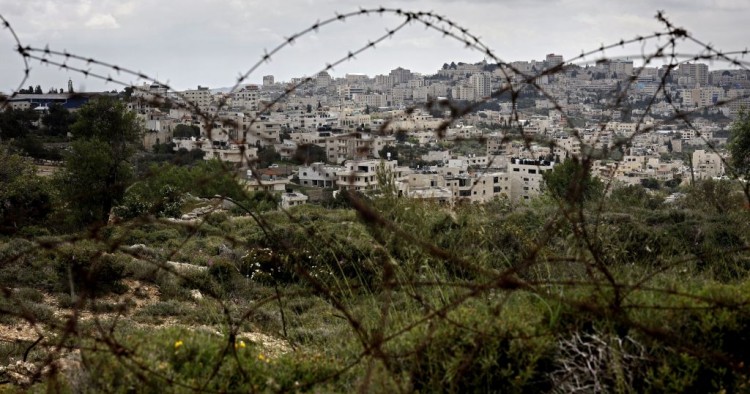 In the days before his recent election victory, Prime Minister Benjamin Netanyahu raised the prospect of Israel’s formal annexation of the West Bank settlement areas where close to half a million Israelis reside.

“I’m going to apply sovereignty,” he told an interviewer on April 6, 2019, “but I don’t distinguish between settlement blocs and the isolated settlement points, because from my perspective every such point of settlement is Israeli. We have a responsibility as the Israeli government. I won’t uproot anyone and I won’t place them under Palestinian sovereignty. I’ll look out for everyone.”

For more than half a century Israeli governments of all parties and constellations have been enthusiastic partners in policies of occupation and settlement of territories conquered in the Arab-Israeli war of 1967. During this time Israel has not so much defied the international consensus opposing its policy of “creating facts on the ground” as it has demonstrated the enduring power of its determined, single-minded focus on controlling the future of the West Bank, East Jerusalem, and even the Gaza Strip, in the face of principled but ineffective international opposition.

Throughout these many decades, Israel’s policy of “creeping annexation” has proceeded with great tactical flexibility. “Empty land” was taken in outlying areas before “state lands” critical to the creation of a contiguous Palestinian state with its capital in East Jerusalem were stolen by both settlers and state institutions. The rule of law was replaced with rule by laws devised by the Knesset and the military government in the West Bank that aimed to bind settlers and settlements ever more closely to Israel while denying Palestinians the territorial base from which they might hope to exercise sovereign control over their national destiny.

The Oslo Accords established a Palestinian partner and sanctified international support for the map of settlement and security control Israel had long before devised to realize this strategic objective. The creation of Palestinian political and security institutions led by the Palestinian Authority was an associated milestone in Israel’s effort over the decades to promote self-governing mechanisms for Palestinians that aimed to secure for Israel its territorial and security objectives while limiting the demographic and governing costs attending its permanent rule over close to 5 million Palestinians.

Israel’s West Bank policy to “grab and settle” — in the words of Ariel Sharon — has today a receptive soulmate in the White House. President Donald Trump has elevated Israel’s strategy of creating facts to the central rationale for recognizing its sovereignty in the Golan Heights and acknowledging Jerusalem as its capital, and in so doing has defied half a century of international convention and practice. With these precedents, there is no obstacle in principle for Trump to recognize Israel’s settlement facts on the ground in the West Bank, and to greet an Israeli decision to annex with understanding, if not warm support.

Settlements are the most important barometer of Israel’s intentions to remain forever in control of the West Bank, but they aren’t the only one. Within days of the June 1967 conquest, that is before even one nail in a settlement had been hammered, the Knesset on June 27 voted overwhelmingly to authorize the government to extend “Israeli law jurisdiction and public administration over the entire area of the Land of Israel.”

Israel immediately applied its self-delegated authority over East Jerusalem. But for all practical purposes, Israel subsequently extended its law and jurisdiction to settlers and the 60 percent of the West Bank placed under the settlements’ jurisdiction, while constructing a separate system for Palestinians under military occupation.

Settlements today are in most every respect already extra-territorial islands of Israeli sovereignty, and settlers already enjoy the rights of Israeli citizenship. This effort to erase the Green Line dividing Israel from its June 1967 conquests has long been the focus of an incremental, unceasing effort dating to those first days of Israeli rule. If Israel decides to annex, the areas where Israelis have decided not to settle — defined by Oslo as Areas A and B — 40 per cent of the West Bank, like the populous Gaza Strip, will certainly be excluded.

Annexing the land but not the people (Palestinians) is not a new policy. For half a century Israel has worked with single-minded attention to win for itself the territorial fruits of its conquest in June 1967 without bearing the burden posed by the presence of Palestinians.

Those who argue that having dispensed with a two-state solution, Israel will condemn itself to extending the franchise to West Bank Palestinians in a “one-state solution” have not learned the lesson of half a century of occupation, an era marked by a dynamic succession of Israeli innovations that successfully segregated and marginalized Palestinians even as settlements and settlers flourished.

Netanyahu, having taken the measure of international, and especially U.S., disinterest in effecting an Israeli retreat from the West Bank, now professes opposition to Palestinian sovereignty in Palestine. “We have to control our destiny,” he explained days before his reelection, “and that is going to be impossible if we place there an independent, Arab entity — an Arab state, for all intents and purposes. A Palestinian state. That will endanger our existence.”

Netanyahu is not the author of this formula, but as Israel’s longest-serving prime minister, he has overseen the consolidation of Israel’s presence in the West Bank and the exhaustion of international diplomatic efforts to reverse it. By declaring his intentions, Netanyahu has declared himself the patron of a policy that was once the province of right-wing ideologues. To those who warn that annexation will be Israel’s undoing as a Jewish and democratic state, Netanyahu, emboldened by the occupant of 1600 Pennsylvania Avenue, prepares to leap over the abyss.