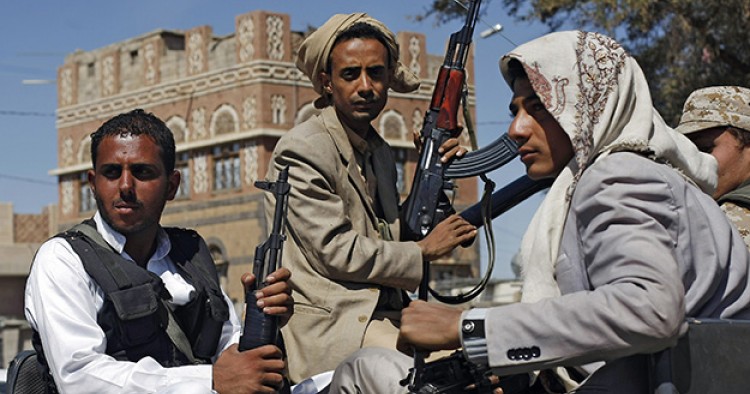 A month after the Houthi conquest of Sana, Yemen’s new political landscape remains uncharted. In Sana, the Houthi leadership is trying to coax Yemen’s political elite into a coalition government, while south of Sana, Houthi forces are pressing to consolidate their military power on the ground. Both efforts are encountering considerable resistance, but the Houthis may prevail still.

In Sana, the Houthi leadership wants Yemen’s diverse political elite to restart the political game after the Houthis upset the table. The ability of the Houthi leadership to consolidate its political power depends heavily on its forming a national government. Here the Houthi leadership has its best chance of success, as Yemen’s political elite seems gradually to reconcile itself to the Houthi presence, and the international backers appear to view the formation of a government, even under Houthi guns, as critical to Yemen’s future. Indeed, the United States, the United Nations, and European backers seem to see the best chance for Yemen in forming a government and holding the Houthi leadership to the letter of the Peace and National Partnership Agreement, which stipulates, among other things, the withdrawal of militias from the cities. But despite this fact, as well as that President Hadi appointed a new prime minister and that intense negotiations are under way to form a new government, many political leaders in Sana are hesitant to participate in a Houthi-dominated government. The Islah Party-led opposition coalition of the Joint Meeting Parties (JMP) and southerners are chief among these.

The proposed distribution of ministries in the new government reflects the new balance of power in Yemen: The Houthis control six ministries, the southern Hirak six, the former ruling party of Ali Abdullah Saleh nine, and the JMP will name nine ministers. President Hadi controls the four key ministries of defense, foreign affairs, interior, and finance. However, the JMP has yet to accept the invitation to join the new government, and it may well sit out this round of government. Furthermore, the Houthi leadership knows that it needs the support of the southerners to rule Yemen, so it offered all of its ministerial appointments to southerners. But so far, the southerners are disinclined to conclude any agreement with the Houthi leadership.  Indeed, when the southern movement gathered in Aden on October 14 to celebrate the fifty-second anniversary of the launching of the liberation struggle against the British, demonstrators sent Houthi representatives home and burned pictures of the Houthi leader. Thus, any new government will be fraught with internal tensions.

On the military front, the Houthi militia settled into Sana, then spread west to Hodeidah on the Red Sea coast, east to Marib in the desert, and south to Ibb, Taiz, and Bayda in the middle regions between Aden and Sana. The Houthi militia met little resistance until it reached Taiz and Rada. In Taiz, Yemen’s capital of the middle regions, the mayor convinced the Houthis not to enter the city. General al-Subaihi, commander of the fourth military region that includes the key cities of Taiz and Aden, forcefully stated that the Yemeni military was in charge of security and that he would not allow militias in the area. The Houthis respected Subaihi’s assertion of state power in the vicinity.

Outside of Subaihi’s regions, the Houthi seem intent on establishing military dominance. However, in contrast to the far north, where the Houthi leadership has deep tribal, political, and religious ties, in these mid-regions of Yemen the Houthis are not particularly welcome. The mid-regions see the Houthis as invaders rather than liberators. In Hodeidah, demonstrators from the Tihama movement—an indigenous movement arguing for self-rule of the western coast, similar to the southern movement—demanded that the Houthi militias leave, and Houthi security forcibly broke up the demonstrations, causing some loss of life. In the southern mountains, the city of Ibb saw anti-Houthi demonstrations demanding the withdrawal of the Houthi militias, and some military clashes have flared in the area as well.

In the eastern part of the mid-regions near Rada, the Houthi militia is encountering the stiffest resistance from al-Qa‘ida and local tribes. Al-Qa‘ida has long attacked the Houthis on sectarian grounds; for al-Qa‘ida, the Houthis are simply Shi‘i heretics.  Al-Qa‘ida killed 50 Houthi supporters in a suicide attack in Sana’s central square this month, and al-Qa‘ida is responsible for the death a few years ago of the father of Abdul-Malik al-Houthi, the current Houthi leader.

For its part, the Houthi leadership appears intent upon breaking al-Qa‘ida even at the cost of heavy loss of life. Houthi fighters supported by factions of local tribes, the Yemeni military, and U.S. drones attacked a major al-Qa‘ida stronghold among the Qifa tribe east of the town of Rada in al-Manasseh. The Houthi took al-Manasseh and forced the al-Dahab tribal leaders allied with al-Qa‘ida to flee, but the fight with al-Qa‘ida is not over. A bomb-laden truck exploded in al-Manasseh after the entrance of the Houthis, killing tens of Houthi fighters and the al-Dahab leader allied with the Houthis.

The Houthi face considerable obstacles consolidating their power in the middle regions, western coast, and in the eastern desert because people in these regions tend to see the Houthis as foreigners. To consolidate power in these regions, the Houthis must be able to establish security, stability, and justice, as they did in the north, but in these regions the Houthis do not have the credibility they have in the far north. Without allies in the far south, the Houthi leadership will find the task of rebuilding Yemen’s body politic much more difficult. The Houthis and the southern movement were both victims of Saleh’s regime, and the Houthi movement appeals to the southerners as such, but the southern movement sees the Houthis as yet another version of the northern regime attempting to gain control over the south and as a result refuses any cooperation.

The Houthi offensive in Sana paralyzed the Yemeni state and Sana politics. For the Houthi movement to survive its national aspirations, it must restart the state and Sana politics. Thus far, the Houthi movement and its allies are having difficulty convincing the rest of Yemen to cooperate. The major determinant of Houthi success will be whether the movement can stabilize the middle regions where the group is facing the greatest resistance. Leaders in Sana and outside the country are watching Houthi military fortunes on the ground very closely.

>>"The Huthi Ascent to Power," by Charles Schmitz