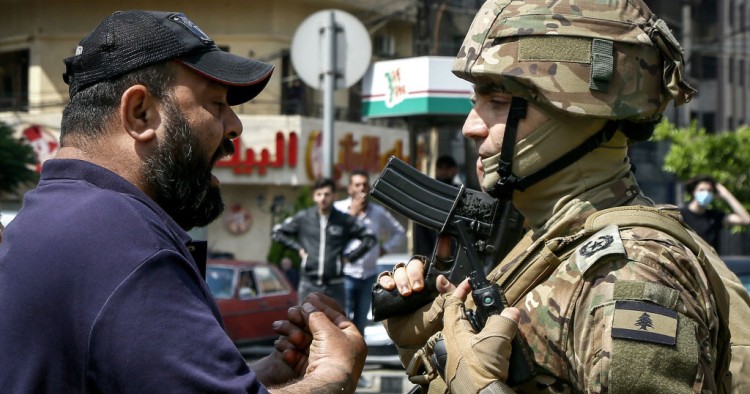 The cataclysmic explosion that rocked Lebanon to its core on Aug. 4 has compelled United States officials to focus on what matters the most: the prevention of another failed state in the Middle East from which only America's regional foes can benefit.

But the one actor left standing in Lebanon that can help achieve this minimalist objective and avert this worst-case scenario -- the Lebanese army -- is under fierce assault by the same forces that have brought political ruin and economic bankruptcy to the country and sought to undermine U.S. goals in the region: Hezbollah and its foreign patron, Iran.

For years, Hezbollah has sought to discredit the Lebanese army and portray it as a weak institution that is incapable of defending the country from Israel and Sunni militancy. It has done that mostly to justify its unique armed status and preserve the military role it plays, which falls outside any Lebanese state control.

But lately, this campaign by Hezbollah against the Lebanese army has reached new heights. The Shia group is increasingly worried about the growing competence of the army thanks to years of training with the U.S. military, the widespread domestic consensus on its national security role and the successful partnership it enjoys with the U.S.