Assad won’t budge and here’s why 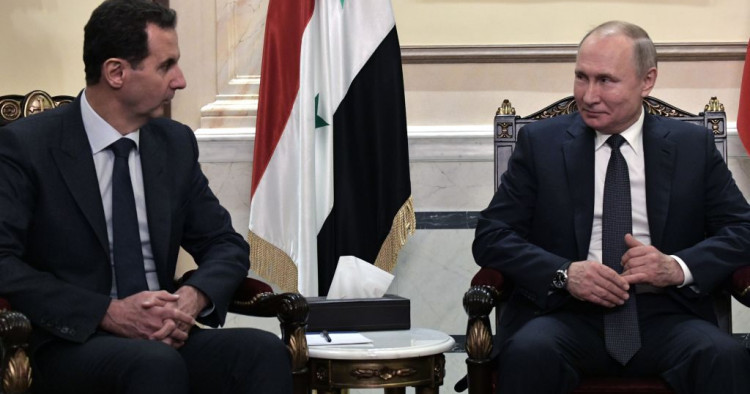 Western countries, some Gulf states, Turkey, and to a far lesser extent even one of his own key backers, Russia, have been pressuring Syrian head of state Bashar al-Assad to be more flexible about accepting a political settlement to the Syrian conflict. But Assad has refused to budge an inch.

Currently, most countries opposing the Syrian regime want Assad to accept U.N. Resolution 2254, passed in 2015, which, among other things, calls for fair elections, a new constitution, and credible, inclusive, and non-sectarian governance.

To understand why Assad is not budging, think of the options he’s facing.

The only meaningful stick that has been used by the countries opposing him is unilateral economic sanctions, allowing Assad’s key backers, Iran, Russia, and China, to continue to prop up his regime somehow unhindered. Sanctions make him grow richer at a slower pace. Or perhaps actually become poorer. But he can muddle through, as he and his father have done for decades, leaving civilians to bear more of the brunt.

By contrast, a political settlement to the conflict would be disastrous for Assad. Accepting any form of political reconciliation will ultimately lead to his toppling as he’s, quite simply, not popular. The Russian RIA FAN news agency arguably showed in April 2020 that only 31% of Syrians in regime-held areas approve of him. Another survey conducted in Damascus in late 2020 by the Operations and Policy Center showed that nearly two-thirds of respondents wish to leave the country (63.5%). Even people in his most cared-for areas are sick of living under his rule. A political settlement will eventually mean the end of Assad’s political future.

While losing power on its own is catastrophic, Assad stands to lose much more if he’s no longer in office. His chances of standing trial, either locally or internationally, would be significantly higher. Justice is much more likely to be served on the weak.

Augusto Pinochet, the infamous dictator of Chile from 1973 to 1990 and its army commander-in-chief until 1998, was indicted for various crimes from Spain and later from London under the principle of universal jurisdiction, with the courts declaring themselves competent to judge crimes committed in another country by a former head of state, despite the existence of local amnesty laws.

Worse still, Assad could face the fate of Adib al-Shishakly, another Syrian dictator who succumbed to public pressure at the height of an insurgency in the mid-1950s and resigned, citing a desire to not drag the country into civil war. He fled to Brazil, only to be assassinated a decade later by a fellow Syrian, who was orphaned as a result of his military campaign against Jabal al-Druze.

Bashar al-Assad has killed far more innocent civilians to date than Pinochet and al-Shishakli combined. He makes them look like angels.

The countries opposing Assad will only succeed in ending Syrians’ misery with bigger sticks and more carrots — in short, a comprehensive policy. They need to put themselves in Assad’s shoes to understand why the current approach will not bring about a political settlement. You can’t nudge a rock in the middle of a road and expect it to move.

Karam Shaar is a Non-Resident Scholar at MEI, the Research Director of the Operations and Policy Center, a Senior Lecturer on Middle East politics at Massey University, and an independent consultant on Syria's political economy. The views expressed here are his own.